Sее Ukraine sets off to Munich 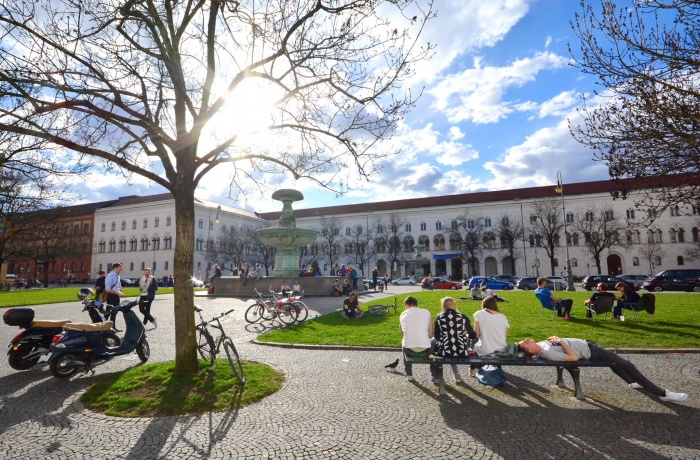 The European tour “See Ukraine: An Empty Pedestal” by the Docudays UA arrives in Munich on November 6-11. The Monopol Kino cinema hall will host film screenings, the LOVAAS gallery will present the contemporary Ukrainian art exhibition, while one of the oldest universities in Germany, Ludwig Maximilians Universität, will provide the venue for open discussions.

This year’s See Ukraine concept is named “An Empty Pedestal”, representing an attempt to analyse the country’s current situation. As de-communization kicked off, social values are being discussed, and the very core of Ukrainian history is being re-evaluated. With the pedestal now empty, new idols are wanted. Who might live up to the role? And should these old podiums be filled in the first place? Is it worthwhile to follow in the footsteps of old ideologies?

The festival’s film programme includes four celebrated documentaries, presenting a fleshed-out look of contemporary Ukraine. The contemplative “The Cacophony of the Donbas” by Igor Minaiev studies the blind spot of Ukraine’s modern-time history, the birth of the ‘Donbas myth’. The film incorporates rare archive footage as well as interviews with the witnesses and victims of Russia’s aggression who used to reside in Eastern Ukraine. “Dixie Land” by Roman Bondarchuk shows the daily struggles of the Kherson Children’s Jazz Orchestra. The film won the national competition at the 2017 Odessa International Film Festival. The poetic “Delta” by Oleksandr Techynskyi focuses on the day-to-day lives of the residents of Volkovo, a small town in the estuary of the Danube, at the very border between Ukraine and Romania, often dubbed “Ukrainian Venice”. The film received the special mention at the oldest German documentary film festival, DOK Leipzig. The programme’s fourth film, “No Obvious Signs” by Alina Horlova has both won a Docudays award and been selected for the competitive programme for Leipzig. It arrives in Munich right after being screened there. It tells the poignant story of a woman back from war. Amid conversations with psychologists and her struggle against PTSD, she is fighting to return to normal life.  Screenings will traditionally be followed by Q&A sessions with the films’ creators.

The “Empty Pedestal” exhibition, set up to enhance the dialogue with the cinematographers’ documentary vision, offers a glimpse at the reality of contemporary Ukraine, as recreated by modern art. The exhibition includes works by Kostiantyn Zorkin, Yevhen Nikiforov, Oleksandr Navrotskyi, Yulia Chervinska, Ihor Chekachkov, Valerii Miloserdov, Maria Plotnikova, Serhiy Radkevych as well as a selection of archive photographs by Mark Zalizniak (1893 – 1982), an Eastern Ukraine-born amateur photographer, showing a new dimension of pertinence in the current context. The exhibition is curated by Oleksandr Mykhed.

“See Ukraine: An Empty Pedestal” incorporates a platform for discussions as a key element, offering European visitors to reflect on two opposing trends currently in force in Eastern Europe – “re-communization” and “de-communization”. Neither of them has, in fact, much to do with the ideology of communism; rather they reflect the struggle between neo-authoritarianism and liberal democratic values. Where does Ukraine stand in the fight and what are the country’s intentions when it comes to its own empty pedestals? These are some of the questions to be tackled by Ukrainian and German speakers during the discussion running under the name of “Ukraine: In Search of a Post-Communist Identity”. The panel will include the German historian Dr. Franziska Davies, the journalist and civil rights activist Mr. Maksym Butkevych as well as the writer and art curator Mr. Oleksandr Mykhed. Mr. Volodymyr Yermolenko, philosopher and writer, will moderate the discussion.