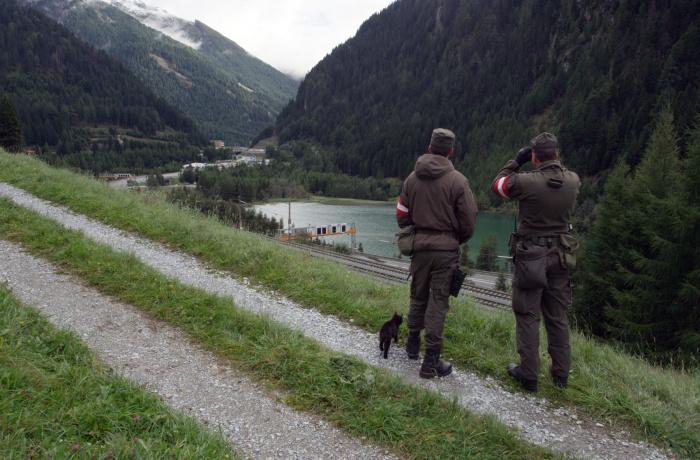 Perhaps the most important cultural changes that the digital technologies have brought along, and which we already take for granted, are global accessibility and openness. What if this freedom is endangered? This year’s DOCUDAYS UA features a special screening of the new documentary The Border Fence by Nikolaus Geyrhalter, the Austrian documentary master. Yulia Kovalenko tells us about the movie.

In the digital era, the world is getting rid of borders. The internet and webcams allow us to travel thousands of kilometres in seconds, and mobile phones and social networks connect us to anyone without leaving our homes. This infinity refers not only to the virtual space, but also to the real, administrative space. Countries on every continent cancel visas, and messages from mobile operators are the only thing that reminds us that we are crossing borders within the EU – although this also became conditional in 2017, after the cancellation of roaming fees for the EU residents. Suddenly, the creation of a free global space faces an error – an unpredictable situation without a foreseen algorithm for regulation. The world is on the verge of losing its fragile openness and boundlessness. Fences are appearing on the borders of various countries.

Homo Sapiens (2016), the previous film by Nikolaus Geyrhalter, was wordless – the filmmaker’s camera peered into silent spaces where time has not stopped, despite the collapse of overwhelming human ambitions, and has filled the abandoned buildings with amazingly vital wild nature. What will happen to the planet if humankind suddenly perishes? Nothing, answers Geyrhalter; life will not end there. The Border Fence, the Austrian documentary director’s new film, formally opposes this view. This film, which is based on numerous interviews, focuses on the social dimension – the dialectic of Me/Other and the problem of defining borders in the contemporary world. 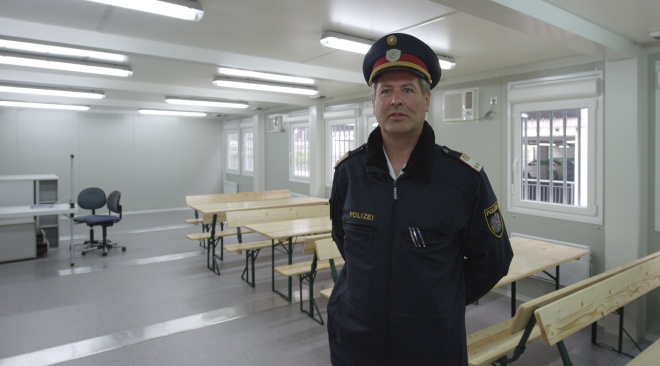 In 2016, Brenner, a small terminal point lost in the midst of the picturesque Alps, turned into a flashpoint on the political map of Europe. Here, an important motorway lies on the border between Austria and Italy. In addition, this was the path taken by the refugees who, having overcome the Mediterranean waters, are looking for better luck in Northern Europe. This gave the Austrian government the idea to construct a metal fence hundreds of metres long in Brenner, which would lead directly to a special police station.

“There is no other solution,” the locals say in front of the camera. “We sympathise with the refugees! Nevertheless, we cannot help them on our own. This is why the government should help them this way.” The employees of the newly created checkpoint conduct a brief excursion: the fates of thousands of immigrants will be decided in a neat light room with wooden benches and tables. The policeman assures that erroneous decisions are impossible, since the algorithm excludes any subjectivity – it is a whole series of checks, a systemic process. “This is right”, the locals agree. “The government should regulate the level of crime and stop those refugees who have problems with the law.” Subsequently, they mention their sympathies again.

It would seem that the Old World has found a way to resolve the crisis, and has resisted the threat of losing its liberal values and freedom. However, does not the return of long-forgotten borders in the era of globalisation change Europe itself? Geyrhalter begins with the most evident, economical aspect, addressing it on an everyday basis. The fence between two states will be a serious blow to the ordinary milk carriers, owners of small cafés, and local farmers, who have developed many shared businesses throughout the years of the free space’s existence. The material wall with the checkpoint is a direct way to slow down life and entrepreneurship, both in this small region and in the two countries in general. 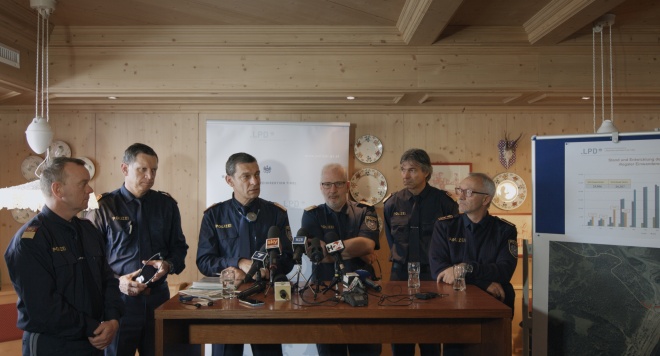 Nevertheless, Geyrhalter goes further than that. The project of constructing the fence in Brenner allows the filmmaker to raise issues of identity in the contemporary boundless world. “I am a Tyrolean,” one of the film’s characters answers the question about her self-identification without reluctance. “It is important for me that our traditions are preserved, it is important that we are able to celebrate our Catholic holidays.” While the hint of utter particularity and alienation from the refugees is clear, what differentiates the Tyroleans from Austrians, Italians, or other Europeans? The woman does not answer this question.

“We sympathise with the immigrants,” “they were forced to flee,” “they are overcoming an extremely difficult way,” “but they are unable to adapt,” “they are from a different culture” – these words are heard from the screens more and more often. The border fence project just seems to be an attempt to pretend that the situation is under control. In fact, Brenner resembles the point from which the issues of coexistence in the modern world radiate outwards, like cracks on glass. Borders become more blurred, and territories turn into virtual images. Under such circumstances, a fence between two states is not such an innocent tool for ‘regulating an unpredictable situation’ as it might seem. One of the film’s characters, while ardently defending the right of the refugees to become a part of European society, mentions the colonial past and the whole Old World’s responsibility for it. Europe is freedom, tolerance, solidarity, and responsibility; however, according to this man, all of these will collapse with the construction of the Brenner fence.

The project of the fence was never implemented – partly due to the public reaction. Nevertheless, the question remains open: what happens if another human ambition to develop a free, equal, and unhindered society fails? Geyrhalter does not give an answer in this film. Maybe it would be similar to the one from Homo Sapiens: it will be a different world – but still, it will be.