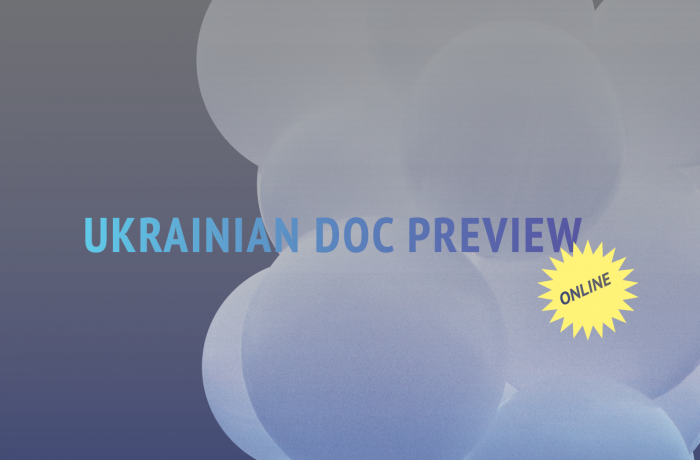 Ukrainian Doc Preview is an opportunity for Ukrainian teams to present their full-length documentary projects in production and post-production to international festivals selectors and representatives of international funds, sales companies, and broadcasters. Pitch is usually held in the format of virtual round tables, each bringing together one project team, moderator and panel of experts. Project presentation takes up to 10 minutes, followed by a 20-minutes moderated discussion with experts.

Plai. Path Through The Mountains

Diary of a Bride of Christ

Diary of a Bride of Christ / Director: Marta Smerechynska

Diary of a Bride of Christ / Director: Marta Smerechynska

Explore the detailed information about the festival's awards here.

Brigid O'Shea and Tracie Holder will conduct the special training before the pitching, and then moderate the virtual round tables on April, 22.

This year's Ukrainian Doc Preview was held in partnership with the Ukrainian Institute.