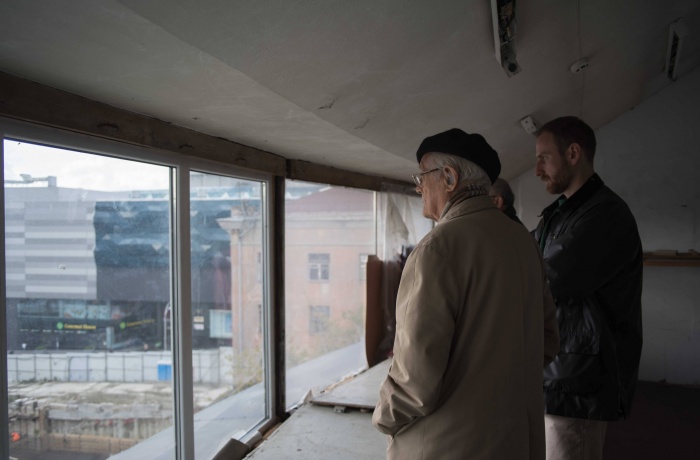 On March 23rd, the “Zhovten” cinema hall will host the presentation of the winning films from “CIVIL PITCH: Civil Activism Films”. The competition represents a one-of-its-kind format for Ukraine, bringing together civil activists and documentary filmmakers who joined forces to create films aimed at social change. Over the past year, they have been working together on short documentary stories.

The show will feature four works. Each one touches upon a burning social issue in contemporary Ukraine. Yulia Nabozhniak-Kochetova’s “While You’re All with Me” takes the viewer to a therapeutic training for sex industry workers. Dmytro Tiazhlov’s “No Status. Ukraine” dwells on the life of a Russian civil activist and a Kirghiz journalist in Ukraine who have no legal status here. 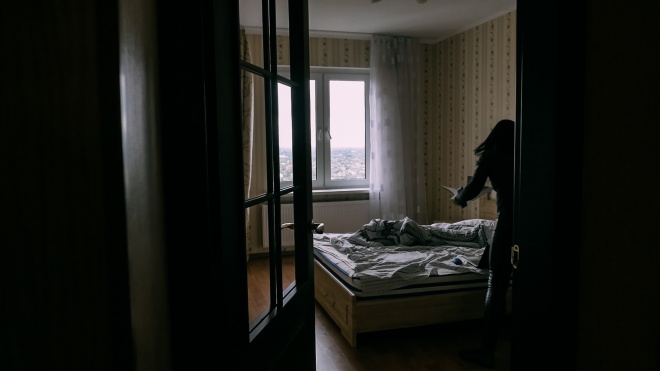 The protagonist of Taisiya Kutuzova’s “Shut the Fuck Up!” is the activist Serhii Chaharov who has been fighting corruption in his home-village, Hatne, for the last 15 years. Official documents and journalistic publications are his two key weapons in the struggle. 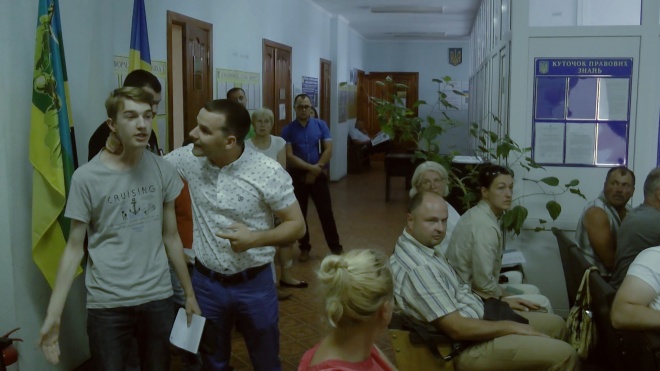 From Taisiya Kutuzova’s film “Shut the Fuck Up!”

Oleksiy Radynski’s “Front Color is Blue” depicts the artist and architect Florian Yuriev. In a bid to save his architectural creation, the Kyiv “UFO”, Florian launches a campaign against the despotism of the capital’s developers. 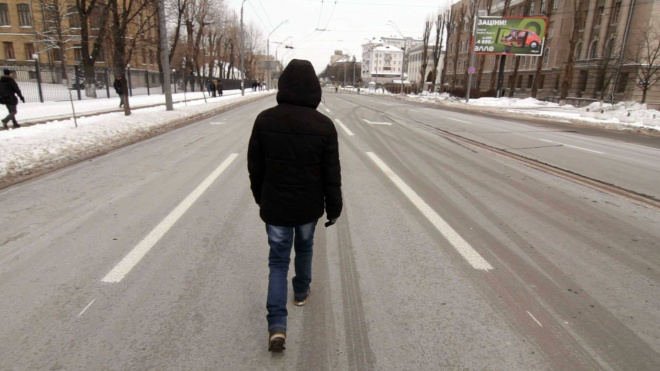 The four films were victorious at last year’s pitching event that market the final stage of the Docudays UA-2018 “CIVIL PITCH: Civil Activism Films” program. Each of them received a $5500 cash prize. The funds to support the films’ production were provided by the USAID/ENGAGE activity, funded by the United States Agency for International Development (USAID) and implemented by Pact in Ukraine.

The films will be screened at the “Zhovten” cinema on March 23rd, at 17:00, “Kinoman” hall. The entrance to the screening is free (free tickets can be taken at the festival ticket office at the cinema).

The festival’s civil rights program, Rights Now!, held at the IZONE space (Kyiv, Naberezhno-Luhova str., 8) will feature additional screenings of these films as well as discussions involving the characters, other activists and directors. “Shut the Fuck Up!" will be screened on March 24th, at 14:00, followed by the discussion “Defenseless Defenders: Why Civil Activists are Attacked and How Do We Stop It?” March 24th, 16:00, will see the screening of “Front Color is Blue,” followed by a discussion involving the film’s protagonist as well as members of the SaveKyivModernism initiative. On March 29th, at 17:00, the film “No Status. Ukraine” will be screened, followed by a discussion with the film’s characters, the UNHCR representative in Ukraine as well as the No Borders team.