A Woman Captured: A Story of a Struggle for Freedom Opens the Docudays UA Festival 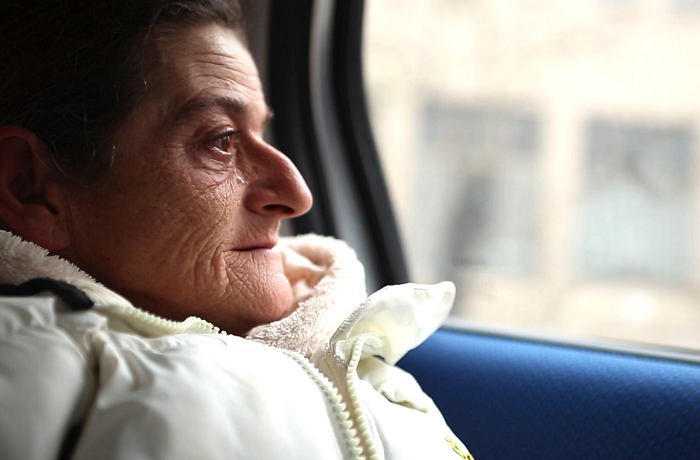 Marish spent eleven years in slavery in an ordinary Hungarian middle-class family. Her documents, property, her own daughter and even her name were taken away from her. The dramatic story of Marish demonstrates how close and, at the same time, how invisible the problem of contemporary inequality is.

A woman wakes up, and her aged, tired face smiles awkwardly to the camera. She starts to do household chores, and we understand that this woman is a servant, but we cannot yet guess that she is a slave deprived of any rights. Several years ago, the director Bernadett Tuza-Ritter met Eta, who proudly claimed that she never worked a day in her life and that she owned a few slaves, including the 53-year-old Marish. Marish is busy seven days a week: she does all the household chores and also works at the local factory, handing all her earnings over to Eta. In the house, where she is held by force and threats, she has absolutely no rights. The only things she can afford are cigarettes and coffee, but the woman is not allowed even to go out to the store whenever she wants, not to mention to own personal things and money. Marish’s only treasures are a couple of old photos and a book with a totally inappropriate title, How to Find Real Happiness. “There’s never any happiness where I am,” she says in a resigned voice. Her obedient resignation and her relinquishment of her own personality are even more shocking than the horrible living conditions which Marish has already accepted as the way things are.

Tuza-Ritter’s debut can actually be categorised as a documentary thriller. With increasing tension, we watch the gradual revelation of a classic story about a helpless person who strives to free herself from the captivity in which she has lived for a long time under conditions of moral and physical oppression. The director could film Marish for so long and so closely only with Eta’s permission. The mistress took money for the shooting, but always remained outside the frame; we only hear her voice or see her sleek hands with their vulgar nail polish. This anonymity of the slave owner becomes a kind of quintessence of the transparency of evil, which can hide behind a mask of mundanity for decades. Marish was not isolated from the world, she was not kept behind bars — she walked the same streets as free people, but remained in the shadows, hiding her actual fate. Contemporary slavery astonishes us with its ordinariness — it turns out to be much more widespread than is publicly claimed. 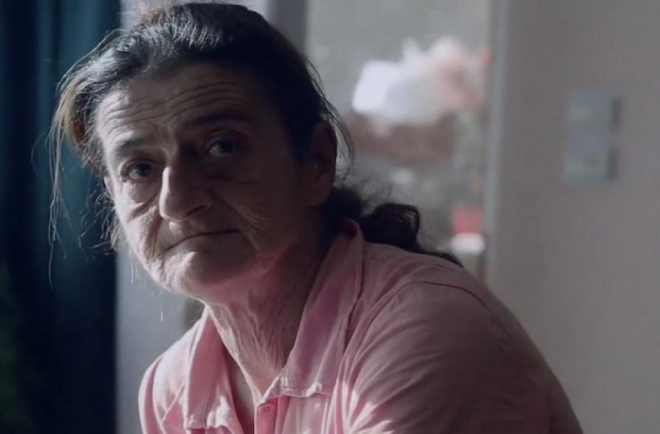 The first half of the film is completely focused on the protagonist. We see her working, being humiliatingly scolded, smoking, secretly complaining and slowly revealing the details of her former life to Bernadett. It turns out she has children. Her younger daughter used to live with her at Eta’s place, but she ran away to an orphanage, and now they do not see each other. In these quiet conversations, the two develop trust. Going far beyond the director-protagonist relationship, Tuza-Ritter’s documentary filming transforms into therapy and actual help. Feeling that she is supported by someone at least, Marish seems to gradually wake up from a horrible dream — ever more often and more confidently, she speaks about her desire to run away from Eta, despite her unsuccessful attempts in the past. The intimacy between the protagonist and the director is not even ruined by the fact that Bernadett must pay for filming Marish’s life. “I allow you to film myself so that people could see how they should not treat others, and that everyone deserves respect, even if they have lost everything,” says Marish calmly. Soon, we learn that she has made plans for escape, and that her real name is Edith.

Even if it seems that in our days slavery can only be exceptional, A Woman Captured testifies to problems which exist in every country, including Ukraine. Through a single story of captivity, Tuza-Ritter reveals a systemic tragedy in society, which develops as a result of ignorance and silence on the part of government structures. Bernadett did not remain an irresponsible observer; she went to the police, but she was denied help, although the police admitted that they are aware of cases like this in Hungary. The state has practically no idea how to respond to contemporary slavery, slavery which has turned into a transparent evil, but is dissolved in everyday life. At the same time, the director records in detail the mental state of the victim and the abuser, the slave and the master. In a dialogue with Bernadett, the ‘slave owner’ explains her position with absolutely no qualms, without trying to justify herself: she provides a roof and food to Marish, so there is nothing horrible in this situation. The slave always owes something to the master — but, as we know, of these two, only the slave can achieve freedom. More than 1.2 million people who live in contemporary Europe are slaves. We think we do not know who these people are, but why are we so sure?