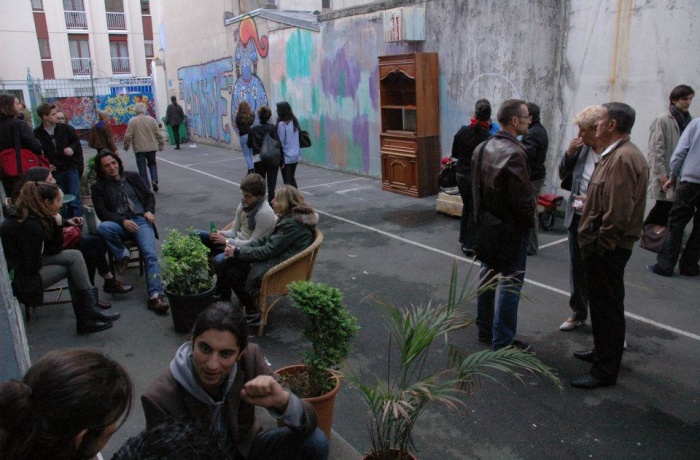 Madrid. Munich. Paris. 7 spaces — galleries, cinemas, art centers — which are rethinked and revived when targeted by See Ukraine. Already in a few weeks, Docudays UA will go to Europe again with its project of cultural diplomacy. It will involve screenings of contemporary documentaries from Ukraine, an exhibition of Ukrainian artists, and, of course, a discussion platform, where international and Ukrainian experts will discuss the concept of this year’s project called the Empty Pedestal. Read about what’s special and important about the locations where this year’s See Ukraine is going to take place in our blog.

the curator of See Ukraine

A year ago, See Ukraine already opened the fall season in the Cineteca film theater, which is located in the contemporary art center Matadero Madrid. This year, the project returns here again. And, to be honest, it’s my little bit of joy, because I was so impressed both with the history of the theater’s founding and with its program. 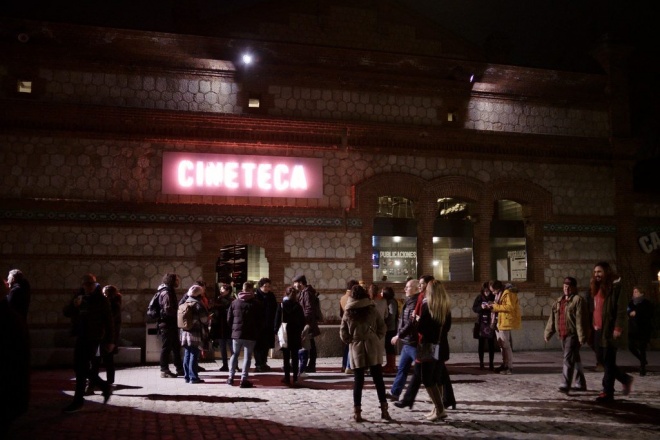 First of all, it’s a municipal art center which was created in an abandoned bull hospital. Today, it’s a thriving cultural space where you can find anything, from a theater and a gallery to a rental bike shop. The explanation is that three years ago, Madridians elected for mayor the seventy-year-old Manuela Carmena, who is known for protecting the victims of the regime under Franco. From the start, Manuela enthusiastically engaged in “treating” the city’s painful spots. She founded programs to revitalize abandoned spaces, announced urbanist competitions which encouraged socially active citizens, supported campaigns to assimilate refugees and, actually, always actively participates in demonstrations against gender violence and inequality.

Secondly, Cineteca has such stable funding from the government that it never screens blockbusters and other box office garbage. The film theater’s program lists only documentaries, auteur films, curated collections and festival screenings. The local bookshop even has books about Dziga Vertov in Spanish! 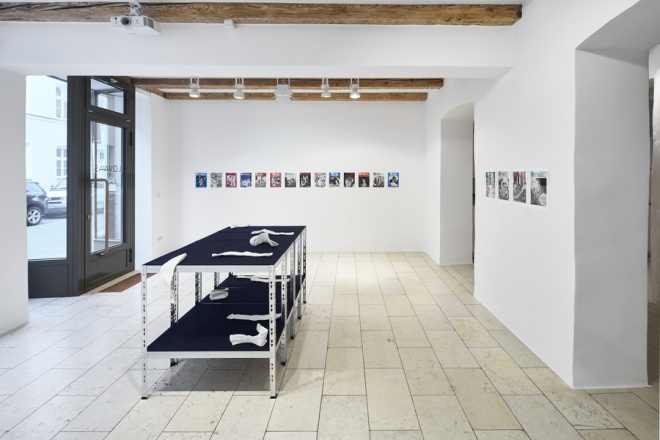 the coordinator of See Ukraine in Germany

The thematic focus of this year’s See Ukraine motivated us to look for institutions which would allow, on the one hand, a kind of synergia with the city’s public space, and on the other hand, would enable an open discussion about the complex questions of social transformations in Ukraine. And Munich is actually the place where the announced topic, the Empty Pedestal, seems extremely relevant. The place is an example of democracy and social orderliness. But at the same time, from the historical perspective, it is here that the Nazi regime, in its time, constructed its social foundation, whose shadow is still visible, for example, in such buildings as the monumental Haus der Kunst, or in the Odeonsplatz where the infamous burning of forbidden books took place. For decades, the social challenge was to find the consensus as to what, if anything, can remain visible, and in what form.

The documentary program will be screened in the Monopol film theater, which has its own faithful audience for documentaries. The exhibition of the work of young Ukrainian artists will visit the Lovaas contemporary art gallery in the museum area in the city center. The discussion involving human rights activists and historians from Ukraine and Germany will be held in the University of Munich, in collaboration with the School of Eastern European Studies. 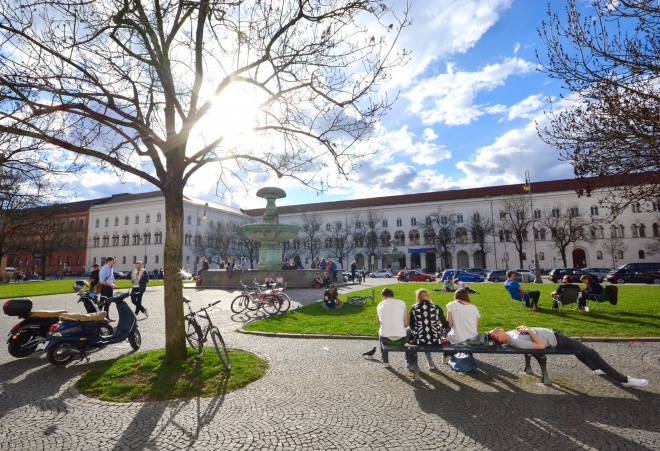 From this city’s perspective, Ukraine is very far away, and, however disappointing it is, it’s still much farther than geographical markings. Today, when Ukraine is at war, and Germany is trying to deal with new challenges of radical right sentiment, the language of documentary film, art and discussion remains one of the important instruments for coming closer together and, at the same time, coming closer to ourselves, not least by looking at others. 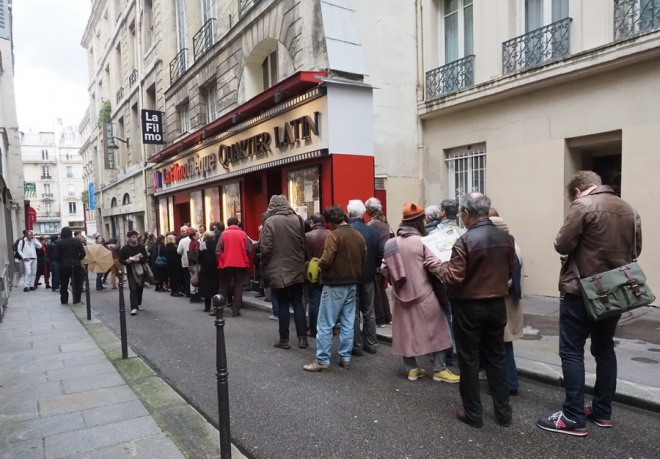 the coordinator of See Ukraine in France

When See Ukraine started its tour around Europe a couple of years ago, Paris was the first city to host the festival. And it was met with a very warm welcome. I am glad that this would be the second time that we will show our film program in the iconic film theater in the Latin Quarter, near Sorbonne and the key locations of the 1968 student revolution. By the way, after one of the screenings in 2015, I was approached by an old man who was almost crying. It turned out that the episode where the pavement stones became one of the symbols of our revolution reminded him of his student youth, when he also threw pavement stones in the Sorbonne square and prepared Molotov cocktails.

La Filmothèque du Quartier Latin hosts many festivals and unique retrospectives. It’s an independent Paris cinema which has screened arthouse films for more than 15 years. And, actually, it’s one of the last cinemas in Paris which still screens films from the 35mm film.

See Ukraine: Docudays UA On Tour is a cultural diplomacy project implemented by the International Human Rights Documentary Film Festival Docudays UA. In 2016-17, the Festival visited France, Greece, Italy, Germany and Spain. The project is supported by the Open Society Initiative for a Europe (OSIFE).