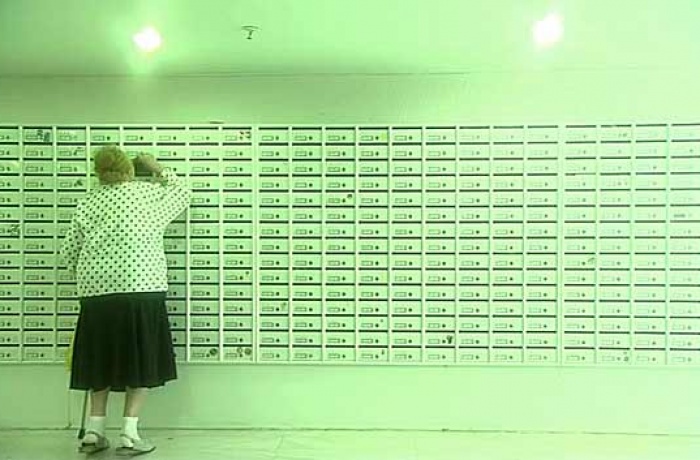 A luxurious hotel turned absorption center, a place where time has come to a standstill. Eight floors, 700 rooms, 600 people. Long corridors, a reception office, a club, green lawns and the vestiges of a pool. The Hotel Diplomat in Jerusalem was once a five-star hotel. For nearly 20 years it is home to 600 immigrants from the former Soviet Union. Never having integrated into Israeli society, its residents have created their own little island, secluded from the outside world. Many of them never leave the haven of its walls. After all, even their most basic needs like medical care can be provided for by their neighbors down the hall in their own language, Russian. This documentary film has the feel of a surreal feature film about a world within a world and the people who live there.

Dana Goren was born in Jerusalem in 1974. She graduated as a director and screenwriter from the Sam Spiegel Film and Television School – Jerusalem with excellence, in 2002. During her studies she won numerous prizes and awards. Prior to the film studies she studied still photography at ICP, New York and at Musrara School of Photography, Jerusalem.