6 rules to live by at Sheffield documentary film festival 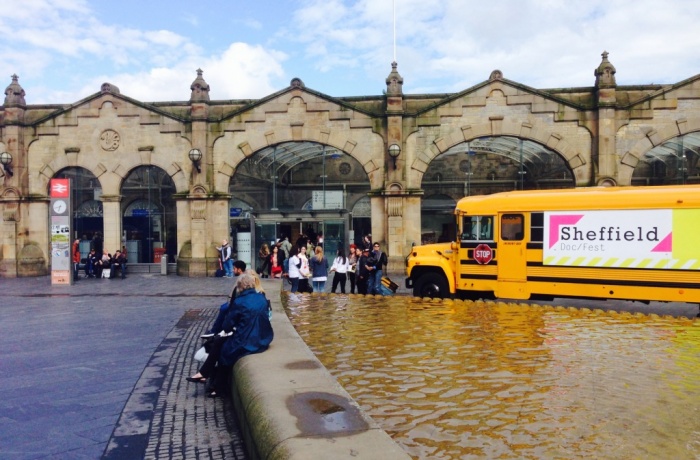 Sheffield Doc/Fest is one of the biggest and powerful film festivals in the world. This year the festival was held on June 7–12. Victoria Leshchenko, Doudays UA International Human Rights Documentary Film Festival program coordinator, has brought some impressions from Sheffield.

The theater is packed. Beside me, two girls discussing the coming premiere telling about ups and downs of one popular skateboarders, the Pappas bros, “This is going to be emotional!” ”Yes, a very emotional story.” Are you serious? I ask myself, while my seventh sense keeps telling me it’s going to be yet another TV scum, and simultaneously my eyes stick to the scene from which the Program Director, adorable Hussein, addresses the audience. Each film presentation is no less than a rock opera with him. Joyful and excited, he shouts, and the audience echoes his utterances with friendly roaring. Having waken up a half hundred guests, he enthusiastically tells how he’d follow the film’s creation path for at least four years. Then he waves happily at the projectionists saying, “Hey you, booth guys, it’s going to be OK! Believe me!” My brain just explodes due to such waves of support – being familiar with all shades of stress overflowing those in the booth, I find this simple gesture obviously brilliant. Should I say the screening went smooth as butter?

Hussein is extraordinary. Always sharp dressed in a tailored suit and extremely colorful shirts. An ex young director himself, he’s very supportive with newbies and debutants. For instance, it was he who presented early morning students screenings. I met him before all but few competition screenings and before each important evening screening. In between he managed to socialize with some of the colleagues asking how they feel. 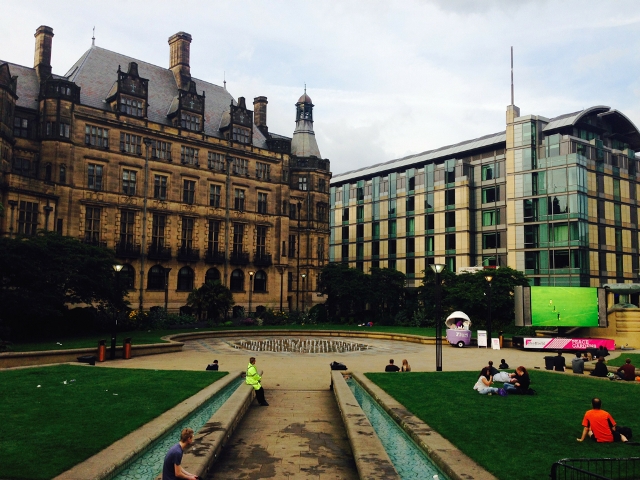 2. Stop looking for a masterpiece.

As a grand media show, Sheffield is like a borderless Twitter thread (which was literally projected directly onto the walls of the theater). As it generally goes in Britain, it’s almost like you knew it should be although a bit different. And that bit is the key to understanding everything. About 80 percent of the program is British and American. Those are quality films, TV products selected for their high level production. The first to draw attention is unwillingness to look for a masterpiece, a solid gold bar of a film, which is the main target of European festival selections. This grants freedom to enormous energy contributed to the professional event block – seminars, workshops, sessions on production. Of around 3500 guests attending the festival, the majority comes here on search of co-production and distribution opportunities. Here, it doesn’t matter what’s produced but rather how it’s produced. And the how is the holy grail for American and British documentary filmmakers. 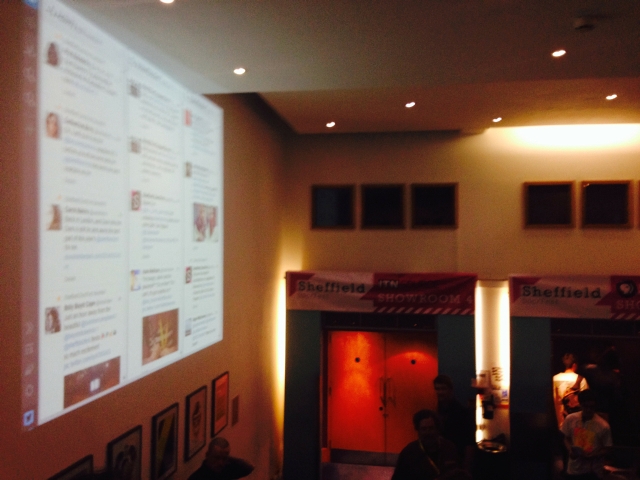 3. Just imagine that all this can be done over the internet.

Quite intriguing is how our level of innovation and the large block of events is connected with web-documentaries and cross-media projects. This year Crossover Labs included a summit, a web-documentary digest at the local gallery Millennium, and the interactive project Chose Your Own Documentary by Nathan Penligton (http://www.cyod.co.uk/0ufu30tljqjlha1hj9ine9m9wcwo7v) where each viewer could choose their own course of events. Things that are after-tomorrow matters for Ukrainian documentary filmmaking, here are simple matter of today. Unfortunately I didn’t manage to visit the secret lodge of new media and digital tech fans, but having looked at the list of events I could say that nothing escapes a British eye, from iPad to mobile phone cameras. In other words, each gadget has its workshop. 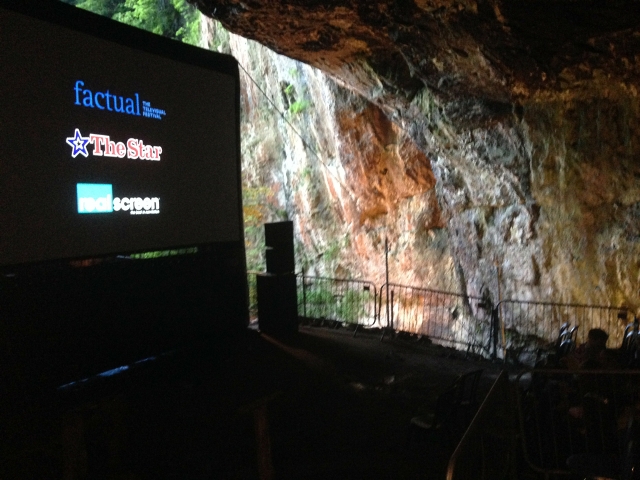 4. Out-of-theater screening is a must.

For instance, at a real cave. Multichannel programming is the main method here. Here, a tedious opening ceremony is substituted by screening three different films at different venues, from grand theater of the City Hall to a no less grand cave out of town. Screening on a 7 meter screen in a cave with 400 seats and a bar is unforgettable. The soundtrack is accompanied with natural resonance of the cave itself and the cries of the birds living in it. Sheffield’s screen enters the wildlife like TV sets had entered the life of countryside dwellers. The choice of location for screening one of the opening films, Happiness (France, Finland, 2013), looks like a direct hit. As for outdoors venues, they are of great variety – both in and out of town – showing festival program on a daily basis. Taking into account high prices for theater tickets (10 GBP, or 200 UAH), local citizens are frequent guests here. 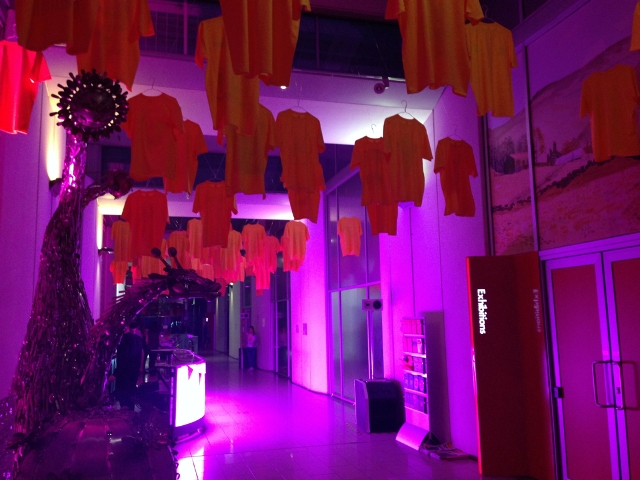 5. Go to a team and volunteer party.

Competition sections don’t follow the principle of splitting the program into short and full-length. Nomination titles are mysterious and intriguing, emphasizing innovation and viewing potential (audience award winner automatically goes to the Oscar short list). Some award are given by student and youth jury. It’s funny how the final ceremony takes place in the early morning outdoors. The efforts spent on drawing all jury members to the ceremony after a night party are known only to team members. They share their secret that very evening – and night – at the party for team members and volunteers welcoming all festival guests. 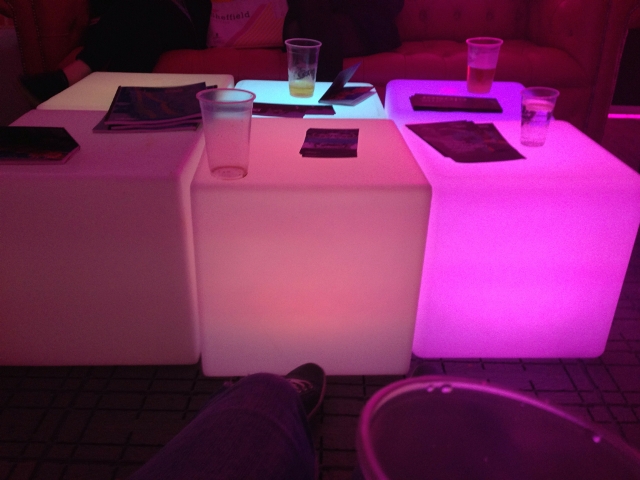 6. To befriend the British, offer them a beer; to befriend festival guests, invite them to a barbeque

A long line grows near the porch of the Show Cinema – the line not for tickets but to get a bratwurst from the steaming grill and then, still eating it, visit the bar at the theater. There you get a super-Americano with an unthinkable amount of water in it. Constant humming never stops. It feels like a beehive. If you’re lucky enough to get a table, than you’ll be immediately surrounded by a producer-hive asking politely about the situation in Ukraine. If the small talk is successful, be sure to see them on the dance floor next time.

Parties are unconceivable here, with dj-sets till 4 AM. The fashionable Millennium Gallery and special festival center, the Cube, become one in the party mixture: programmers, team members, local freaks, film characters exchange their roles like at a masquerade. Yesterday’s that-very-Ben-Pappas, the Australian skateboarder with his prison and drug experience engraved in his face, so serious at a Q&A session becomes tonight’s party dj – and that-very-cute-reckless-teenager swinging his hand to South African rhythms. 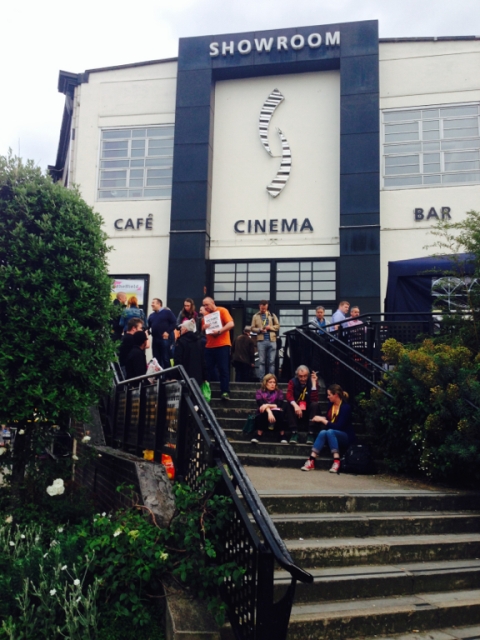 The trip was supported by British Council Ukraine