Statement of the UHHRU on the "Law on Hostages" 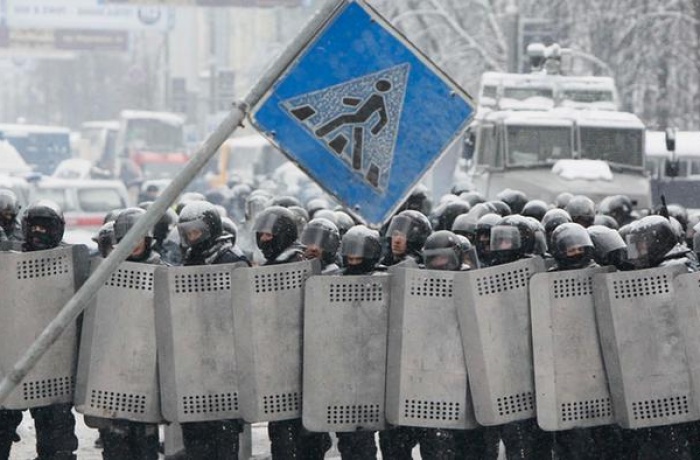 Ukrainian Helsinki Human Rights Union is concerned about the law the Verkhovna Rada (Parliament) of Ukraine passed on January 29, 2014...

On January 29, 2014 the Verkhovna Rada (Parliament) of Ukraine passed the Law On Eliminating negative consequences and preventing the prosecution and punishment of persons as respects the events taking place in the course of peaceful assemblies.

We are concerned at the fact that the Verkhovna Rada, seeking to achieve its political ends, is prepared to undermine the very foundations of law and strives to convert the fundamentals of law and order to a matter of bargaining and negotiations. As matter of fact, by this law the Verkhovna Rada is putting the Ukrainian State on a par with pirates and terrorists, who use hostages as a tool to influence the situation.

Essentially, this law is an acknowledgement that everyone detained during the recent wave of protests is held in custody only to make other– unspecified– persons commit actions provided by that Law (unblocking of thoroughfares, relinquishment of buildings etc.). Thus, the legislator, and the State in general, commit an offence under Article 147 of the Criminal Code of Ukraine:

1. The taking or holding a person a hostage with the intent to induce relatives of the hostage, any government agency or other institution, business or organisation, any natural person or any official to act, or refrain from any action, as a condition for release of the hostage shall be punishable by imprisonment for a term of five to eight years.

2. The same acts committed in respect of a minor, or by an organised group, or accompanied with threats to destroy people, or causing any grave consequences, shall be punishable by imprisonment for a term of seven to fifteen years.

And this crime is committed in an organized manner, utilizing the nation’s law enforcement system.

We state that this Law is a recognition that there are no lawful grounds for holding protesters in detention in that the possibility of their release is in no way related to their own actions. Earlier on, the Prosecutor General’s Office of Ukraine also promised– if its demand to vacate the buildings held by protesters were respected– ‘to enter motions before the courts that the measure of restraint for those already jailed be reduced and a non-custodial measure be imposed on those who are waiting for one’.

Not only does the law run counter to the fundamental rules of international, constitutional, and criminal law; we state that its adoption violated a number of the Parliamentary rules of procedure. It cannot therefore be regarded as a legitimate resolution of the present social and political crisis.

The proposed text has not been properly considered or discussed by MPs according to the standard legal procedure. It was not made available to them before or even during the vote. Nor was it posted beforehand on the parliamentary web-site, where it appeared almost an hour after the vote. The MPs could not even see for what they were voting. The law adopted, its author indicates he had made some amendments to the text; it is not all clear which procedure he employed towards that end.

By law, this could have been done either by proposing another draft superseding the original draft or after the text had been approved in the first reading, which was never done.

Moreover, the fast-track procedure used to pass the law, albeit the Parliament had never voted for one, did not let other MPs propose, even in theory, any amendments to the draft text. All these irregularities taken together, one may argue that the law has been adopted in an illegitimate anti-constitutional manner.

We do believe that this law– let alone the illegal procedure of its adoption– that legalizes blackmail and the taking and holding of hostages will not facilitate a peaceful resolution of the crisis. Rather, it is going to aggravate the situation.

We stress once again that violence spiralled and several administrative buildings had to be taken by the protesters exactly because of the government that had unlawfully resorted to widespread curtailment of the freedom of peaceful assemblies, unlawful detentions, torture and ill-treatment of the detainees, disproportionate use of force as well as the incredible brutality of the law enforcement. The adoption of the law will lead to further escalation of conflict, and the entire responsibility for that is on the President and Parliament.

We call upon the President of Ukraine to not be an accessory to the Article 147 offence and to not sign the Law On Eliminating negative consequences and preventing the prosecution and punishment of persons as respects the events taking place in the course of peaceful assemblies.

We are convinced that unconditional release of all those detained in the course of the protests, prohibition for the police to make arrests of protesters at hospitals, a ban on violence committed by the police and protesters, as well as security of the protesters against the aggressive opponents, a.k.a. ‘titushki’ is a prerequisite for negotiating any further decisions seeking a settlement of the social and political crisis.