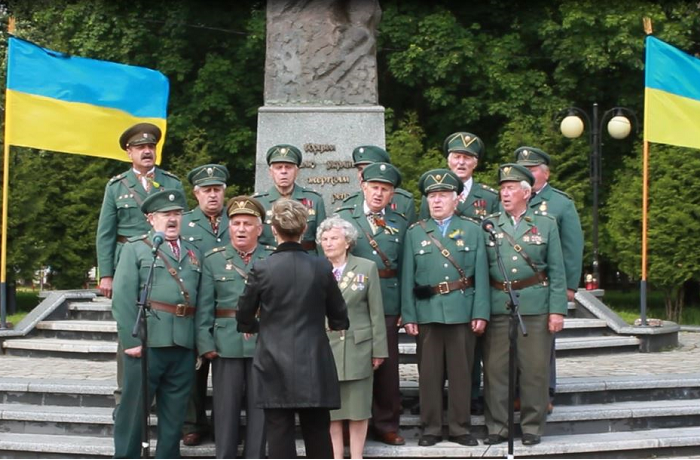 2016. Decommunisation is spreading across Ukraine. In the Lviv region, in the very heart of Bandera’s territory, there is the town of Chervonohrad, famous for being the first Soviet place where a statue of Lenin was torn down. However, even 26 years later, there is a heated debate between the proponents of different ideologies. We see the opposite poles of Ukrainian society in front of us: a choir of the Russian community named The Living Memory, and a singing couple of OUN-URA nationalists called the Undefeated. What they have in common is the Chervonohrad People’s House. The film is about the deep, implicit processes which actually stand behind the torn-down monuments, and about the way two parallel universes collide in the Chervonohrad People’s House. 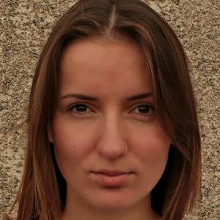 Dariya Hirna was born and grew up in Lviv. She holds a bachelor degree in journalism from Ivan Franko Lviv National University, and a masters degree from the School of Journalism at Ukrainian Catholic University. Currently works as a reporter at Hromadske.ua.

Bogdan Kutyepov is a notorious documentary filmmaker and accordion player. Former author of journalistic investigation projects, media critic. Currently works as a streamer, journalist, and anchor at Hromadske.ua. He has made more than 150 short films for Hromadske.doc project. He is the creator of journalist reports series “New Council”, documentary cycle “The East” (in cooperation with M. Nayiem), movie “Contact” about hostage exchange, experimental movie “I Will Go to the Police”, and others.

Tayisiya Kutuzova graduated from the School of Journalism at the Ukrainian Catholic University. She works as a reporter for “Svoboda” radio channel and creates video stories. She is from Symferopol, nowadays lives in Kyiv.

Zhanna Ozirna has switched from journalism and contemporary arts activities to creation of scenarios and production of her own films. She is the curator of Lviv International Short Film Festival Wiz-Art. She also writes All About Storytelling blog, which is dedicated to screenwriting.

Margaryta Gasanova travels and makes films, studying the cultures of different peoples through her camera lens. She is a participant of Parallenin Films.

Anna Yutchenko is an operator, photographer, video chronicler, and poet. She is studying at philology and journalism department at Volodymyr Korolenko National Pedagogical Univeristy in Poltava. She is an active member of independent artists’ union “Magnum Opus”, screenwriter for videopoetry project #Встол (#Vstol), operator of “People are Reding” initiative. Anna has presented these projects at “Cyclop” International Videopoetry Festival, at the “Frum of Publishers”, and at “Artgnozis” festival.