"The Cherkasy Project": From Romanticism to Cinema Through a Store 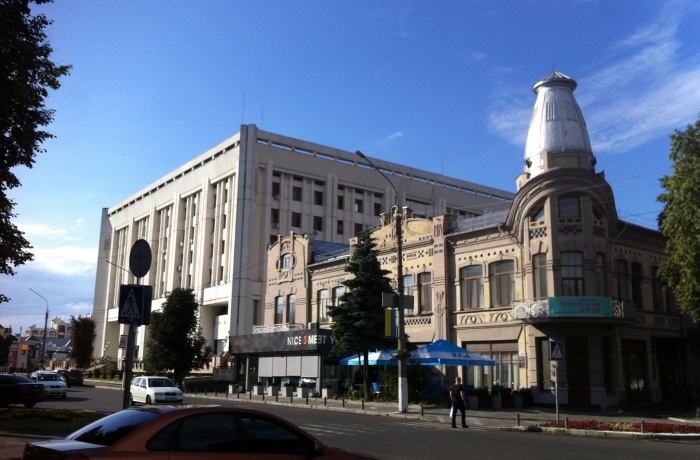 On July 6, Docudays UA visited the City Workshop in Cherkasy with the film Audience Emancipated: The Struggle for the Emek Movie Theater. This year, the film was screened as a part of the urbanist film section, The City Image.

At the film’s presentation in the Museum of Local History, an artist and a researcher of public space Yevhenia Moliar deliberated with the audience about the realization of the right to the city. She shared her thoughts about the way Cherkasy has changed and about the place of cinema in this city in her blog at our website.

For me, it is a great joy that people made the film Audience Emancipated in Turkey. Because, as a member of the DE NE DE self-organized initiative, I am interested in the subject of cultural heritage of the Soviet period in Ukraine. The first project we did together was in a half-abandoned film theater called Russia in Vinnytsia. Later we visited many such forgotten film theaters in various corners of the country. We decided to gradually restore the original function of cultural infrastructure facilities and actualize them as universal public spaces. And that is why I could not refuse to participate in the screening of Audience Emancipated at the "City Workshop in Cherkasy". 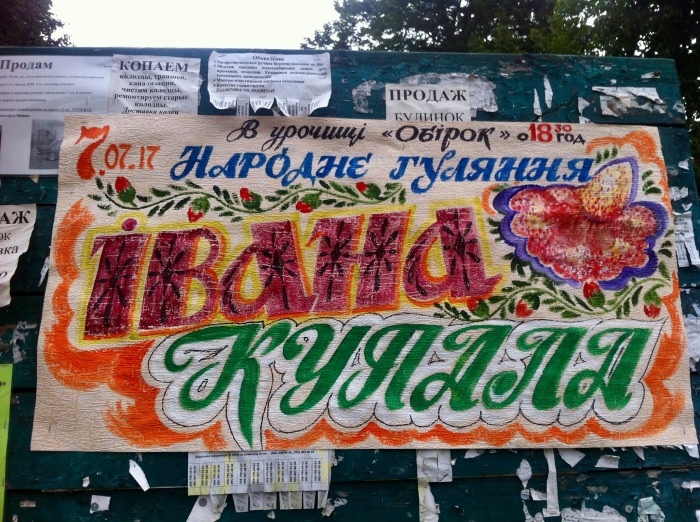 The poster for celebrations of Ivana Kupala

On my way to Cherkasy, I visited a few villages, entering Houses of Culture, taking pictures of mosaic panels, buying berries from old ladies at small roadside markets. The villages were getting ready for celebrations of Ivana Kupala, which manifested in bright gouache and felt-tip-pen posters. On my way home, I even attended a couple of these celebrations that were in the dance stage at that moment.

In Cherkasy, I had only a couple of hours before the screening to have a walk in the city. I was already aware of several local “monsters of modernism” (c), such as the Kolkhoz market, the drama theater, the Museum of Local History. However, I did not expect to see something “beautiful” on nearly every street. Although you rarely hear about aesthetic qualities of experimental Soviet architecture — mostly about its innovativeness, technology, functionality — in my opinion, its beauty lies precisely in this. 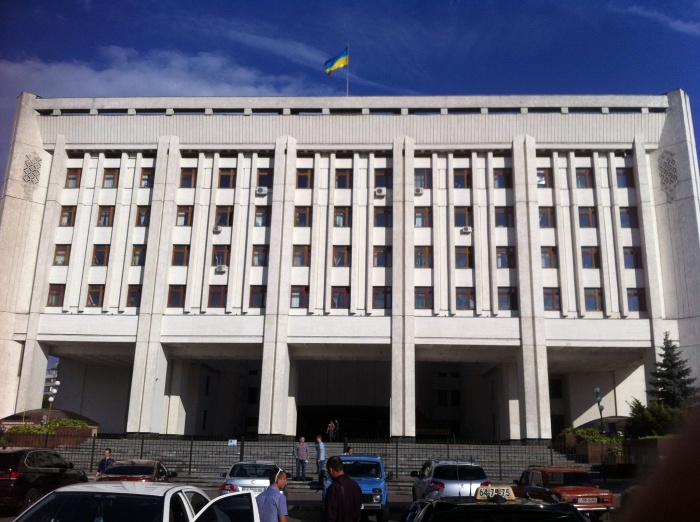 State Tax Inspectorate in the city of Cherkasy

The phenomenon of Cherkasy is that the city is the youngest Ukrainian regional center (since 1954), and its construction was in its most active phase already in the late Soviet period. Cherkasy’s Dniprocivilprombud employed a group of local architects (Leonid Kindratsky, Serhiy Fursenko, Mykola Sobchuk and others) who created a unique architectural laboratory in the 1960s through the 1980s. In this laboratory, they had opportunities to implement innovative visions in city planning. As a result, Cherkasy combine the Romantic merchant and imperial architecture with large-scale laconic modernist projects. 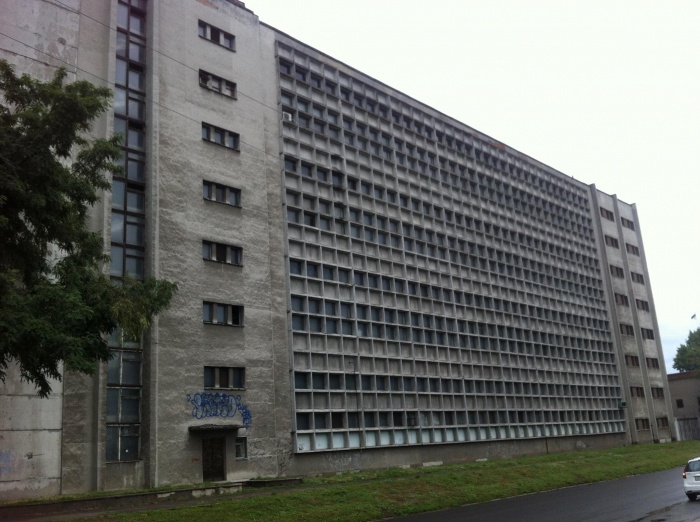 Unfortunately, due to careless exploitation, all these architectural attractions are not so easy to notice. The incredible round market — the “Washer” — was designed in 1963 by a Kyiv architect Natalia Chmutina; now it’s surrounded by new constructions. The former dominant landmark is now barely visible behind all the unsightly commercial tents and kiosks. 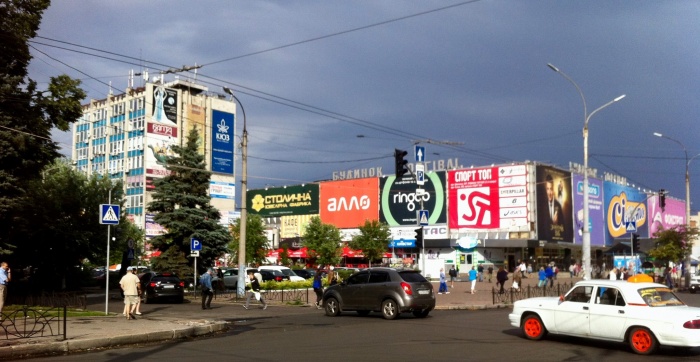 The Modern look of The House of Trade

The grand House of Trade and the surrounding area have turned into a big visual swamp. You cannot even see the city itself behind the flashy advertisements. And as for the cinemas, Cherkasy used to have 5 of them. Nowadays, only 2 or 3 of them are officially open, but in fact... most of the audience prefer film theaters in shopping malls. At this point, I cannot help but recall how one of the protesters for the Emek theater in the Audience Emancipated film emphasized that people are fighting for their right to enter cinemas from the street and not through stores. The largest Cherkasy’s film theater called Ukraine now opens its doors for two shopping malls, a second hand store, a few dozen offices; but it still has room for cinema.