DOCU/HIT: Fourteen Cinema Halls and the Mighty Eight of Films 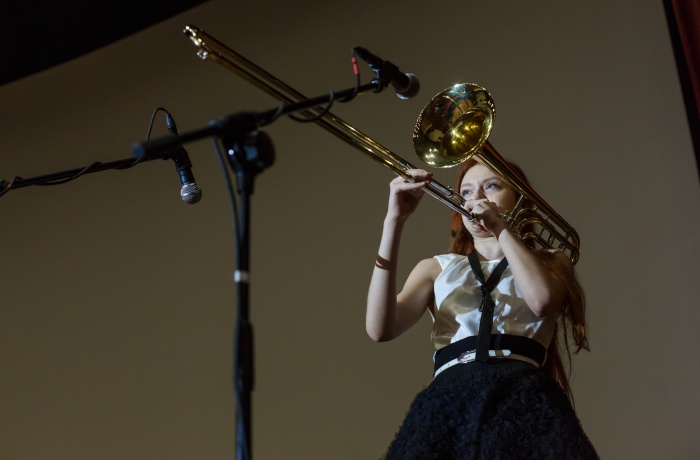 In Lviv, DOCU/HIT is taking place at three locations at once. However, the exclusive events will traditionally take place at the Palace of Arts. On 5th and 7th of October, the viewers will have the possibility to talk to Ukrainian filmmakers after the screenings. 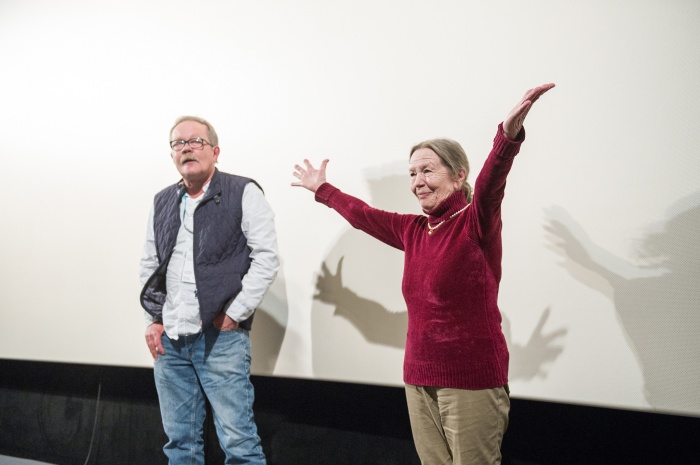 Sergiy Bukovsky and Nina Antonova. Presentation of “The Leading Role” in Kyiv during Docudays UA-2017

Sergiy Bukovsky will present two of his works in Lviv: his new film “The Leading Role” about his mother, actress Nina Antonova; and “Tomorrow is a Holiday”, which has undoubtedly become the documentary classic.

“The most important feedback for our team occurs during the discussion with viewers after the screening”, tells Maria Starozhytska. “From the previous screenings we know that many people will need some time to digest what they have seen. They will come up with feedback and questions later. We took the risk of telling a very intimate story about our feelings at war and about the future of the characters and creators of the film. We do not know yet what came first – the events around us or the desire to make this particular film. For now I can only tell that we want as many people as possible to see this movie”. 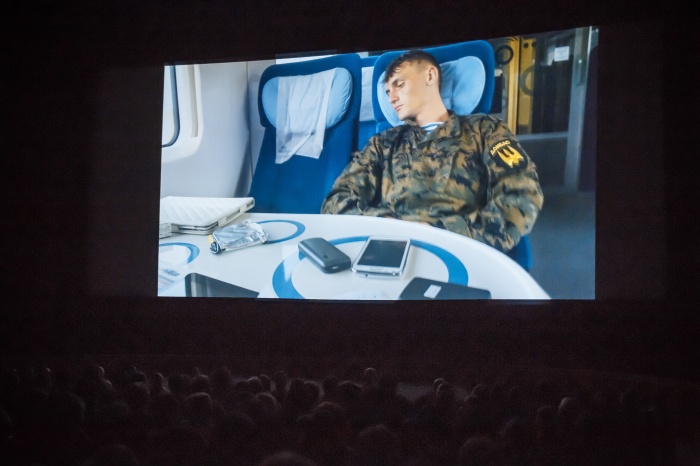 This year’s screenings in Kherson began at a special place. Docudays UA decided to support the “Illusion” Art Hub, which is for a year and a half now resists the efforts of the local authorities to close the venue and to take away its downtown territory. They have many times “mined” the Art Hub by phone, cut its heating during winter, and refused them the right to heat the facility with the Hub’s own heaters.

“Art Hub is a small hall with 35 sits, but this is where the film screenings and meetings with contemporary Ukrainian filmmakers, as well as the gatherings of young Kherson artists, take place. Everything in this space was organized for private money of active citizens of Kherson and the Hub’s leader Leonid Yezhurov”, comments Darya Averchenko, PR director of Docudays UA. – At present, some unknowns, who have never even visited the Art Hub, are writing complaints concerning the functioning of the art space. The local deputies are trying to raise the question of “alientation of the communal property” at the regional council sessions. (The Art Hub facility belongs to a communal enterprise, which is subject to the regional council – editorial remark). Dozens of Kherson NGOs have joined the coalition for protection of the only movie center in Kherson, and so far they have been successful! We decided to join them and to conduct this year’s DOCU/HIT here. We want to draw the attention of the media, local deputies and the community, and to ask everyone to support the Art Hub and its team. 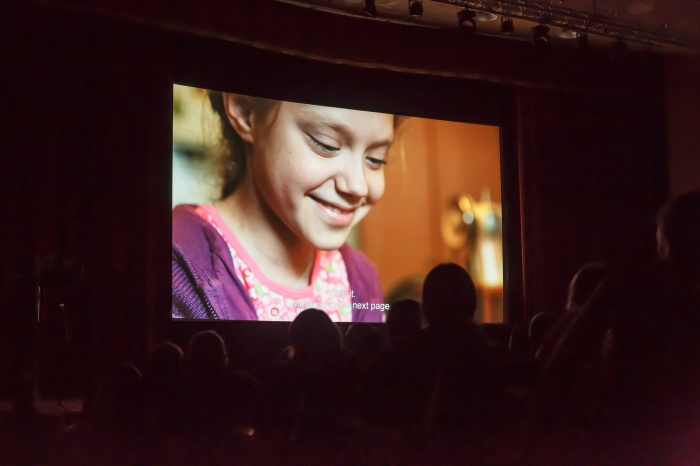 Presentation of “Dixie Land in Kyiv during Docudays UA-2017

The screenings at the “Illusion” Art Hub are taking place until September 28th. From 2nd until 8th of October, the movies from DOCU/HIT program will be screened at the “Yubileyny” concert hall.

The screenings in Kyiv, as in most other cities, will take place until October 25th.

“This year we have quite a difficult choice – should we continue the distribution project of documentary films or not?”, says project coordinator Katya Lachina. “During the discussion, the whole team supported the project. We have increased the quantity of movie theaters and cities. We will not only continue our cooperation with the art house venues, but also engaged the movie theaters network “Planeta kino” in five cities”. 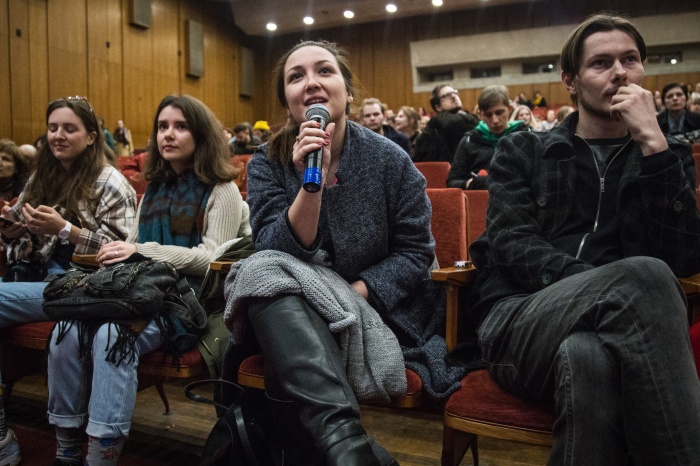 Discussion of DOCU/UKRAINE competition with the viewers, March 2017

“The films that we offer to our audience will pose interest not only for cinephiles or documentary fans. We have selected the movies that not only deal with the sociocultural, political, economic issues or provide an idea about contemporary documentaries in Ukraine and in the world, - they also tell about humanism and search for internal peace. The program of this year’s DOCU/HIT is a travel through completely different layers of reality, but with the only real direction – towards your true self”.

Besides these cities, DOCU/HIT continues in Kharkiv, Sumy, and Odesa. Join the event in your city on Facebook. Please see the detailed screenings schedule and all the information about films on the project site: docuhit.org.

All the photos provided by Docudays UA