EXPLORE IMPACT. How Can Documentaries Change Their Viewer? 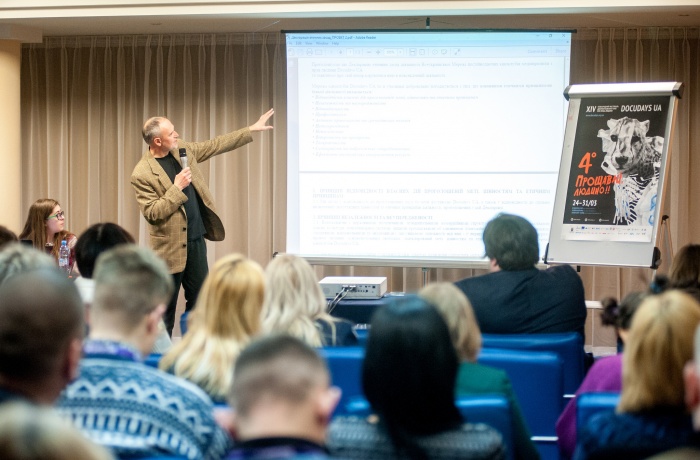 How can documentary cinema change its viewer? How do we reach an audience in the regions? These problematic questions are relevant for many documentary film festivals worldwide. That is why Docudays UA has joined the inter-festival initiative EXPLORE IMPACT.

In particular, next year, during the jubilee 15th Docudays UA, we will traditionally organize training for the regional coordinators of the festival in Ukraine.

Film screenings of documentaries on human rights issues, followed by discussions and debates, are one of the most effective tools in reaching an audience and having a certain impact on the way people think.

“Documentaries are very strong tools to influence the public opinion. Especially if they are creative documentaries, with strong stories and impressive protagonists that go through difficulties to reach their aims. I think that there is a big difference between "NGO films" and real documentaries, however many NGOs that invest in "films" and produce short films do not realize that supporting creative documentaries is much more effective to influence the public opinion. This is why we organize each year a civil pitch program that links NGOs with filmmakers, so that they can work together and produce interesting documentaries for a wide audience”, - tells Ileana Stanculescu, CinéDOC-Tbilisi Festival Coordinator about experience such initiative at the festival in Tbilisi.

“It could be films that deal with globalization, political issues, food production: "We Feed the World" (global food production and its impact on small farmers), "The Real Dirt on Farmer John" (producing bio food), "Supersize Me" (devastating effects of McDonalds on health), etc. etc. Such films can have a huge impact, in the sense that those persons who were impressed by them change even their way of buying or consuming. Another interesting example is "Euromaidan. Rough Cut" - a documentary that had a big impact on our audience. We have screened it at our festival and there was a full venue. Many persons came to understand more about the situation in Ukraine, they discussed it a lot”.

“A huge audience of hundreds of thousands of people at festivals like IDFA, One World, Docudays and many more, mean that many persons are interested in finding out something new about the world, about human rights and social rights, about a way that we can change ourselves, improve our behavior and contribute to a better world”.

The innovative side of the EXPLORE IMPACT project is that impact is seldom explored in such a diverse manner, including data-research, presentations, workshops and campaigns. To learn more about the initiative itself, see the DOCU/PRO section.