From God in a Shell to “GENERATION C.” THE TRAILER 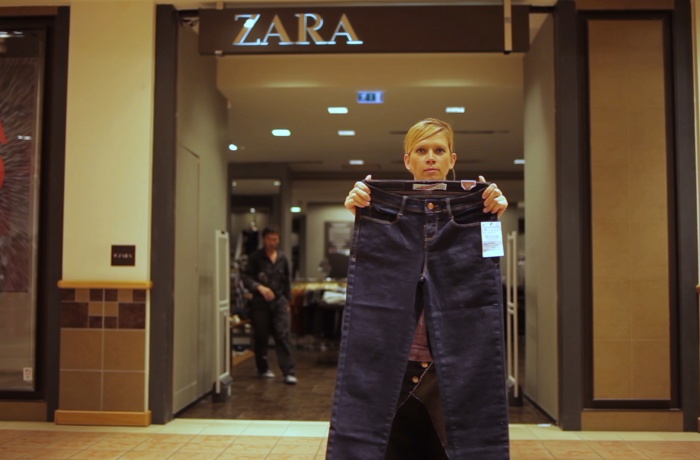 Docudays UA presents a special collection of films, in which there is place for cabbage, demons and mass market jeans. This year’s "GENERATION C." ("GENERATION OF CONSUMPTION") program tells about the impact our contemporaries can make - if they really want to. Olga Birzul, the festival’s program coordinator, comments on the non-competition program.

Tangaroa was the first god. He lived in a shell, which was round as an egg. Nothing existed except from the shell and the emptiness. Then Tangaroa broke the shell and shouted: “Is someone there?” But there was nobody. Then the upper half of the shell turned into the sky, and the lower one became the sand. The mountains were formed from the god’s spine, his guts became clouds, and his flesh became earth. Even his nails turned into fish scales and sea turtles. When I was in the third grade, my auntie gave me a book with ancient Greek myths. By the sixth grade I’ve read the myths of the world’s nations and could easily juggle with exotic names, which enhanced my popularity among the classmates, but this is not the point. In their primal interpretation of the world, our ancestors preserved for their descendants a lot of practical wisdom, already in those times reflecting on wasteless production and rational approach towards natural resources.

While composing this program, I was thinking that nowadays, we have mostly shifted the blame on the scientific and technological progress. It has become the idol of our times, which, however, is unable to divide itself as perfectly as the Polynesian deity – although it does have the potential. The "GENERATION C." program, whose name we borrowed from Viktor Pelevin, will tell about the impact our contemporaries can make if they really want to.

For instance, Rit Aus, Estonian designer who works in the increasingly popular upcycling trend, decided to go through the full cycle of ZARA jeans production: from South American cotton plantations and textile factory in Bangladesh to a European chemical laboratory, where unpleasant truth about the quality of our favorite clothes will be unveiled. By the way, the viewers will have an opportunity to ask Jaak Kilmi, the movie director who will attend the Ukrainian premiere, about everything that was left behind the scenes of his movie “Out of Fashion” (it was being filmed during 5 years).

Romanian filmmaker Serban Georgescu chose a different approach. In order to understand the laws by which agricultural production functions in his country, he took a bank loan, rented a piece of land, and made the movie “Cabbages, Tomatoes, and Other Demons” about his adventures. It turned out that Communist caterpillars are still feasting on the leaves of Romanian cabbage. The most striking fact is that Romanian farmers differ from their Ukrainian colleagues only in one aspect: living on the southeastern outskirts of the EU, they articulate their problems with the means of cinema, while Ukrainian moviemakers are not particularly interested in agrarian situation of their country. 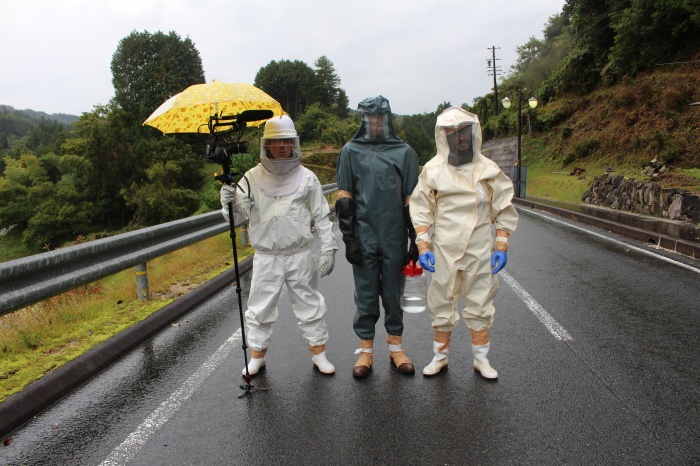 The third movie, “Bugs” by Andreas Johnsen, is not for the faint-hearted viewers. If you are prejudiced against consumption of insects, please refrain from eating before watching this movie. For your consideration: by 2050 humans will be left with no choice but to eat beetles. While most people believe that this is as much of a fantasy as the coming of terminators, and hunger is just a propagandistic fiction, two adventurous explorers are wandering through all the corners of the Earth, experiencing the tastes of entomology and proving that even our ineducable humankind can still pass the nature’s exam. Of course, under condition that humans will finally start to do their homework.