HOMO SCIENCE: Take a Look at Yourself 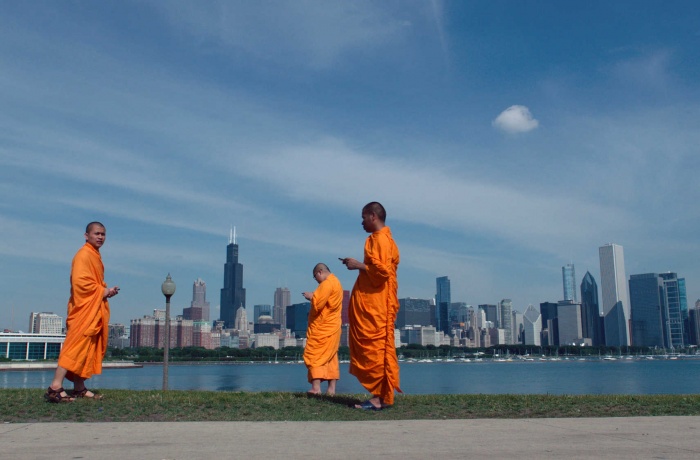 When you wake up every morning, you know who you are. You are not an elf from a videogame, not a robot, not a corn seed and not even a slime mould. You are homo sapiens.

It’s highly likely that you recognise your face in the mirror every morning, and perhaps you have no idea how you pass this self-consciousness test. Science knows that, besides homo sapiens, other species, including other apes, dolphins, killer whales, elephants, magpies, devil fish and ants, are also capable of recognising themselves in the mirror. However, unlike all these animals, we are aware of ourselves in the future. We are constantly modelling our future.

Could anyone have predicted the information revolution caused by the Internet? German filmmaker Werner Herzog, in his documentary Lo and Behold, Reveries of the Connected World, shows the essence of the worldwide web. It contains both redemption and death. Access to knowledge and the possibility of fast transfer of information have accelerated scientific and technological development to the speed of a Falcon 9 rocket. Due to the Internet, grocery stores know how and when they should refresh their supplies, and autonomic cars learn from the accidents of other cars. Herzog does not talk only to the evangelists of the Internet, and he does not only ask Elon Musk for a ticket to Mars. He also conducts interviews with Internet addicts, a former hacker, and the family of a girl who became a victim of photos uploaded onto the web. Ten chapters of Herzog’s movie are evidently not enough to show all the dangers of the web.

One of these dangers is the influence on our minds. Manipulation of facts, the choices of en- gaged experts, labelling – all of these are efficient techniques of deception. Take the example of John Betz and Taggart Siegel’s documentary Seed: The Untold Story. This movie has been included into the HOMO SCIENCE programme despite its overtly anti-scientific nature. In the internet, as well as in real life, it is impossible to protect yourself from such films. All you can do is to learn to perceive the information critically. Seed will become a vaccine for your mind, which will hopefully result in strong immunity. After the screening, you will have an opportunity to talk to scientists and to learn more about GMO. It is crucial to understand that scientists all over the world have repeatedly confirmed the safety of genetically modified organisms.

Neither is slime mould. The Creeping Garden by Tim Grabham and Jasper Sharp will open this lifeform up to you from a surprising side. In spite of its simple way of functioning, slime mould can find an exit from a labyrinth and knows how to coax insects. It has become an inspiration for scientists and artists. It is being used for research in subjects as diverse as motorway networks and music. Maybe slime mould actually influenced the birth of popular scientific movies. Although slime mould, unlike humans, do not have self-consciousness (its actions are just responses to external stimuli), we can learn a lot from it – for example, cooperation for the achievement of common goals.

HOMO SCIENCE is a programme dedicated to understanding ourselves and our role in this world. The problems of planet Earth are largely caused by human selfishness. We consider the planet as our property, because we are intelligent creatures, and we can use nature’s researchers as we like. But look at yourself. That’s right, you are not slime mould, a robot, a corn seed, but you are not a God, either. You are just one of the species on this planet, homo sapiens.