Photo exhibitions that should be read 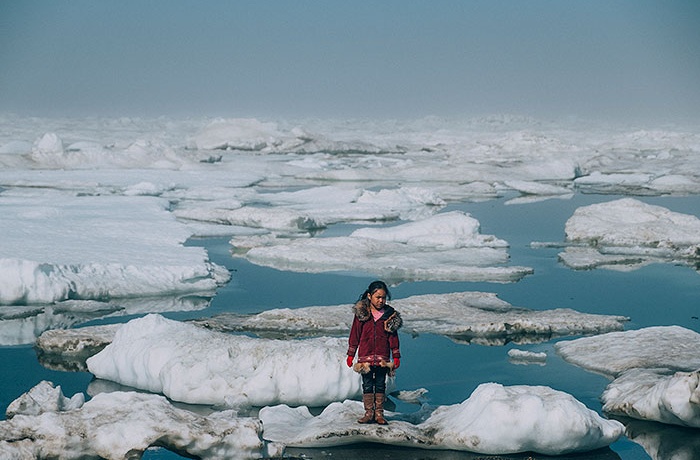 This year on the Docudays UA we want to share with you a most story. It is a story about the way our ignorance or consumerism are slowly but inevitably destroying the world aroud us. This story is told day by day by a couple of dozen professional photographers from all over the world through their Instagram posts in the EverydayClimateChange feed. After we learned about the #EverydayClimateChange project, we wanted to find out about the environmental situation in our country. For that purpose, we organised an Instagram photo contest entitled #Ecooko.

Yulia Serdyukova, DOCU/CLASS and photo exhibition coordinator, and Tetyana Malaya, PR-manager of Docudays UA, tells about the exhibitions complex as a perfect guide to the human footprint in Earth’s ecosystem.

After the compact 35mm camera was invented in the 1930s, photography rapidly became the main tool for the visual exploration of the world. Humanity was flooded by pictures bearing evidence of wars, peaceful life in unknown countries, as well as in the bedrooms of their neighbors who live around the corner. Almost a hundred years later, there is hardly a single unphotographed hectare of the Earth left, and the frenzied competition of pictures for our attention has already became proverbial.

Nowadays, thousands of pictures flicker in front of our eyes every day without remaining in our memory. However, people’s tendency to tell stories finds a way to utilise even the multi-faced reality of social media for its purpose. This year, we want to share with you a most impressive story, which however is still hidden from the eyes of many. We found it in the depths of Instagram. It is a story about the way our greed, ignorance and consumerism are slowly but inevitably destroying the planet.

This story is told day by day by a couple of dozen professional photographers from all over the world through their Instagram posts in the EverydayClimateChange feed. ECC is a volunteer activist project, founded by Tokyo-based photographer, James Whitlow Delano in 2015, aimed to demonstrate daily evidence of climate change on all continents. In their Mission Statement, the photo activists note that they “provide visual evidence for the fact that climate change is not happening elsewhere, it is happening right here and right now". 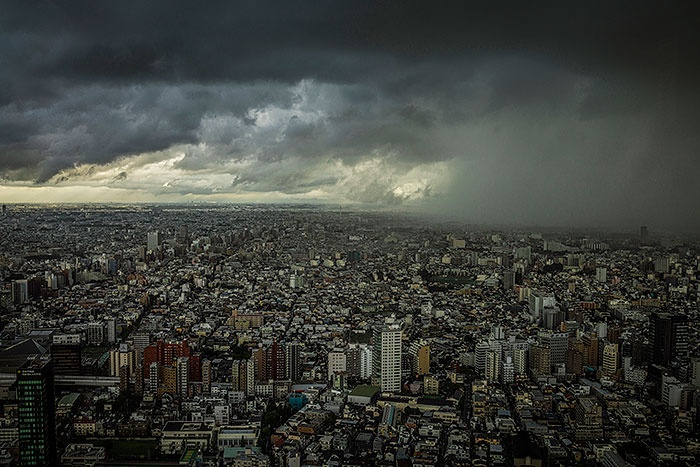 Photo by James Whitlow Delano. Storm front from one of three typhoons converging on the Tokyo megalopolis sends sheets of rain down on the city.  Climate scientist say that rare, severe weather events will be more common in the age of global warming.

The project was launched in 2015, and for two years of its existence, the feed collected hundreds of photos with the hashtag #EverydayClimateChange, with its own story behind each of them. One of the pictures which are not included in the exhibition features a night view of a Syrian refugee camp in Iraqi Kurdistan. You might ask, What does climate change have to do with this? The picture’s caption reads, “The manifestations of climate change are usually associated with natural disasters, but climate change is more and more often recognised as an important factor of escalation of existing armed conflicts and the emergence of new ones. Between 2006 and 2011, Syria suffered from a long drought and an unprecedented decline in crops, which caused mass migration of the rural population to urban centres. This in turn led to a food shortage which sparked mass protests in 2011, which preceded the destructive civil war…”

Most photos from the ECC project have a certain gloss of magazine beauty. All the more contrasting with this beauty are the captions to these photos. This makes #EverydayClimateChange an exhibition of photographs which should be read. We have picked the photos from the project’s timeline which will tell the story of climate change from A to Z: how a plastic cup we throw away or a steak we eat causes whole species of plants and animals to die out, allows dangerous diseases to spread, causes resource wars and migrations, and, in the end, gradually turns the Earth into a desert. And what we can do to stop this.

After we learned about the #EverydayClimateChange project, we wanted to find out about the environmental situation in our country. For that purpose, we organised an Instagram photo contest entitled #Ecooko. For three months, everybody could publish pictures on their accounts with captions that explained how this picture reveals a certain ecological problem in Ukraine, and whether there are ways to resolve these problems.

In our society, Instagram is mostly used as a tool for modelling a carefully designed fantasy reality. You can create a parallel life in it, a life in which you travel constantly, eat only the most tasty food, or hang out at hot parties. The contemporary consumerist society has reached a new level, a level of ‘consumption of likes‘, just like in the series Black Mirror, where likes are the main currency, and the amount of likes you get determines your success, recognition, happiness. In this virtual world, there is no room for problems or suffering, because most of the time, they are far from photogenic.

That is why it was especially interesting to risk organising this contest, because it was not only about the country’s environment, but also about a chance to understand whether this topic can ‘seduce’ an average Instagram user to break up their glossy timelines with pictures of the surrounding world, which is littered with trash, full of smoke, disappearing. 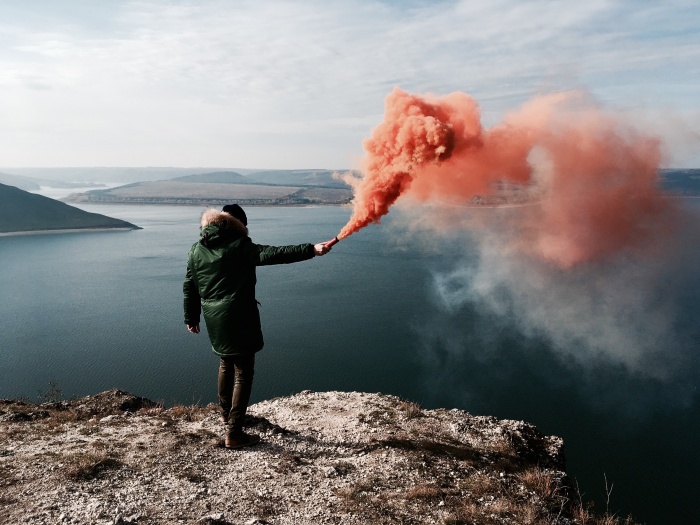 Photo by Oleg and Dariya Promakhov, one of the finalists in #Ecooko competition (This is the side of the river Dniester. The village of Bakota was flooded when the New Dniester Hydroelectric Station was built)

The first photos which appeared under the #ecooko hashtag made us doubt for a minute whether the ‘mission’ could be accomplished. We got an impression that Ukrainians are currently only in the first stages of learning about environmental problems and their own impact on the environment, and, unfortunately, they barely know how the situation can be changed. Most of them do not even know about the existing opportunities for waste recycling. Some photos were taken with a feeling that ‘something is wrong here, but I cannot explain what it is’. Nevertheless, we received more than 350 photos which speak of the urgent problem of our country’s lack of waste treatment systems, illegal deforestation, the impact of heavy industries on air quality, and water pollution.

The exhibition complex of #EverydayClimateChange and #Ecooko will serve as a perfect guide to the human footprint in Earth’s ecosystem, which we are only beginning to acknowledge, even though it follows us around like a shadow.

Photography, they say, is capable of recording even the shadows that are invisible to the human eye, both in the literal and in the figurative sense. This is what it has been doing since its very beginning, and still does even today. The first photo reports told people about the horrors of early 20th-century wars. Today, we offer you a story about the war for the survival of humanity – and, judging from the story which takes shape after reading these exhibitions, it is a war we are currently losing.

The best works of the Instagram photo competition #Eсooko will be presented at Docudays UA-2017 photo exhibition. Winners of the competition, selected among the finalists, will receive special awards from Docudays UA team and the festival partners. The awards will be presented at the festival closing ceremony on 30th of March. They include three tickets to the Green School - a unique 4 days training course from 30 leading eco trainers and practitioners, which will take place on 27-30 of April in Kyiv. The winner of the special nomination "Climate Change and Wild Nature of Ukaine" will participate in a personal workshop from the National Geographic photographer Mykhailo Bogomaz, provided by our partners, WWF in Ukraine.

Photo projects on Docudays UA-2017  is financially and organizationally supported by the Heinrich Boll Foundation's Office in Ukraine. Partner of the competition: NGO "Ukrainian Youth Climate Assosiation and WWF in Ukraine.

On photo: An Iñupiat girl Amaia, 11, standing on a ice floe on a shore of the Arctic Ocean in Barrow, Alaska (Photo by Vlad Sokhin)