We also build bridges between people and countries 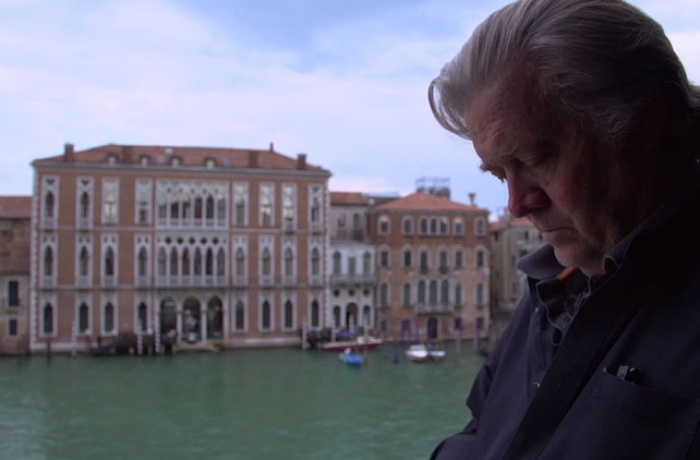 Quarantine circumstances motivate us to look for and find new opportunities for organizing discussions and screenings at the Travelling Docudays UA. As a part of the festival in Ternopil Region, there was a screening of The Brink at the DOCUSPACE Online Cinema. The event took the form of a teleconference between Ternopil and Kharkiv and ended with a discussion between experts. The discussion involved Yevhen Zakharov, Chairman of the Board of the Ukrainian Helsinki Human Rights Union; Volodymyr Kaplun, a member of the Board and head of education programmes at the Kharkiv Human Rights Group, a coordinator of the Travelling Docudays UA festival in Kharkiv for many years; Andriy Oleniuk, a lawyer at EVERLEGAL, The Washington Group (Chortkiv, Kyiv); Oleksandr Stepanenko, head of the NGO Helsinki Initiative XXI, member of the Board of the UHHRU and the coordinator of the Travelling Docudays UA in Ternopil Region (Chortkiv). The event was moderated by Maria Yurchak, a historian and manager of culture projects, journalist and artist (Ternopil). Oleksandr Stepanenko shares the opinions expressed during the discussion and thinks about the phenomenon of populism.

On the days when the world was watching the vote count of the U.S. presidential election, we were considering a wide circle of issues which are relevant not just for the American society as we were watching The Brink by Alison Klayman. What are the reasons for the crisis of democracy in the U.S., which was an example of political order for many years? Are western democracies entrenched enough to persist under the pressure of new crises, populism in particular? Where is the line between protecting the rights of the nation and neo-Nazism? And finally, could Steve Bannon, whose activities are the focus of The Brink, find his way into the Ukrainian political top, just like the infamous Paul Manafort did in his time?

Maria Yurchak: At the beginning of the film, its main character, Steve Bannon, who had left his position at the White House by the time of the shooting, claims that Nazi concentration camps were nothing else but perfectly implemented designer decisions. Today, Steve Bannon himself acts as a designer of thinking which is built on a persistent opposition between “us” and “them,” “others,” “not us.” With the modern development of communication technology, you don’t need to build camps or walls between countries. Even without that, you can pit people against all those “others.” Why are populists often successful in bringing the audience to their side?

Yevhen Zakharov: I think that it’s because populism is simple. Nazism is similarly built on simple concepts, promising people “simple” ways to solve complex social problems. It has also become a trend in the modern world: the more politicians promise, the more people want to believe them. However, when politicians describe problems in all their complexity, say that they need to work hard on the solutions for a long time, they are not successful among voters. As for the situation in Ukraine, we should also take into account the high rates of poverty and low level of education among the population.

Maria Yurchak: Then why is it so hard for opponents of populists to promote alternative ideas?

Yevhen Zakharov: You can promote the idea of the need to work hard and long, but it won’t be popular enough for its proponents to win elections.

Volodymyr Kaplun: You can look at the situation in a detached way, but it’s more important to understand where mistakes were made by those who believe they haven’t lost the ability to look at things realistically.

I am concerned about the excessive polarization of opinions, when dialogue and exchange of thoughts becomes impossible. The situation when the debate is so heated is convenient for populists and their spin doctors: they help it turn into a complete sham.

Maybe a political discussion where the parties stop hearing each other needs the presence of a third party, an unbiased intermediary who maintains the fundamental principles shaped before the debate started. In my opinion, this is the ideal format of a fair court which we lack. We often observe political arguments where the parties insult each other, call on “their own” people for support, while the debate itself moves away from its substance. And there is nobody to stop it and redirect it into something constructive. If there was an unbiased judge, authority, “Your Honor” between them, who weighed the arguments of both sides, the quality of debate would improve, and it would be possible to reach an understanding in it.

Who can act as this judge? Probably people who are not involved in the conflict of positions, and who also command high social trust, moral authorities. Sometimes it’s really hard to find them in your own country. Then they could be foreigners.

It’s important to find and draw attention to historic analogies from international experience. To examples of conflict resolution which do not affect us directly.

Maria Yurchak: There are far-right forces in our country as well, but I think our right-wingers are separate from our populists. In your opinion, how likely is the scenario under which Steve Bannon’s hand and his right-wing movement will reach our country? And which political forces could use his services?

Yevhen Zakharov: The history of independent Ukraine shows that right-wing political forces do not have significant support in our country. But the views of politicians who consider themselves to be centrists and social democrats in Ukraine do not actually differ too much from the right. Do we have a field of work for such spin doctors as Bannon? I don’t think so. The Ukrainian voter is more individualistic. He has little interest in potential political change in European countries. Although in the years since Euromaidan and the beginning of the war with Russia, there have been significant changes in our citizens’ sentiments. While before the war, the overwhelming majority did not support NATO membership, and the support for getting closer to the EU was not unanimous, now everything is different. Today, the majority have realized that Ukraine does not have an alternative to Euroatlantic integration. But this does not mean that there are no supporters of the opposite direction of development and return to the old Soviet practices. This is where the polarization comes from: a part of citizens live in the day after tomorrow, and another part live in the day before yesterday.

Maria Yurchak: Mr. Volodymyr, Mr. Andriy, does right-wing populism have a future in Ukraine and Europe?

Volodymyr Kaplun: I think it’s already our reality today. Nearly all Ukrainian political parties have some features of populism. Politicians manipulate voters’ minds to stay in power. The best known example is the use of the language issue to mobilize “their” voter base. It’s unfortunate, because, first, this is exploited by politicians who make voters’ interests clash instead of looking for ways to unite around development goals. And second, it’s exploited by Russia to justify its own aggression.

Andriy Oleniuk: The plot of The Brink confirms the conclusion that populism is not an ideology. A populist politician does not give reasoned answers to systemic questions. He does not possess a system of established ideas of what society should be like and how institutions should interact. It’s just a political technology, a toolkit for winning power by manipulating the minds of voters. This toolkit is rather traditional both in the U.S. and in Europe. On the one hand, it’s hate speech, exaggerated “threat” of migrants, other minority groups. On the other hand, it appeals to the traditional values of broad population circles. As Mr. Yevhen noted, populism often uses sweet lies about quick and effective ways to achieve happiness for everyone. But when these sweet lies do not lead to the promised results, the second component of populism is brough in: scapegoating. And that is why the political technology of populism is dangerous.

Yevhen Zakharov: As for the U.S., I want to say that we should not identify the Republican Party with populism, with Trump’s circle. The party has very different people who have negative views of the president. At the same time, these people do not support the political line of the Democrats.

Andriy Oleniuk: Then how do we oppose populism?

Oleksandr Stepanenko: I think that in fighting populism, it’s important to raise the level of political dialogue: describe problems in all their complexity, from different points of view. Democracy bears its sweet fruit only in an educated and responsible society, in a country which has adopted a set of universal values. Society must also mature to reach a democratic form of government.

We can fight populists with facts. If a populist declares everything his voters want to hear, just to get into power, this can only be opposed by appealing to real problems and risks. Instead of looking for an enemy, it’s important to talk about humanity’s new solidarity in opposing threats, of which there are many. They include economic inequality, labor migration, exhaustion of natural resources, global climate change, terrorism, local conflicts. If British politicians zealously build their own British world, separate from the general European reality, and the French build their own French world, then the Kremlin will only applaud this disintegration of Europe. Because it will weaken the western world which defends the values of rights, respect for a person and cultural diversity.

This is why intellectuals and independent media bear great responsibility as potential arbiters in political debates.

We also look at the mission of Docudays UA as a documentary film festival in this context. We seek to shape critical thinking, raise real problems and not to see the world through the rose-colored glasses of populism. Today, it’s important not to build walls, not to deepen borders, but to build bridges between people and countries.