Meet the jury of the FILMBOOST scholarship programme 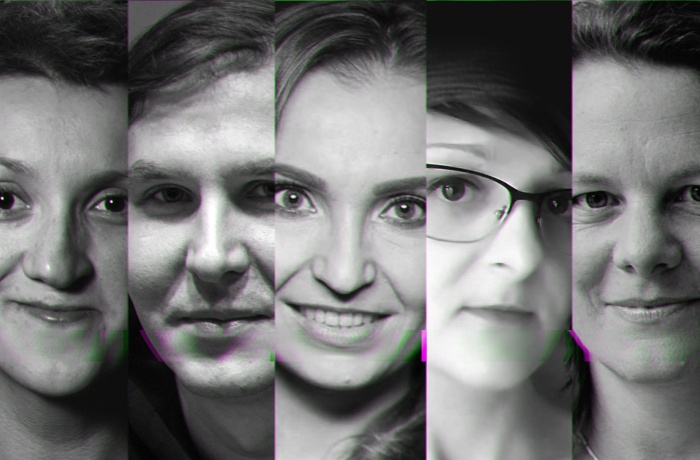 Applications for the FILMBOOST scholarship programme within the DOCU/HELP support initiative for filmmakers working with feature and documentary projects are being accepted until 31 July. FILMBOOST was launched by the NGO Docudays together with the Deutsche Filmakademie e.V.

Daria Badior is a freelance critic, editor, and journalist from Ukraine. She is a co-curator of the Kyiv Critics' Week film festival, which takes place annually at the end of October. In 2021, she co-founded an NGO Coalition for Culture that analyzes culture policies in Ukraine. In 2018, she was the co-founder of the Union of Ukrainian Film Critics, which awards Ukrainian filmmakers with the Kinokolo prize.

Viktor Hlon is a film scholar, translator, and editor. He was born in 1986 in Kyiv. He studied journalism at the Institute of Journalism of the Taras Shevchenko National University in Kyiv (2004–2009). In 2007–2012, he worked as a professional editor, copy editor, and author for a number of publications, particularly the KINO-KOLO magazine. Between 2010 and 2014, he was the press secretary and editor of the website of the National Union of Filmmakers of Ukraine. Since 2012, he has been regularly working with various Ukrainian film festivals as an editor and translator (Docudays UA, Odesa IFF), as well as a member of selection committees (Molodist IFF, 86 Festival of Film and Urbanism, KharkovMeetDocs IFF. In 2016–2018, he worked on the weekly show Argument-Kino on the 1+1 TV channel as a co-author and writer. Since 2017, he has worked as a selector and programme coordinator of the Molodist International Film Festival in Kyiv and the Independence Festival of American Cinema.

Yuliia Kovalenko is a film critic and programmer at Docudays UA IHRDFF in Kyiv. She was a lecturer at the Department of Cultural Studies and Arts History of the Odesa National Polytechnic University and at the Department of Fine Arts of the Odesa State Academy of Civil Engineering and Architecture. In 2017, she received a PhD in Cultural Studies. From 2015 to 2017, she was a programmer at Inotheatre, an independent movie theatre in Odesa, where she held the special program of Ukrainian art cinema We Are Here. As a film critic, she has publications in Ukrainian and international journals (Korydor, LB.ua, Filmar.online, Cineticle, La Furia Umana, etc.). Between 2016 and 2018, she was a co-editor of Cineticle Magazine dedicated to art cinema. She is a member of the Ukrainian Film Critics Union and the National Union of Journalists of Ukraine.

Martina Bleis is an expert on co-productions and international co-production markets, project presentation, pitching, and development. She is one of the initial team members, and serves as Head of the Berlinale Co-Production Market since 2016. Besides leading the event, she is responsible for the Official Project selection of feature film projects and the Co-Pro Series selection of drama series projects. Overall, she has worked for the Berlin International Film Festival since 2001. In addition, she consults as a curatorial advisor and mentor at international training and co-production initiatives – in particular for up-and-coming producers and directors developing feature film projects.

The independent jury will evaluate the submitted applications between August 1-21. The result will be announced on August 22.

FILMBOOST is created by NGO Docudays and Deutsche Filmakademie e.V. with the support of the Federal Government Commissioner for Culture and the Media and Goethe Institut.