There IS a CHOICE! International Documentary Community supports #euromaidan 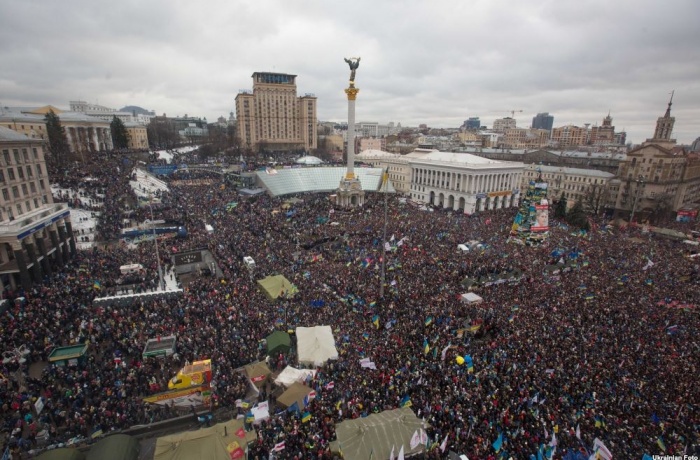 I was 15 during our Singing Revolution. Nobody asked me to go anywhere, would say that the opposite is true. However, I was there on the barricades from the first day to the last. So be strong, calm and peaceful! LOVE

I am with you in my mind, keeping fingers crossed for the future development in Ukraine.

I just got back from another rally for solidarity with you. Ukraine is always in the main place here, every day a lot of Georgian progressive youth flights and rides to Kyiv to support you! I send you huge greeting, salut, and hug!

Good luck to you all and to European Ukraine. Georgia roots for you!

Solidarity with you and your people with the actual situation in your country.

I was fourteenth years old when the Soviets decided that the Lithuanians are trying to make a revolution in a country. We were near to strategically important objects: televizijos tower, radio stations with my dad. They were shooting, with tanks crushed innocent people ... We were called provocateurs, but we were fighting for the freedom, for our world what we want to be! And nobody has been able to take away from me the freedom of independence of young people emerging. So now, you have my support of 100 percent, and I believe that young hearts can influence something. The filmmakers can tell a lot in their language! We are with you. Be strong!!!!

I keep reading about the riots in Kiev now, so just wanted to send you a note saying hello, and to express my solidarity with you!  I hope you find a way to peace soon, and that you don't need to leave your dreams of europe behind...

I send my greetings to you. Yesterday’s newscast in Holland started with a story about what’s happening at your Maidan! Finally, Lenin has fallen, congratulations!