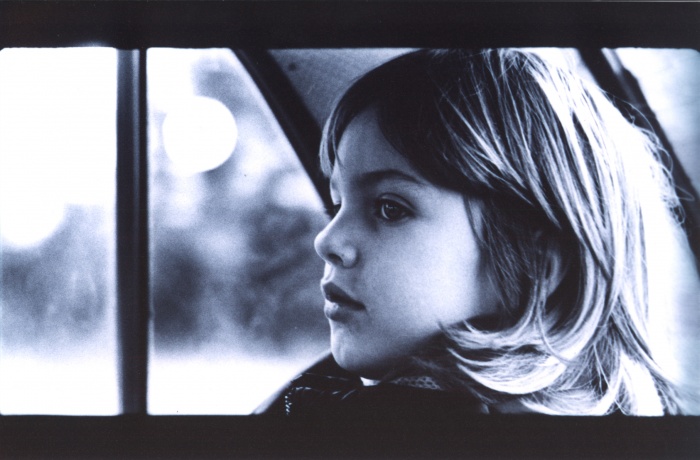 The boundaries between visible and invisible, audible and inaudible are blurred in the films of this European Academy Award-winning Lithuanian director. The unique films of Audrius Stonys and his poetic interpretation of reality were recognized by the members of European Film Academy, who gave the FELIX award to his film Earth of the Blind, and by the Docudays UA viewers who still remember Ramin from our previous year’s competition.

Audrius Stonys is not only a jury member of our DOCU/LIFE competition, he will also hold a workshop, and present his own mini-retrospective of four best films that characterize the artistic path of a director. From Earth of the Blind (1992) to The Bell (2007).

Film Earth of the Blind is impossible to explain in the usual plot and character formulas. The film is a unique synthesis of image and sound that pushes viewers to the border of the world which human senses can grasp. The boundaries between visible and invisible, audible and inaudible are blurred. The atmosphere, sounds and people of Earth of the Blind invite one to stop, listen and evaluate human existence in an alienated world. European Film Academy Award for Best European Documentary; Experimental Film Prize at Oberhausen IFF; Mediawave IFF Prize; Best Image Prize at Mons International Love Film Festival; Locarno IFF.

The heroine of the film Alone is one of many children whom some devoted people help to keep in touch with their imprisoned parents. The film examines the fantastic ability of cinema to create a more real reality – an inner human reality. And also about the path to a sublime reality. The girl’s journey, her grey-haired companion, and the living tree are directly related to the poetics of fairy tales. Public Prize at Visions du Réel IFF; Special Prize at Mediawave IFF; Grand Prixat Split International Festival of New Film; Special Mention at Barcelona Independent FilmFestival; Lithuanian Film Makers Union Prize of the Year; Kodak Vision Award at Arsenals IFF.

“Sorrow does not come merely from contemplating death, which forces us to look into Eternity, but also from life, which compels us to confront Time”, wrote the Russian philosopher Nikolai Berdyayev. Audrius Stonys has taken these words as the motto for his film Uku Ukai, a meditative visual essay which portrays old people undertaking all kinds of activities, meditation and group laughter therapy. Without a single word of commentary, he creates from sophisticated, aesthetic images a compelling study of human corporeality which, in an ideal union with spiritual equilibrium, can sustain us with the pledge that old age doesn’t have to be a painful wait for the last breath. Uku Ukai does not ask the viewer to understand, but rather to enter into synchrony with the sounds and images. Uku Ukai is spiritual gymnastics: bodies run ,breathe, reach out without needing to reach anything. While images flutter and sounds ricochet, the viewers become the real film. Inhale, exhale. Golden Mikeldi Award at Bilbao IFF; IDFA; Best Short Film at Art Film Fest IFF; Lorenzo de Medici Prize at Festival dei Popoli IDFF; Karlovy Vary IFF.

The Bell looks into a legend. According to records, during the Lithuanian-Swedish war 300 years ago, the bell of Plateliai church belfry was taken down, and it was being carried over the ice of a frozen lake when the ice broke near Castle Island and the bell sank. 100 years later, an expedition of divers organized by Count Choiseul searched for the sunken bell. It is said that they found the bell but, for reasons unknown, they let it sink again. It is also said that the sound of the sunken bell can be heard from the depths of the lake. A film crew organized an expedition in the summer of 2006 together with a team of divers to trace the sunken bell.

Don’t miss the chance to see on the big screen these outstanding films by the master. March 23 at 8:30 pm and March 26 at 4:30 pm in Blue Hall of Cinema House.