The Best of Docudays UA: the festival celebrates its 10th anniversary 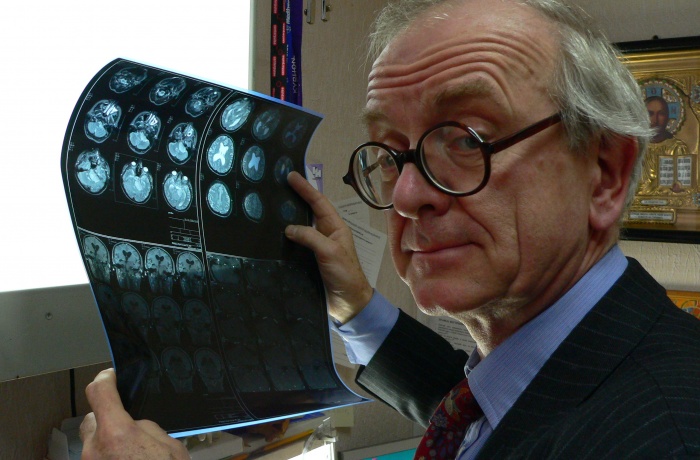 Each film from the program has its own history within the festival: some won, some got the Audience Award, some had the honor of being the Opening Film, some were applauded by jurors at other famous documentary film forums. There is no sense in listing the achievements in festivals of these films, as the main things that unite them are their originality of direction and their close attention to the human personality. To a certain extent, each film on the program is dedicated to the problem of a person's self-identification in the modern world, and overcoming the inner and outer problems that our lives are full of.

The film The English Surgeon (2007) by Geoffrey Smith is a UK/Ukrainian co-production. The main character is a neurosurgeon, Henry Marsh. Not only is he unafraid to take hard decisions regarding his seriously ill patients, but he also operates in Ukraine, where only a trace of the healthcare system remains, where the only thing longer than the equipment’s operating life is the suffering of patients, who have been waiting for years to get just a sniff of healthcare, if any. Operations that are performed by the hundreds every day in the West are just a dream in our country, which comes true thanks to the ardor, talent and professional devotion of one person

.
In documentaries, the hero is very often a bright, talented character, whose experience the viewer follows with excitement through the entire film. Henry Marsh is such a hero. He shapes peoples’ lives by saving them from imminent death. The rather naturalistic representation of brain surgery could be perceived somewhat ambiguously by the viewer, it may look like a speculation, while shocking with medical detail. But in all medical stories there is always a very fine line between the things that may be shown and those that would rather be kept secret, not only by the person operated upon, but also by the doctor. The English Surgeon may seem unethical at times, especially when it concerns the stories of people who unfortunately cannot be saved even with complicated surgery. However, medical truth is no crueler than life’s: you can’t save everyone – sometimes this has to be captured on film – so that at the very least, ordinary viewers can start valuing every moment of their lives.

When a person is very young, it is sometimes hard to be lively all the time and appreciate life – especially when they are undergoing a drastic change. This is what happens to a little Polish boy, Janek, who moves to Argentina with his parents. Here he will have to grow up, fall in love and figure out who he is in this environment, beautiful at first sight, but still so foreign. The Argentinean Lesson (2011) by Wojciech Staroń is a beautiful example of how amazing camerawork can make a documentary more expressive than any feature film. As the director, Staroń has created his picture in the best traditions of the prominent Polish documentary school, namely by writing a story which could be the envy of any feature film screenwriter. As the cameraman, Staroń is playing with the patterns of raindrops, filming picturesque Argentinean landscapes. The mundane events of the day are combined and harmonized with nature to give birth to an entire lattice of expressive and infinitely beautiful visual images.

Parents of the little characters in the Danish/Chinese film Please Vote for Me (2007) work in different spheres, but have one common fault: they are not bringing up their children, not attempting to make them honest, good people, but are rather teaching them to live like wolves, where in order to win – everything is on the table, and no holds are barred. The film’s director Weijun Chen tells a seemingly innocent and sometimes funny story about small Chinese schoolchildren who have to elect a class monitor. The children are precious and funny, but the way they fight for victory, using all possible means to influence the electorate and competitors, makes you think: how terrible must adult reality be if its childish reflection evokes such disgust. It’s not the principles of democracy that are scary, but the way people sometimes interpret them.

There are countries in the world where democracy is just a pipedream. One such country is the subject of Danish film director Anders Østergaard’s film Burma VJ – Reporting from a Closed Country (2007). In a certain sense, this is an edited film. But in this case, the director has assembled not only chronicles filmed with amateur cameras, mobile phones and photo-cameras – he has also assembled the feelings, fears and aspirations of video-journalists who have to hide from the authorities so they can secretly document everything happening in the country. Moods of protest grip Burma from time to time, but, as in most totalitarian countries, it is still very far from real changes.

Of course, Russia is not Burma, but almost the entire length of its road to democracy still lies ahead of it. Aliona Polunina’s film The Revolution That Wasn't (2008) is dedicated to the events preceding the Russian presidential elections in 2008. It is worth noting Estonian and Finnish producers – not Russians – found a way to finance the film, which tells the story of dissenters’ marches, and the nationalists and opposition leaders always fighting with one another. Today, five years after the film was released, it may leave an even greater impression on its viewers, considering how Putin’s presidency has turned into an almost absolute monarchy, and the opposition – whether nationalist, democratic, or any other kind – is voiceless.

The only thing worth listening to is your heart. In order to understand this simple truth, the main character of the film Cash and Marry (2008) has to go through many adventures. The director, Atanas Georgiev, is concurrently a friend of the main character, Marko, whose personal charm is as great as his desire to marry a European Union citizen. Atanas got money for his film from Croatian, American, Macedonian and Austrian producers. As such, he accompanied Marko to the land of the Viennese waltz in order to help him get over the Schengen zone wall from behind the camera and directly into the shot. The pragmatic adventurers cheerfully and easily dip into the serious problems of ‘fake’ marriages. In the background there is vivacious, rhythmical music, and in the foreground our young heroes, who will not be brought down by their misfortunes in an often unwelcoming Austria. They are sure of themselves and run forward towards a happy ending. Love or a passport? The answer will be revealed only to the viewers.
A life saved, filled with worries, hopes and love, or an everyday life, inspiration for which is found in oneself and the world around – no matter which, it is always a real miracle. Dоcudays UA takes its viewers on the road to look for this miracle. Coming back from such an unforgettable trip is best described in the words of Mandelstam: “Odysseus has returned, filled with space and time!”