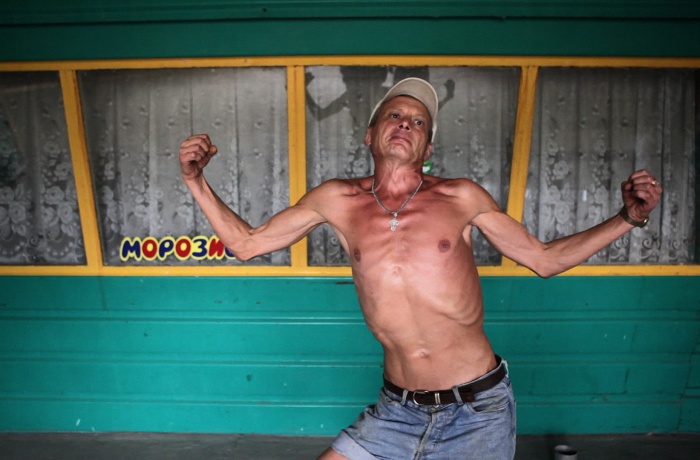 This year’s selection of Ukrainian films provides an opportunity to meet artists of different generations, styles and preferences. From very young beginners with imperfect skills, but who already have their own artistic eye, to the favorites of many festivals with their almost classic domestic documentaries. Screenings of the DOCU/UKRAINE program will take place from March 22 to 25 in Blue Hall of Cinema House.

Film critic Ihor Hrabovych had an opportunity to watch all the program’s films, so here’s his opinion…

The Ukrainian program DOCU/UKRAINE is indicative, even representative, because it well reflects current Ukrainian society – both in terms of the generations represented and the issues raised.

The senior generation of Ukrainian filmmakers is represented here by Oleksandr Balahura’s film Loli Kali Shuba which sticks together the Soviet and the post-Soviet, Ukrainian eras. The starting point of the film is the director’s return to the location of his 1991 film Widow Street, dedicated to the life of the Transcarpathian gypsies. This time, the trip was unintentional, and it turned out to be a journey in time, a reflection upon the past, and a presentation of nowadays.

The movie has a loose structure: the old film is intertwined with its characters’ stories about their current lives, and the new reality reveals its old roots.

In his film Amosov – Centenary, a young director Sergey Lysenko reviews the life and work of the prominent Ukrainian surgeon, engineer and thinker Mykola Amosov. It is a story about a long happy life examining the personal achievements and philosophical investigations of the surgeon. To me, the most interesting motif of the film is Amosov’s interaction with history, the historical time he has witnessed.

On the one hand, the celebrated doctor saved people’s lives without regard to their convictions or social status; on the other hand, he was concerned about status, since he was searching for a formula for an ideal society which would satisfy everyone. Sooner or later, however, such a quest had to result in personal frustration, if not a conflict with the government. And so it was: the times witnessed by Amosov proved to be incompatible with his ideals. To a large extent, Amosov – Centenary is a requiem for a Soviet dream which is on its way out today.

Roman Bondarchuk’s portrait film Café Voyage is also a story about a period of time, examined this time through the figure of an ordinary man, a watchman of a private pond. Uncle Vova talks about himself and the life around him candidly, but with no pathos or dramatic tension. Uncle Vova belongs to the middle generation of Soviet people who witnessed the empire’s breakdown in their mature years, and who during subsequent decades were trying to find their place in these new times.  In the film, these new times are described through the protagonist’s story about local migrant workers who have to bend their backs for the new rich men, working for peanuts or even for free.

The character is very important in this film, because he represents the little Ukrainian who wants to survive under any conditions. It seems that this kind of people were among those who worked in Mezhyhirya. The wind of history bows them but doesn’t break them.

One more portrait of ordinary people, this time a collective one, is Piotr Armianovski’s film Meat Factory. It depicts the operation of the 2012 parliamentary election’s regional commission located at a Donetsk meat-packing plant. The film focuses on the commission’s workers as well as the electors. We don’t see anything extraordinary in the film, but its peaceful atmosphere reveals one of the thorny issues about Eastern Ukraine – its political apathy, reflected in an inertia of thought and actions. Thus the elections in this film seem to be merely a formal act. The film resembles Chekhov’s plays: people talk about the little nothings of life while their actual lives are deteriorating.

Yuriy Rechynsky’s film Sickfuckpeople, a full-length story about a group of Odessa junkies trying to find their place in life, looks quite radical. The film is divided into three parts that are perceived symbolically. The first one is about life in the womb: drug-addicted children live in the cellar and emerge into the world through a narrow window, as if being born. The second part is a story about a cellar dweller’s search for his biological mother, and the third one tells about one of the protagonists’ own attempt to give birth.

The story about motherhood and childhood is delivered through the most basic and even degraded forms of these very young people’s biological existence of. To a large extent, it is a collective portrait of the country in its most radical manifestation, where not only biological material, but also the social institutions are degenerate.

Kateryna Gornostai’s film Between Us narrates a love triangle or “the practice of grassroots polyamory”, as it is called in certain intellectual circles; this seems not quite to fit in the program but at the same time it feels like a prologue to the future. The story focuses on a young married couple on the verge of breakup because of the girl’s affair with an older man. However, the situation is hardly criticized or even discussed in the film.

The characters’ social background is outlined quite vaguely, and so are the possible solutions of the situation. At the same time, the film’s reserved and low-key nature normalizes the practice of polyamory, which is known in Ukraine under other names and perceived rather negatively. But now there is something to think and talk about.