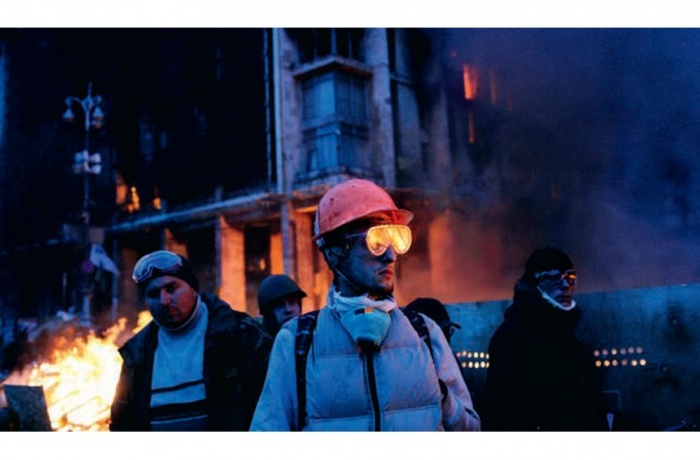 The opening film of this year Docudays UA «Euromaidan. Rough cut» starts on a tour to regions of Ukraine and abroad. Film screening will take place within Docudays UA Travelling Festival which traditionally demonstrates best films of the festival starting from October till the end of December.  Together with the Travelling Festival the film will visit more than 230 cities and towns of Ukraine – Vinnytsia, Dnipropetrovsk, Kyiv, Kryvyi Rih, Lviv, Zhytomyr, Ternopil, Zaporizhzhia, Poltava, Sumy, Chernihiv, Kharkiv, Mykolaiv, Kherson in Donetsk region and the Crimea.

Further details on regional screenings can be found at the festival official Website http://traveling.docudays.org.ua/

«Euromaidan. Rough cut» – is an almanac of three months of revolution from indignant protest to people’s unity. The film is interesting with the fact that it united works of many young Ukrainian directors who shot events at Maidan – everyday life as well as the hottest moments.

«The film "Euromaidan. Rough cut" appeared unexpectedly. We were preparing the ХІth Docudays UA and suddenly understood that we had no opening film. During the events at Maidan we could talk only about Maidan. So naturally at the festival opening we wanted to show Maidan. We addressed the directors shooting the Ukrainian protest and asked them to provide us with their best shots. Episodes of future films about Euromaidan emerged into a revolution kaleidoscope which needs no comments», – says the PR-director of Docudays UA Festival Darya Averchenko.

We offer the spectators in regions to review the chronicle of the Ukrainian protest, to survive once again three most interesting months of our modern history, to feel and see the revolution with the eyes of young directors. From saucepans on heads to sticks and bulletproof vests. From the victory euphoria to the lament for the fallen of the Heavenly hundred. This year the Docudays UA opening has gathered in Kyiv a record number of spectators and for the first time during our festival history the screening finished with the hymn of Ukraine, with sincere tears.

At these days «Euromaidan. Rough cut» is also travelling to international film festivals. In response to numerous requests the film has already been screened at the CinéDос-Tbilisi, Inconvenient Films festival (Vilnius) and in the nearest future it will be also screened in Canada, Poland, the Czech Republic, Switzerland, Hungary and even Russia.  The film was chosen to take part in the program Best of Fests at the most prestigious documentary film festival IDFA, which takes place in Amsterdam.

Entrance to all film screenings is free.