Films by European directors at European Days in Ukraine 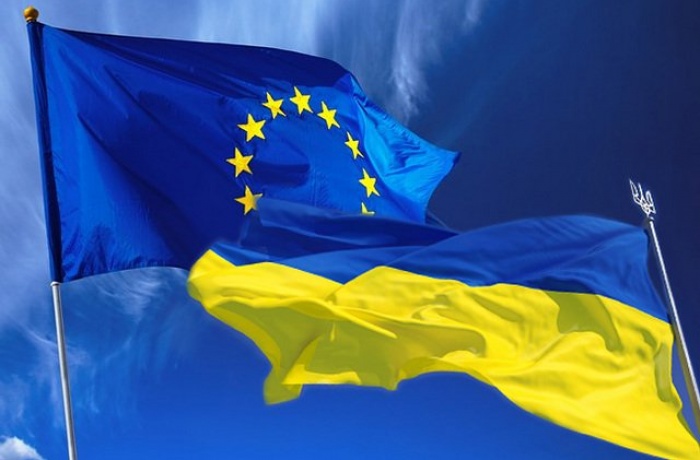 Docudays UA International Human Rights Documentary Film Festival and Center for European Information invite you to watch the Docudays UA documentaries at the 2014 European Days in Ukraine. Dialogues about Values.

The screenings are to take place in local libraries, high schools, and NGO buildings in 13 regions of Ukraine, starting April 22 untill May 23.

The program includes: Theory of Education and Uliyana, Putin’s Games, Igrushki, The Odd Movie, and short films Vegas, Sodiq, and Joanna. The screenings are to take place in the major cities, as well as small villages. Geography of screenings include such regions as Khmelnytsky, Kirovohrad, Chernihiv, Chernivtsi, Mykolayiv, Vinnytsia, Poltava, Kyiv, Cherkasy, Zhytomyr, Sumy, Volyn, Dnipropetrovsk. The screenings will be followed by discussions with experts.

The 2004 European Days in Ukraine. Dialogues about Values project is aimed at bringing Ukrainians' attention to the European values and standards. Organizers are interested in popularization of the social request for European choice via I Share European Values! campaign. The campaign invites the district activists, experts, scientists, directors, and writers for a dialogue and partnership with the Ukrainian network of Centers for European Information.

Theory of Education and Uliyana (2011, Czech Republic, 52’, dir.Alexandr Gorelik). All pedagogic rules are helpless against this unique 9-year-old personality. Good children work hard and pray, they play together. Bad Uliyana doesn’t pray, she is usually alone. Her mother is a drug addict and her grandmother is an alcoholic. So the sisters from the New Holy Martyrs community, where Uliyana is institutionalized, consider her genetically defective. Even Mother Veniyamina, a former professional teacher and now a Christian orphan instructor, can’t cope with her.

Putin’s Games (2013, Germany, Israel, Austria, 90’, dir. Alexander Gentelev). The 2014 Winter Olympics in Sochi, Russia was the first ever to be held in a subtropical resort. The most expensive games ever have broken all records when it comes to corruption and megalomania. For example, the 45-kilometer (28-mile) road to the Olympic Village was so expensive that it might as well have been paved with gold or black caviar. Director Alexander Gentelev got to speak to many key figures, from the mayor of Sochi and corrupt contractors, senators and lobbyists, to the president of the Russian National Olympic Committee, to show that to a large extent the story of these environmentally unfriendly Olympic Games is one of threats and enormous misappropriations of money.

Igrushki (2012, Lithuania, 58’, dir. Lina Luzyte). The town of Zhlobin in Belarus has spent 21 years since the collapse of the Soviet Union. Most of the locals survive solely by making and selling soft toys, while their only customers are the people passing through on trains. However, approaching a train with a toy in one’s hands is illegal. The ordinary inhabitants of Zhlobin make toys, sell them despite the strict prohibition, have chats, drink, go back to making toys, sing, fight and… make toys again.

The Odd Movie (2013, Poland, 54’, dir. Brygida Frosztega-Kmiecik). A story about people with disabilities, their sensitivity, finding their own role in life and playing the roles of others. The inspiration for the film came from film therapy workshops for people with disabilities, run by the Wrota Film Club in Gliwice. The camera serves here as a filter through which people with disabilities find it easier to show and understand their emotions and overcome their limitations, convincing themselves of their own self-worth and building up their self-confidence. The participants share a world that is far from our imagination. The key to it is imagination, and the pass is sensitivity.

Vegas (2013, UK, 24’, dir. Lukasz Konopa). In the middle of the Nevada desert lies the entertainment capital of the world. At the peak of the economic crisis, three residents of Las Vegas struggle to make their American dream come true. Working as a peculiar portrait of the city, this film reveals a surreal, tragicomic reality hidden behind the shiny neon lights – a reality that a tourist would never see.

Sodiq (2013, UK, 44’, dir. Adeyemi Michael). Sodiq dreamed of going to University and becoming a doctor in 2008. Fast-forward 5 years: he is on trial for murder. Director Adeyemi formed a unique bond with Sodiq; they set up a football team on their council estate together, and made a film in 2008 celebrating Sodiq’s dream of becoming a doctor, stating at the time that he didn’t want to end up in jail. The victim Sylvester also had dreams of becoming an athlete; it appears he and Sodiq were leading a double life. Director Adeyemi goes in search for what the turning point was, for a young man who once had the ambitions to become a doctor.

Joanna (2013, Poland, 45’, dir. Aneta Kopacz). Thanks to her blog, for many people Joanna has become an icon of a thoughtful and joyful life. The blog describes her daily life honestly and accurately: her goals are as simple as a family trip to the Polish lake district; her planning as short-term as witnessing her son’s first successful bike ride without training wheels. She starts the blog when she finds out she has cancer and is given three months to live. Then she promises her 5-year-old son, Jas, that she will do her best to survive for as long as possible. And she starts writing for him.