A focus on the idea – first DocWorks training program 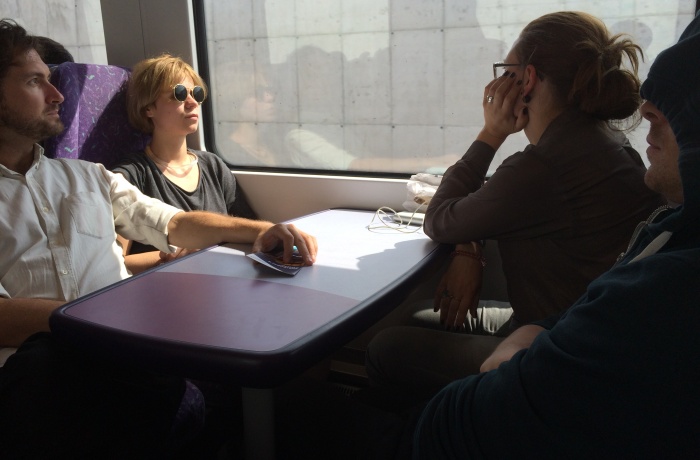 What and how does the new international program teach documentary filmmakers? DocWorks: UA/UK (organize by The British Council in Ukraine, Sheffield Doc/Fest and Docudays UA) participants, mentors and curators are telling us about the first seminar in Sheffield, UK.

On the first days of June, before the festival Sheffield Doc/Fest, three teams of filmmakers from Ukraine and Britain took part in the DocWorks: UA/UK workshop. Six experienced Ukrainian and European directors, producers and distributors became mentors for young filmmakers, so as to help them build the storylines for their future films.

During three days the participants attended a whole range of master classes, beginning with the classic of non-fiction cinema Audrius Stonys’s presentation and ending with the workshop of André Singer, a producer of such prominent films, as Joshua Oppenheimer’s "The Act of Killing" and "The Look of Silence".

Every day the teams presented, in one form or another, their projects. This was actually what the workshop started with, you had to present yourself and your ideas to your colleagues. I was particularly delighted with the Ukrainian participants. The topics that they are working on are not common for the Ukrainian cinema. It makes the authors’ approaches and solutions especially interesting. After the workshop all the participants plunged into the festival life: films, meetings, master classes and parties. We managed to get everywhere, from a gay club to a small secondhand bookshop which is likely to disappear next year because the building is going to be demolished in spite of petitions. Now the participants continue communicating with their mentors online and carry on with their projects. Next time the will be meeting at Docudays UA-2017, where they will be able to attend one more workshop and a “more mature” pitching session, as a result of which the best project will be awarded with £ 2500 for further development. 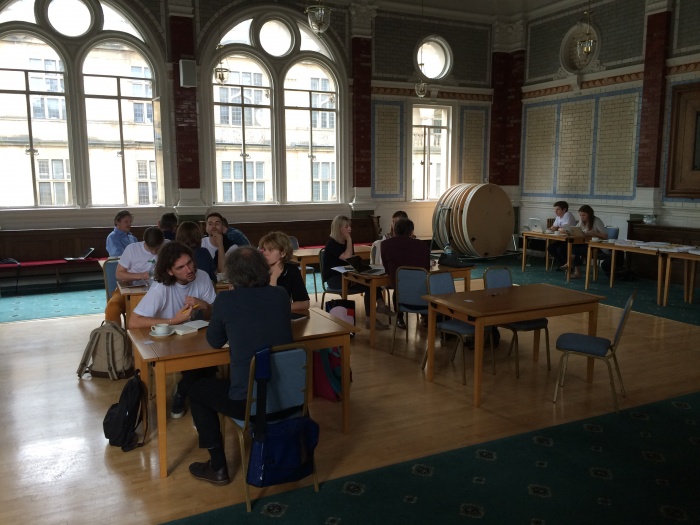 Director of the project “UNDERWATER”

DocWorks itself is a valuable experience of communication with professional mentors, who have given necessary feedback to our project “UNDERWATER”, and communication with other participants. Also, it’s worth mentioning a very short but efficient master class on pitching, which, personally for me, was a jewel of the three-day workshop. 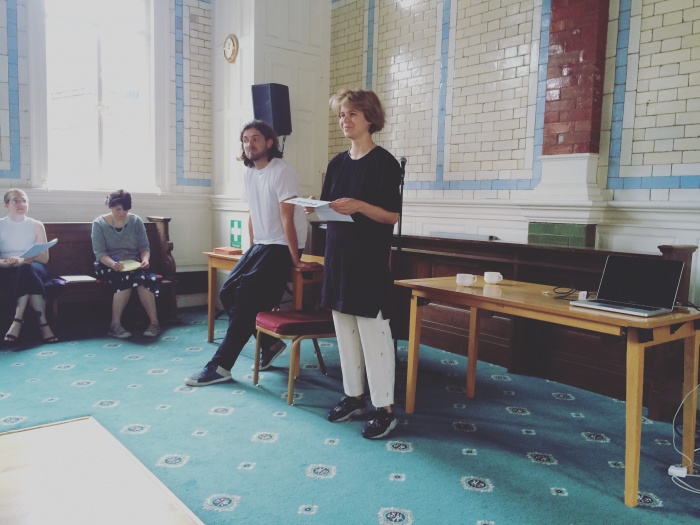 Director of the project “The Great Accelerator”

André Singer, our project’s mentor, apparently understands our future film better than we do ourselves. Basically, it’s no surprise. He is a producer of Werner Herzog and Joshua Oppenheimer, as well as as the President of the Royal Anthropological Society. And it is the same person. And he is our tutor. He is perhaps our main impression from the DocWorks workshop in Sheffield. 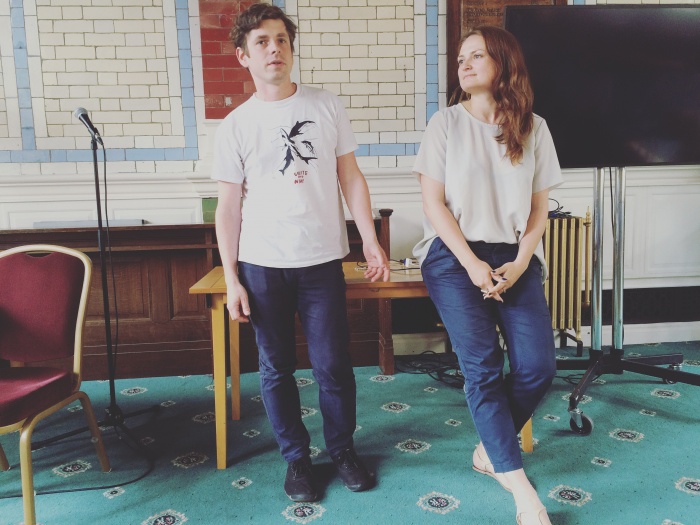 Director of the project “Loyalty vs Truth in Ukraine»

I didn’t know what to expect when I turned up in Sheffield of mentoring, although I had a vague, uneasy feeling that our idea to shadow Mikheil Saakashvili as he turns up the heat on corrupt officials in Odessa was lacking in some vital way. Both our mentors, Andrey and Boris, as well as some of the other tutors, agreed. They helped to give us direction to get the basic idea of doing a film about corruption in Ukraine onto a surer more realistic footing. It was also extremely helpful to see what the other team’s ideas were and see how they pitched. 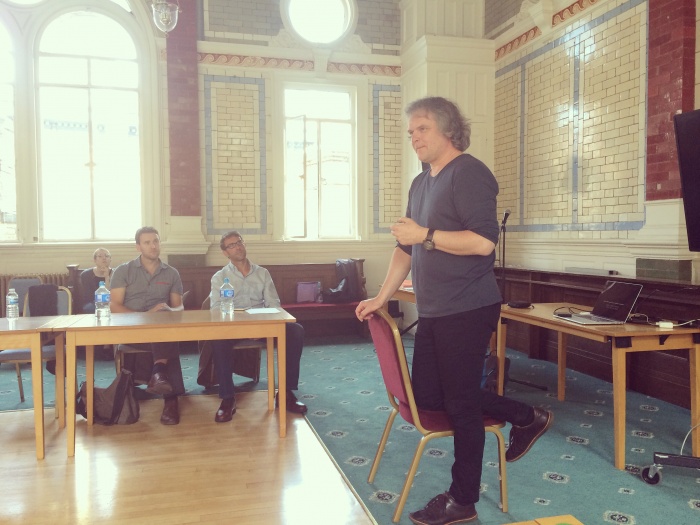 The projects ranged from naive to promising and impressive, which is more or less a typical diagnosis for such hastily set up events. What lacked mostly for me is a more robust program, including in-depth analysis of the projects, both individual and in groups, both dramaturgy and production-wise. But the participants are all lovely and inspired and the workshop will continue online and ultimately come about at Docudays UA-2017, which leaves ample time to catch up and get those projects in shape. 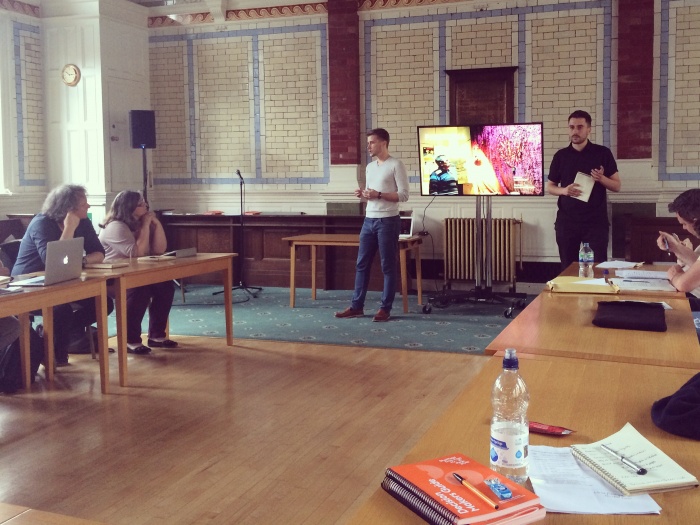 Yury Shylov and Sashko Chubko talk about their movie's idea

Director and producer of the project “(N)OSTALGIA”

The first part of the programme at Sheffield Doc/Fest has allowed us to pitch our film for the first time to our Ukrainian colleagues, which we believe has considerably enriched its development. We felt that the atmosphere of the workshops was set up perfectly to be open to exchanging ideas, debating, and sharing. Our mentors were hugely experienced and inspiring. Now we are really looking forward at the end of the nine-month mentoring period and delivering the best possible pitch to the audience! 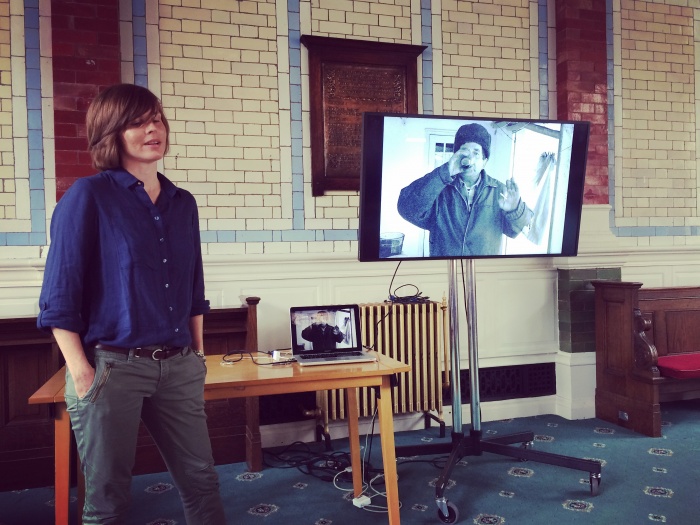 I had always been suspicious of the miscellaneous educational “exchange of experience” programs. The first stage of DocWorks: UA/UK made me change my mind, as it turned out to make a lot of sense – as some kind of a “magic nudge”, which everyone can get, regardless of the results. I also got my dose of inspiration in Sheffield, although this time I was on the other side of the barricade, among those who shared more than received. But it is always a two-way process. It appears that when your mentees pitch, you, among the decision makers, are as anxious as they are “on stage”. As for the projects, I can say just one thing, more than a half of the projects, presented by the participants at the stage of idea, for me, have already become a must-see on the big screen. 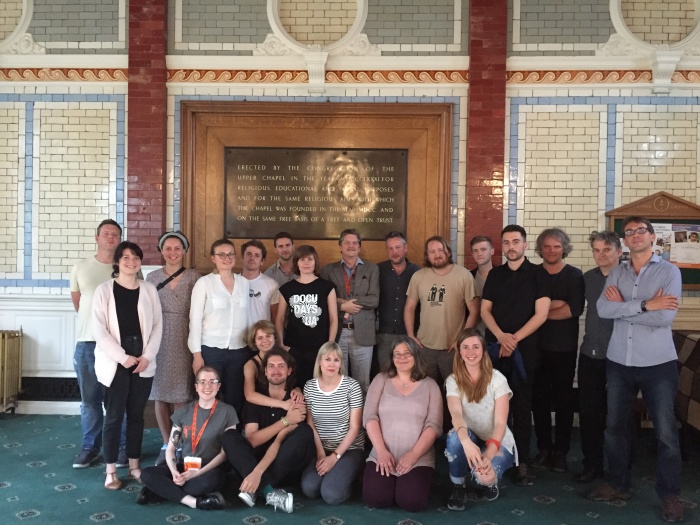 The participants, coordinators and mentors of DocWorks: UA/UK in Sheffield