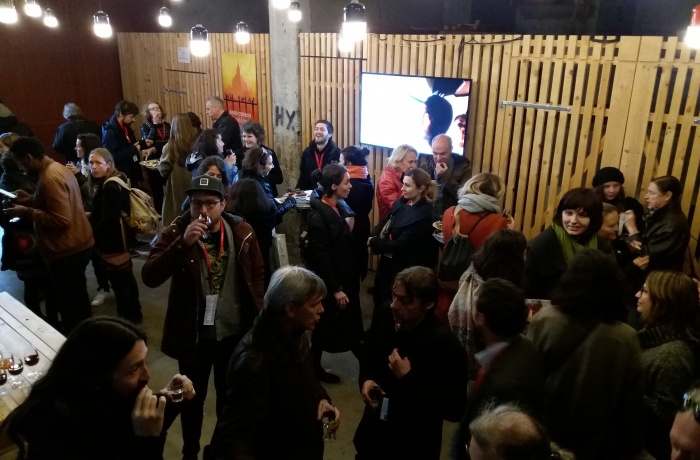 Swiss film festival industry again surprises with the new forms of expression and the ways in which documentalists tell about their characters. From 13th until 21th of April, the 48th International Film Festival Visions du Réel has been taking place in Switzerland.

This year’s trip to Nyon was attended not only by our program coordinators, who were presenting the collection of Ukrainian documentaries, but also by young moviemakers. They have shared the most surprising things about this year’s Visions du Réel in our blog.

In spite of this year festival’s focus on South Africa, Ukraine remains a certain trend in European cinema. Even though none of Ukrainian filmmakers participated in this year’s festival, many of the movies were filmed in Ukraine, are dealing with Ukrainian issues, or feature scenes from the war and Maidan. 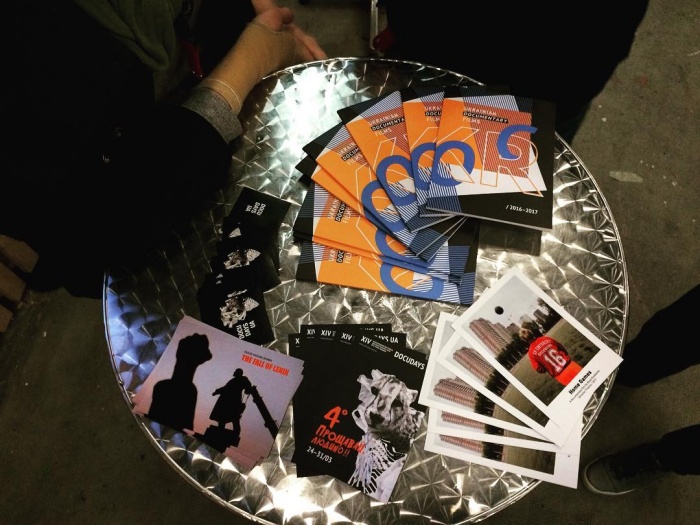 During the presentation of the collection of Ukrainian documentaries

I knew that every festival has its own film selection style. I also knew that European taste differs significantly from what we, Ukrainians, usually see on screen, even at film festivals. This was the first time I have seen all of this face to face. Contemporary documentary art house featured by Vision du Reel usually does not include the dramaturgical scheme, which is familiar to us and “inviolable”, as we have often been told. The moviemaker is “pusuing” not only the event, but also the audiovisual style. This very style, rather than the narrative, frequently becomes the key to understanding of the movie.

If I were to choose one film that impressed me the most at Nyon, it would be “Dusk Chorus”. This Italian movie tells about an expedition to Amazonia forests, which is aimed on recording and preservation of the sounds of the voices of extincting species. Tropical rains, animals and insects, rustling leaves are the main subjects of the film. Of course, this topic puts the movie under threat of turning into a BBC-style popular science film. However, the filmmaker focuses on nature observation and the purposefullness of the main character, the expediter David Monacci, rather than on the narrative and information.

Visions du Réel has its own workshop section, some of which I have attended. The most useful one was dedicated to the audience engagement. We were studying the cases of efficient use of social networks for movie promotion. I was skeptical at first, but afterwards I understood how useful a well-developed marketing strategy can be for the movie’s success. 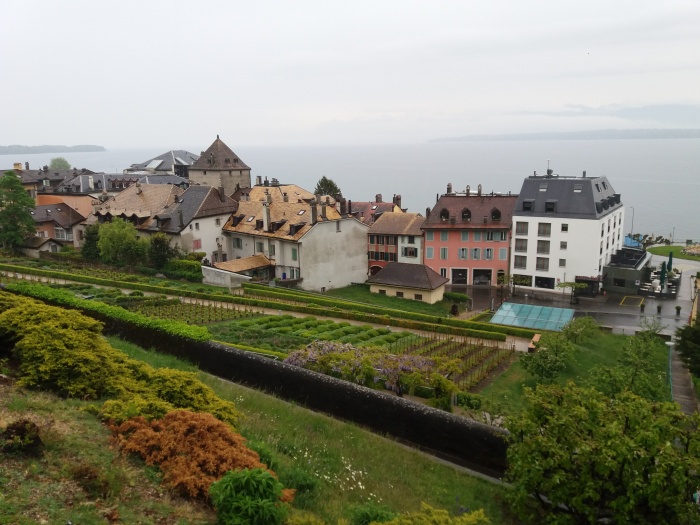 During the trip, I was deeply impressed with the festival host city of Nyon, located on the shore of clear lake surrounded with mountains, and with the hospitality of the locals. The festival program itself surprised me with wide variety of creative documentary films about science and art. The most memorable movie was “Diana” by Simon Ripoll-Hurier. This film is based on the history of Diana project, initiated in 1946, when a group of American scientists successfully sent radio signal to the Moon and received reflected signal. Besides mentions of this scientific achievement, the movie features different radio amateurs. The most interesting among them are the people who are observing birds and hunting ghosts with use of sound waves. “Diana” is telling a story about the desire to establish contact with the unprecedented and the mystical by all means.

What surprised me the most about the festival? Almost everything. From smiling elder women with QR scanners at the entrances to the screening halls and convenient mobile application, which allows to book a ticket in two clicks (even IDFA-2016 did not offer this feature), to the fishermen’s (judging from the coat of arms) Nyon town on the shore of the Lake Geneva. 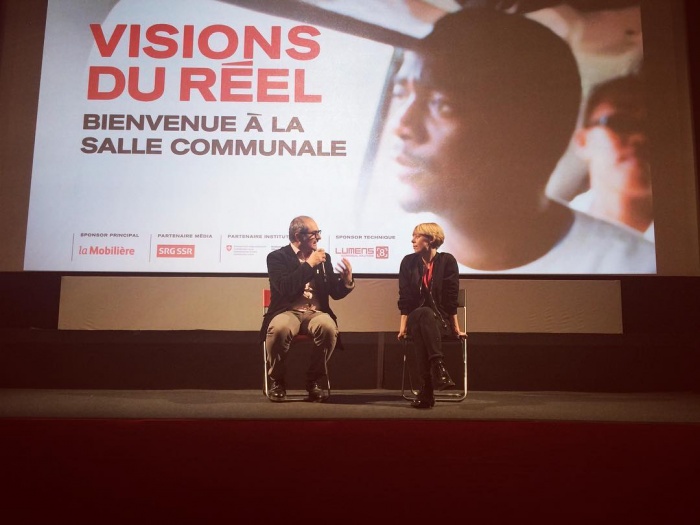 Discussion after the filmscreening

Traditionally, the School of Marina Razbezhkina, represented in the program by Lida Sheinin’s “Harmony” and Arina Adju’s “All Roads Lead to Afrin”, stood out with complete dissolution in the heroes’ lives, which is rarely found in most European movies. I was also pleased with European filmmakers’ visual culture and sensible form, which almost always poses an issue to post-Soviet filmmakers. Swedish movie “Lida” by Anna Eborn is on the crossing of these two fields. It includes both, and much more: from the main hero’s death (giving the carte blanche for understandable ending with philosophical generalizations) to the esthetized reality of Ukrainian village (thanks to the film and the wonderful cameraman!), which allowed me to look on the “native village” with the eyes of amazed alien.

Generally, most of the films from Visions du Réel went so far beyond usual framework of documentary movies’ perception that it is probably time to review these frameworks: to “extend the horizons”, to “widen the paradigm”, and to “change the discourse”.