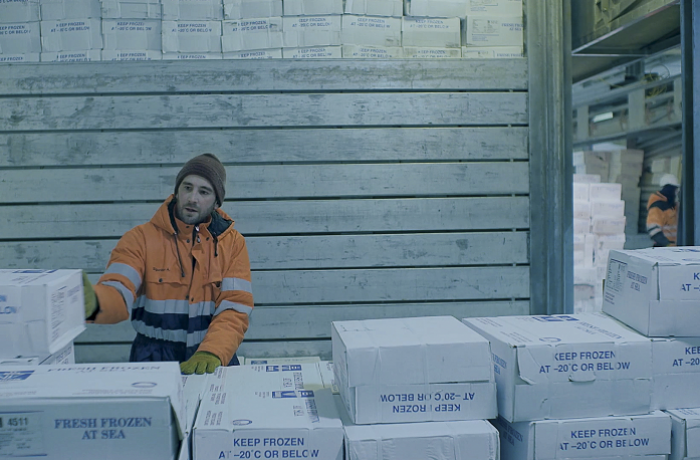 The three films that are presented by the ICE DOC programme were produced in the Nordic countries; but they have a great potential for destroying the stereotypes which audiences might have about all things Scandinavian. The films focus on different issues, be it women’s rights, nature activism, or the impact of neoliberalism on cooperation within groups; they are mirroring the diversity of issues and topics relevant to the everyday lives of societies in Iceland, Sweden, and Finland.

Anxiety at being unable to feel closer to nature leads the director of The Nature of My Heart to go on a journey with a friend through the wilderness between Helsinki and Savonlinna. The video diary of the trip, in which they could not entirely avoid the signs of civilisation, is spliced with vignettes portraying other characters – a gardener, a zoo-keeper, an ecologist, a naturalist writer, an urban survivalist – each one of them trying to understand the human-nature model of existence in their own way. In the diversity of responses offered by these short on-topic sketches, we see nature as somewhat idealised. Certainly, inherently present in the film is the idea that by destroying nature, humans themselves create the possibility for disasters which they suffer later. On the one hand, it imposes total responsibility for the destructive processes on our planet on humans; on the other, this idea also puts us in a state of anxiety, an atmosphere of which permeates the entire film. Nature allures the film’s characters, as they see it primarily as a certain kind of therapy for themselves, a ‘pristine’ and ‘real’ space, which should serve as a catalyst for their internal growth. At the same time, this anticipatory guilt compels them to refrain from excessive intervention into the natural environment. Thus, their relationship with nature shows unprecedented pressure and rationalisation.

Prison Sisters, filmed by the Swedish-Iranian director Nima Sarvestani, is also dedicated to issues of interaction – but not between human and nature, but between human and human. Sarvestani has for many years been making documentaries on the abuse of women in some Muslim countries; in the new film he continues to follow the fate of Sara, the protagonist of his 2012 film No Burqas Behind Bars, who had served three years in prison for a so-called ‘moral crime’. Having invited Sara to Sweden for the premiere of the film, the director witnesses the girl’s well-motivated reluctance to return home to Afghanistan, where her uncle and brothers are waiting to kill her in the name of ‘honour’. Determined to help Sara get asylum in Sweden, the director takes an unexpected decision to intervene in the fate of the character, and thus becomes a full-fledged film character himself. He is shown negotiating with the state, providing Sara with temporary housing, and most importantly, travelling to Afghanistan in search of Sara’s friend Najibeh, who had served time in prison together with Sarah, and is now considered missing or even dead.

Nima’s journey takes us on tour of the systematic violence faced by all women in Afghanistan. Difficulties in finding Najibeh are brought about by the similarity of her name to the names of thousands of other women who have been through the penitentiary system. Looking for Najibeh, we find many others who were sold, raped, imprisoned, beaten, and even killed. The fate of the real Najibeh comes to this film as a piece of the puzzle; the question arises of what will be the fate of Sara, who allegedly managed to escape this system.

The Icelandic film Keep Frozen is devoid of drama and linear narrative. The static camera, the frames in blue-grey tones, and the monotony of action completely reflect the life of the dock workers, who from early morning to late evening (and often for several days in a row) have to load and unload frozen fish to and from vessels arriving in the docks. As the film shows the workers hurling 25-kilo boxes one after another at a temperature of 35 below zero, these features intertwine into some kind of automated action, which one may find very difficult to emerge from or stop looking at, even while being on the other side of the screen.

In a sense, the films of ICE DOC program talk about the imperative influence of the environment on human behaviour – the dock workers who are hostages of the chaotic schedule and harsh working conditions that define their entire lives; arriving in a foreign country, Sara absorbs the habits of ‘free’ people and refuses to wear the hijab; the characters of The Nature of My Heart, with their desire to be closer to nature, still live within the scenery set by culture and follow its rules. At the same time, the three films show us that nothing is eternal and that any changes can be reversed. And if we may become frustrated by the reversal in women’s rights and freedoms made evident by the example of the character’s life in Afganistan, the turn of events in the context of climate change and the environment may – on the contrary – leave one hopeful that better scenarios may still exist.