Courage, Freedom, Beauty. “THREE THINGS I DON’T KNOW ABOUT HER” 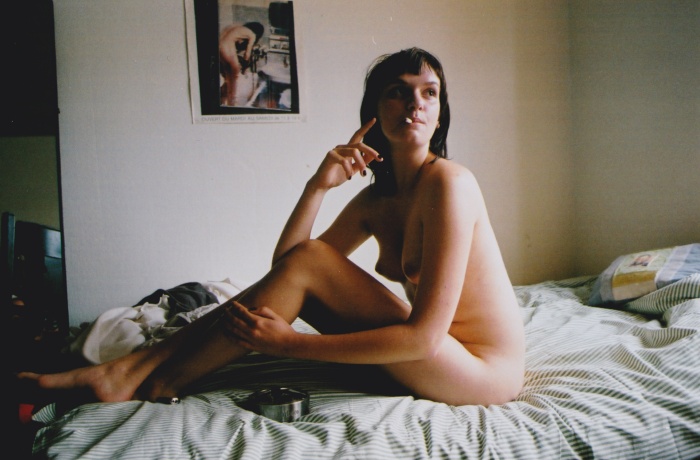 “Three Things I Don’t Know About Her” is our attempt to look at the world with the eyes of three filmmakers and through the mirror of the experiences of the movies’ characters. Nadiya Chushak, coordinator of the festival’s human rights programs, tells about the freedoms and courages of this special program at Docudays UA.

40 years ago Jean Luc Godard, the master of intellectual cinema, made the film “2 or 3 Things I Know About Her”, whose title hints that the creator knows something about women. This doubt (is it actually two or three?) comes to the forefront of the movie itself. To give credit to the director, instead of attempting to create a holistic narrative about what the woman is or should be, he speaks of impossibility to comprehend the world we live in. While admitting this impossibility, Godard urges us to look around ourselves with more precision than before. The program “Three Things I Don’t Know About Her” is our attempt to look closely at the world with the eyes of three female directors.

The world appears in front of us, reflected in the experiences of the movies’ characters. Courage, freedom, and beauty are the three main motives of this program. There is nothing new about them, but still these are the things that often avoid our attention due to the amount of stereotypes and prejudice about the role and place of the woman. Little seems to remain unsaid about women after so-called sexual revolution and three (or more) waves of feminism. However, young Scandinavian directors, Lea Glob and Mette Carla Albrechtsen, ask themselves a question: “Do we even have the language which would allow us to understand our sexuality and aspirations?” Female sexuality in the modern world remains in the captivity of patriarchal system. In the countries of Sub-Saharan Africa, it is controlled with cruel and lethally dangerous practices of female circumcision. But in the West as well, women’s corporeality and sexuality are defined by expectations about appearance and behavior. One needs courage to break free from this cage, including the courage to talk about one’s sexuality, regarding it not only as a personal, but also as a political phenomenon. Directors of the movie “Venuses” have started this project as a self-research of their personal experiences, and in order to understand them better, interviewed many other young inhabitants of Copenhagen. The female characters of the movie are beautiful in their openness, vulnerability and desire to understand their own sexuality and regain control over it.

(Self)search was also the cause for making of the movie “Gulistan, Land of Roses”. Zayne Akyol, young Canadian filmmaker of Kurdish origin, travels to Kurdistan in search of Gulistan, her childhood friend and mentor. Gulistan has left Canada in 2010 to join the fight of the Kurdistan Workers’ Party. Zayne did not succeed in finding her childhood friend – Gulistan died. Instead, the movie director has met other strong, wise and beautiful women, who are not afraid to die in the attacks of Daesh (or so-called Islamic State). Kurdish rebels skillfully disassemble and clean the weapons, aptly shoot at the enemy, and train incessantly. However, the key to their travel towards freedom is how they think of it, and therefore, create it. And along with freedom goes a chance for existence of the world where all of us could live and create freely.

Unlike many other travelers from the West to the “marvelous” East, the author of “Gulistan” does not exoticise her characters – on the contrary, she carefully listens to them and makes them co-creators of her movie. Claudia Varejao, the director of “Ama-San” movie, also avoids the trap of exoticism. Amas are Japanese women divers who, without any equipment, plunge into the sea, hunting for seafood. This ancient trade has recently turned into a tourist attraction. Most of the amas images nowadays are glamour photographs of half-naked young Japanese women. Varejao’s movie, in its turn, shows ordinary divers from a small fisher village. The average age of the characters is 67 years. Diving is just a part of their lives, which is complemented with household chores, work in the backyard, relations with families and friends, and singing in karaoke bar.

The beauty in this movie has nothing to do with the necessity to correspond to the artificial standards that are imposed on the modern women. The beauty lies in the details of the characters’ everyday lives, and due to this amas appear to us as personalities, as parts of the complex weaving of life.

On photo “Venuses” by Lea Glob and Mette Carla Albrechtsen