How Should Documentary Filmmakers Work with Media Platforms? 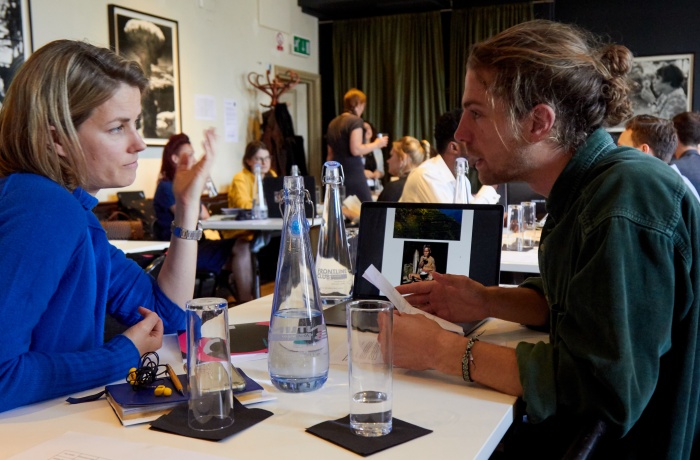 What kind of short films is interesting for global media giants, such as The Guardian, AJ+, BBC Stories? How do these platforms usually work with documentary filmmakers? This year, Docudays UA hosts Global Short Docs Forum which works with short films in particular.

The experience of the Global Short Docs Forum has proved that new stories and experiments can do better than any mainstream films on air. Last year, the GSDF took place in London. One morning before the one-to-one meetings, Lisya Yafet, the coordinator of the Global Short Docs Forum, talked to Rosie Garthwaite, the producer of the BBC Arabic documentary department. Last year, this platform bought a project, the teenage documentary drama 51K by Mohamed Shalaby. The Egyptian director was one of the Forum’s participants.

How has it been going so far this morning?

[The filmmakers] are just so incredibly organized with all of their materials! It’s a pleasure to sit down and have somebody pretty much have everything that you need. Also, the ability for them to work together and increase their skill capacity as a team has really shown through. So that’s really good. Also the trailers, I don’t know if you guys had much of an influence on them. But the trailers seem to be really well crafted. You guys have done a really good job working with them. They seem mainly quite confident with their project which is really good. Because it means that they have done the background research about the story they are going to tell.

And what kind of stories are you looking for?

At BBC Arabic we focus on Arabic content or at least content from MENA, which is the region that we are looking at. We are particularly interested in stories about women, young people, hard to access emotionally or hard to access literally, physically, stories that other channels may not have the ability to access, either for political reasons or for financial reasons. So that’s very specifically what BBC Arabic wants. But across the BBC, which is a very big institution, we are just looking for really innovative storytelling techniques and just really good stories that deserve to be told. 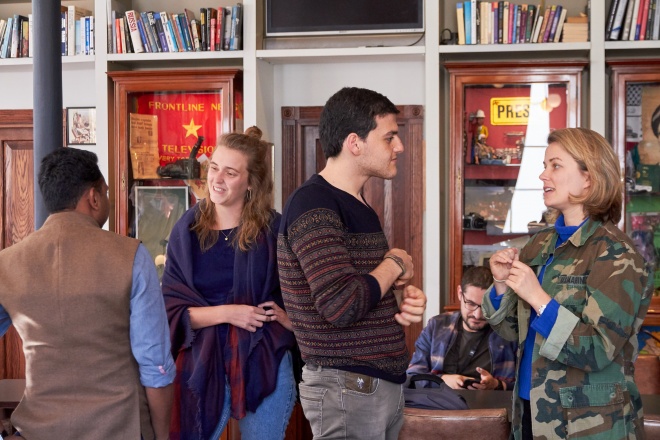 Participants of the GSDF with representatives of the digital platforms

How do you usually reach filmmakers?

Normally when I’m looking for filmmakers I’ve got my own network that I’ve worked with in the past and obviously each of the people I have worked with, they come along and they bring their own network. But it seems to me, there are no limits to the numbers of new people that we need to be accessing. People for one reason or another move on through shorts onto long or into television, and it’s really hard to keep the talent pool fresh in digital docs. So that’s also been a lovely thing today during GSDF - to see the variety of approaches that people are taking because it’s not a cliché approach, it feels fresh and interesting.

In general, how do you think everyone benefits from these kinds of collaborations - broadcasters, filmmakers…

Independent filmmakers in the global sense are usually alone and unsupported, so it’s so fantastic to know that they have had a little bit of handholding before they are coming to us. So often a lot of what we are doing is working with people that need so much support and financial support as well. And I’m sure all of those questions have come up while you have been working with them. [During the meetings] the feedback I have given has gone beyond just who would be useful for them to know in the BBC and who would be interested in the films, but also in terms of the grants they can be applying for, and other things. You know it’s very hard to find information out there for the majority of people who don’t have a documentary institute that supports them, so the more assets that are available online the better.

Thanks to the support from the British Council in Ukraine, participants from a number of countries, including Ukraine can claim a submission fee waiver and apply free of charge (see the Submission Information for more detail on the procedure).

The submission deadline is 23 November. See more details about all the conditions of selection and participation here.

Global Short Docs Forum is organized by One World Media. The 2019 edition is sponsored by Facebook Journalism Project, supported by the British Council and the European Bank of Reconstruction and Development, and hosted by the International Human Rights Documentary Film Festival Docudays UA.