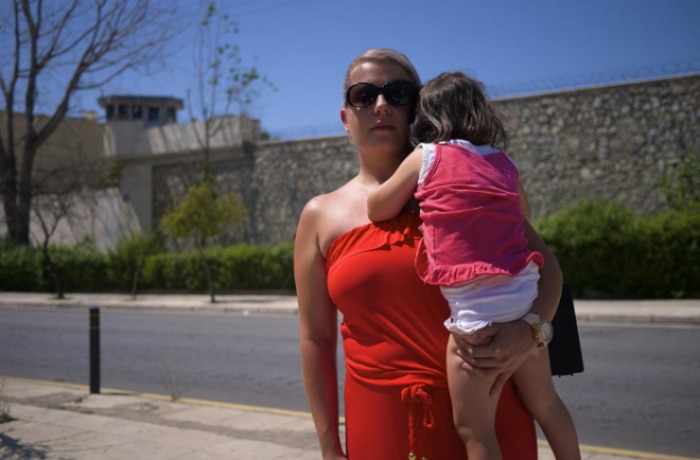 On November 26, the Ukrainian activist and political prisoner Oleksandr Kolchenko will have his 29th birthday. On that day, the Solidarity Committee initiative, together with the Crimean House and Docudays UA, invite you to watch the Golden Dawn Girls documentary by Havard Bustnes.

On May 16, 2014, Oleksandr Kolchenko (like the director Oleg Sentsov six days before that) was arrested by the Russian Security Service in the occupied Crimea. In summer 2015, a Russian court sentenced Kolchenko to 10 and Sentsov to 20 years in a maximum security prison on an absurd charge of “preparing terrorist attacks.” As of today, 70 Ukrainian political prisoners are held captive in Russia and the annexed Crimea.

“Sashko is not just an activist and an opponent of the Crimean occupation by Russia. He’s an anarchist and anti-fascist in his beliefs, he’s a person who strived to oppose xenophobia, intolerance and hate in all his activism,” comments Maksym Butkevych, a human rights advocate and one of the organizers of the solidarity activities. “That is why we decided to organize a screening of a film which will be interesting for Sashko and which he will watch when he returns to his homeland. Golden Dawn Girls is a documentary that can be called a contemporary anti-fascist film. It is about the threat of hate, intolerance and neo-nazism, and also about hypocrisy and violence.”

The film premiered in Ukraine at the Docudays UA festival in March 2018, as a part of the NEO-INEQUALITY program, one of the six special festival selections dedicated to the main topic of EQUAL EQUALITIES. The film is about the Greek neo-Nazi political party Golden Dawn. While members of this party are in prison, charged with leading a crime organization, their daughters, wives and mothers are getting ready to take over the leadership and preserve Golden Dawn’s position as the fifth largest party in Greece in the upcoming election. During the election and the court hearings, the Norwegian film crew, led by the director, suddenly gains access to the secret chambers and the family life of the members of one of the most infamous nationalist parties in Europe, revealing the worldview, the values, and the personalities of the people at the forefront of contemporary nationalism.

After the screening, there will also be a discussion about the situation of Oleksandr Kolchenko and other Ukrainian political prisoners in Russian prisons. The invited guests will include Oleksandr’s mother Larysa Kolchenko, some activists of the Solidarity Committee, and Oleg Sentsov’s cousin Natalia Kaplan.

The screening is a part of the Travelling Docudays UA Festival.