Essay-film as a break, as pure stubbornness 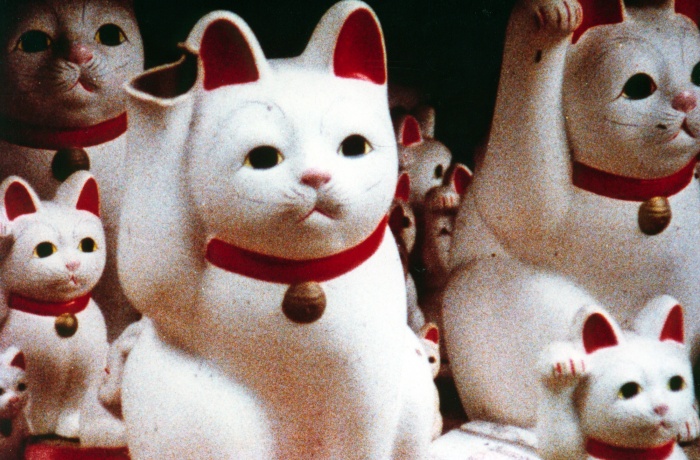 The programme No Image Available presents films by such iconic figures as Jean-Luc Godard, Agnès Varda, Chantal Akerman, Jonas Mekas, Thomas Heise, and directors such as Elfi Mikesch, Peter Thompson, Lucia Margarita Bauer, whose persuasive ‘voices’ have minor resonance so far. The curator of the programme Tatjana Kononenko reflects on nature of essay as a genre in cinema.

What is our picture of the world? No Image Available is an attempt to question the internal system of images thus re-describing it. Essay-film inevitably revolves around issues of history, and therefore around the transforming time into the form of text, image, sound, around what we call human life. As if it is trying to rise, like Phoenix over the world, to gain perspective, but this seems possible only if it puts itself at risk of death, metamorphosis.

The word essay in French (essai) means an experience or an attempt. The pioneer of this genre in literature (where the essay-film originates from) was Montaigne and his opus Essays. Montaigne's Essays is a collection of self-confessions, arising mainly from self-observations, along with reflections on the nature of the human spirit in general.

An essay-film is an excess, a deviation, a break, an ellipse, a turn. In short, it is a way of thinking. But since this is a film, a thought transforms into emotion and returns to thought. By doing so, an essay plays with a wide range of genres – documentation, writing, history, diary, not confining its focus to one of them. In terms of form and content, this is pure stubbornness that does not take sounds and images for granted.

Among the cinephiles, essay-film is considered to be an original form of cinema that can be traced back to early American silent films, such as David Griffith's A Corner in Wheat (1909). But in a few years, Griffith will complain that cinematography has departed from its essence – observation of the wind movement in tree branches – and has entered the stage of performance. In another 20 years, a programmatic essay-film, Man with a Movie Camera by Dziga Vertov will be created.

An essay as a ‘genre’ in cinema was first described by Alexandre Astruc in his text The birth of a new Avant-garde: la Camera-Stylo (1948): "After having been successively a fairground attraction, an amusement analogous to boulevard theatre, or a means of preserving the images of an era, it is gradually becoming a language (langage). By language, I mean a form in which and by which an artist can express his thoughts, however abstract they may be, or translate his obsessions exactly as he does in the contemporary essay or novel. That is why I would like to call this new age of cinema the age of camera-stylo (camera-pen).”

No wonder, the dawn of essay-film dates to the second half of the 20th century, when there was a need for rethinking history and its images, the need for grasping the biggest catastrophe of the last century – the Shoah, and to inscribe the destruction of an entire civilization.

Thus, Essayism is not just a special passion for voice-over or editing, it is primarily dissatisfaction, discontent with the duties of the image or the duties of the sound. Its dissatisfaction with what we expect especially from the documentary film. An essay-film could achieve a larger goal than to exist as a trendy method; it could serve as a platform for launching the vital exploration of knowledge, art, and culture in the 21st century, including the question of what role cinema itself can play in this important project: identify dissatisfaction with its place in the World.