The Humane on Both Sides of the Screen 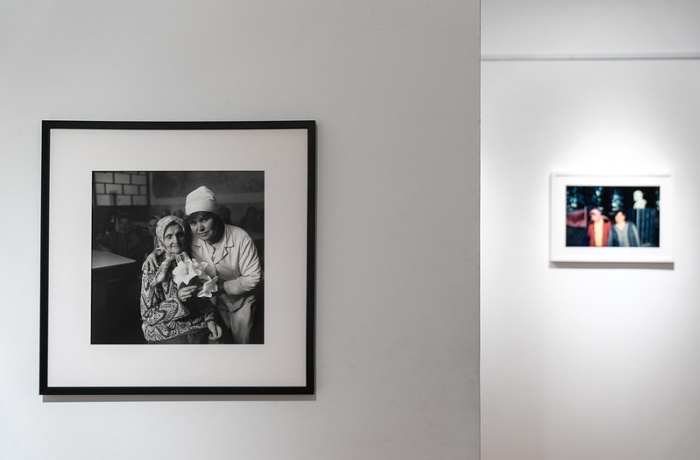 3D exhibition Welcome, No Entryby Oleksandr Chekmeniov is ongoing until April 4 as part of the DOCU/SYNTHESIS interdisciplinary programme available at docuspace.org. The online expo is supplemented with an audio guide with the artist’s comments on all the featured works, which makes the exhibition accessible for people with visual impairments. Cultural expert Hanna Tsyba tells about the exhibition, Oleksandr Chekmeniov’s practice, and importance of empathy in the times of pandemic.

The 18th Docudays UA has marked the anniversary of quarantine measures caused by the spread of COVID-19 in Ukraine. Throughout the year, the waves of so-called ‘lockdowns’ have been determining our reality within the confines of various screens: cultural and educational events take place online, and leisure and communication are limited to a PC, smartphone, or television, which still remains the main medium for many Ukrainians. English term lockdown is derived from official penitentiary terminology, meaning an emergency security practice in which prison inmates are locked in their cells and deprived of the possibility to leave them. Today more than ever, most people in the world feel ‘imprisoned’, be it within their own domicile or within their country, since the boundaries between national states have become tangible again: we can no longer travel with usual ease, and foreigners can be seen mostly on Zoom screens or in movies.

Did the experience we’ve gained during the past year make us more empathetic? Are we now able to understand other people’s experience of confinement more profoundly? Oleksandr Chekmeniov’s exhibition Welcome, No Entry gives a chance to reflect on this. It features two photo series that were captured on film in 1999: colored documentary report “Mental Hospital” and black-and-white series of posed portraits “The Lilies”. The characters of both series are patients and personnel of a closed psychiatric hospital with restricted access.

“The interdisciplinary program DOCU/SYNTHESIS was designed to expand the field of expression beyond cinema by entering photography – the realm of still images. We turned to Oleksandr Chekmeniov's series captured in a mental hospital because of this year's festival theme, ‘Full Recovery’. After all, photography, mental health, and exclusion are linked by strong historical and semantic connections. Personally, it is extremely important for me that Chekmeniov has a clear and consistent professional focus. Instead of working with people who are excluded from society while staying on the other side of the camera, he is completely immersed in interaction with them,” comments Oleksandra Nabiyeva, curator of the exhibition and DOCU/SYNTHESIS programme.

By pointing out the links between psychiatric hospitals, prisons, and other restricted access facilities that follow the logic of exclusion from society, the curator's intention refers to the concept of power by French philosopher Michel Foucault, for whom classic disciplinary institutions, including prisons, hospitals, mental wards, and schools represent the centers of power relations, since they control human bodies. According to Foucault, the agents of power are, among others, school teachers and doctors who reproduce disciplinary practices[1].

Oleksandr Chekmeniov has shared his memories about creation of the mental hospital photo series during his artist talk Lifespan of the Subject in Frame. Together with other photographers, who were accompanying a foreign journalist and making reports for Western news agencies, Chekmeniov came to the mental ward of the hospital in Ovruch. The artist notes that he was really impressed by the staff’s humane attitude towards patients and by the fact that there were no bars on the windows of the one-storey building.

In an effort to capture each patient individually and reveal their human identities, Chekmeniov also shot a series of black-and-white portraits in addition to the report in color. A bouquet of artificial flowers, which the artist found in the hospital, gave him a key to the series of portraits: holding the flowers, heroes and heroines tried to reenact iconographic images of saints with a twig of lilies, while the photographer was capturing their smiles to show human expressions of their faces.

The humane attitude of doctors and nurses towards patients, mentioned by Chekmeniov, is also noticeable in his series Ambulance from 1994–1995. As a young photo journalist, Chekmeniov joined the resuscitation team in his home town of Luhansk, capturing everything he saw for half a year2: frightening and funny scenes; people disfigured by bloody wounds, bruises, alcoholic delirium, or death; and sympathetic facial expressions of the ambulance doctors who came face to face with these scenes. On some photos, the doctors are overtly laughing, yet they help the injured without fail. Chekmeniov’s camera captures ugly and tragic situations caused by human negligence as well as the doctors’ reactions on these situations that appear as manifestations of the humane.

The method of the artist, whose practice has been focused on creation of an analogue photo archive, a kind of visual chronicle of the life of Ukrainian society since the beginning of the 1990s, can be defined as “seeing humanity in everything.” His photo series feature not only marginalized groups of homeless people, inmates, and people with mental health disorders, but also ordinary Ukrainians from Donbas, Kyiv, or other places, young and old, drunk and sober alike. Chekmeniov refers to his heroes and heroines as ‘unofficial,’ ‘invisible,’ ‘superfluous’ people, and considers his own practice as preservation of the image of ‘unofficial Ukraine,’ documenting its ‘real life.3

Chekmeniov declares his striving for ‘humane photography,’ the essence of which he sees in treating the heroes of his posed series with care that is worthy of a human being.4 The approach of Borys Mykhailov, who’s been photographing homeless people for his world-famous project Case History, seemingly contradicts this principle. The heroes of Mykhailov’s series often pose naked, demonstrating the ulcers on their bodies from weird angles. In order to take these posed shots, Mykhailov used to pay his heroes or offer them an opportunity to wash in his bath – in other words, it was a mutually beneficial agreement. On the contrary, Chekmeniov observes and partakes in the lives of his heroes for years5, helping them financially and printing the portraits to send them to the Ovruch hospital as a souvenir for every one of the models. In spite of their different attitudes, both photographers are open to individual interactions with their heroes and heroines ‘behind the scenes.’ Perhaps this is the reason why both Chekmeniov and Mykhailov’s photos feature people who are full of self-esteem and gratitude for the recognition of their subjectivity rather than marginalized characters whom we prefer not to notice; their looks are sincere, open, friendly, and sometimes even smiling. 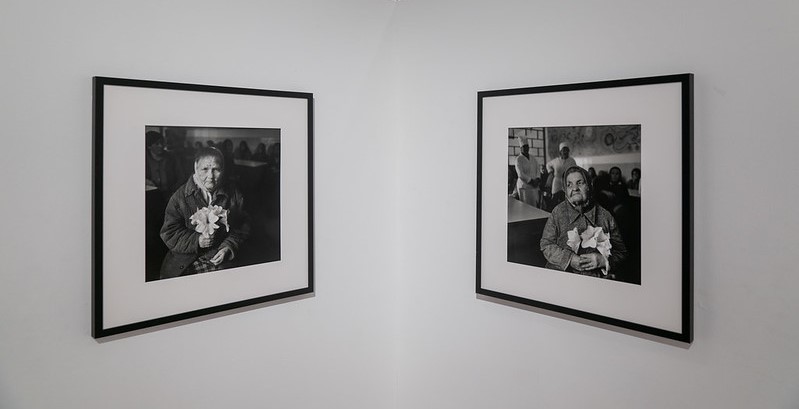 Oleksandr Chekmeniov admits6 that, unfortunately, Ovruch Psychiatric Hospital knew better times in the end of the nineties, despite all the poverty. Presently, the right of a sick, incapacitated, or financially disadvantaged person to receive adequate and decent medical care at the expense of the state has become less obvious: medical system is collapsing due to many years of underfinancing, mental hospitals and dispensaries are being closed, and the number of hospital wards and personnel is decreasing throughout the country. During the pandemic, both the crisis of the public health system and the vulnerability of the marginalized groups have deepened. As a result of job losses and commute restrictions, the number of people who ended up on the streets without sources of livelihood has surged. American philosopher Judith Butler notes that vulnerability of people who are unable to receive medical care directly correlates with a higher probability of death, which is a consequence of pervasive social inequality.

Within the context of the main topic of this year’s festival, which focuses on human right to health and analysis of the situation caused by the COVID-19 pandemic, exhibition Welcome, No Entry prompts reflections on inequality. It makes the viewers cling to Chekmeniov’s heroes, because, having met the gaze of a portrayed person on our screen, we can see a mirror image. However, this impression is merely an illusion that makes us realize our privilege over people whose rights to movement, work, healthcare access, and other civil liberties have long been restricted. In an environment where the possibility of vulnerable groups to regain their rights is also limited, the response to this pressing challenge to humanity is the practice of solidarity and manifestation of empathy and concern.

1. Michel Foucault. Discipline and Punish: The Birth of the Prison (1975).