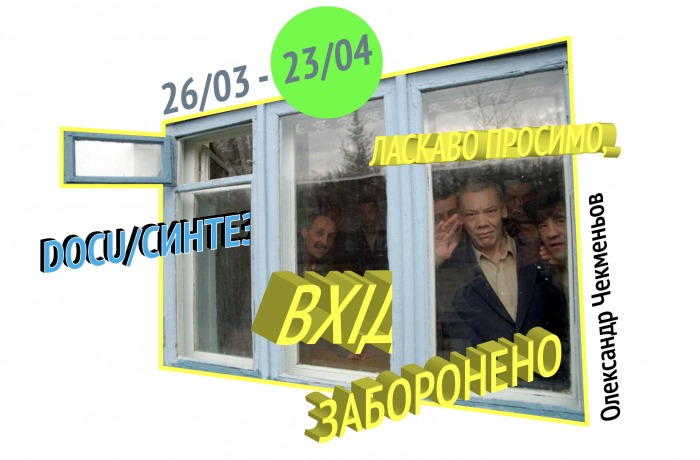 In the late 1990s, photographer Oleksandr Chekmeniov and other reporters came for a photoshoot to a closed mental hospital in the town of Ovruch. Chekmeniov works with film, and structures the shots into two series: a report series in colour and a series of staged portraits in black and white.

The emergence of psychiatry as a separate area of science and medicine was determined by many historical and cultural factors. This genesis also highlights the connections between the mental hospital as an institution and prison facilities and the logic of exclusion from society. The historical and cultural determinants problematise the boundaries between pathology and norm, revealing their shifting nature.

‘Insanity’ and mental illnesses are categories that are semantically and historically related to art practices based on the aesthetic, the sensual, the irrational. Of course, the concept of art itself has undergone many changes throughout the 20th and 21st centuries: the technical reproducibility of artwork, undermining the exclusive status of the artist and the institutions. However, despite all the tectonic shifts, the figure of ‘the artist’ is still affected by the modernist concept — partially because it developed most of its present-day features in that period. In addition, it’s not so easy to get rid of the mindset that the practice of art is based on a special perspective on familiar things, some kind of sensitive perception receptors. And the role of an artist presupposes a modus vivendi which is, so to speak, an alternative to the ‘regular’ way of life: the constant immersion in mental processes and exploration of their boundaries.

The two parts of the project, the report and the staged shots, create a dramatic tension which forms around the category of the ‘gaze’. The usual mechanisms of perception are set to read meanings quickly. The gaze of people in the frame becomes the basis for interpreting expressions, the length of the shot, the accidental or forced nature of the event. However, mental illness seems to ‘other’ the mental processes and their external features, making us constantly vigilant in search of meaning.

Of course, the distinction between staged and non-staged photos is extremely conditional, given everything that we know about the problem of documentality associated with the photographic means of expression. Nevertheless, the distinction allows us to draw the line of the tension of meaning.

The colour, reportage part of the project reveals the social life and interactions at the location: that is, the elements that, to some extent, make the mental hospital similar to any other social institution. The black-and-white, staged part breaks into the structure of the series with the opposite meaning. The centralised composition, the same rules for posing and the repetitive motif of the plastic lily in the subjects’ hands are read as a hint at the forced nature and the way of life in a closed facility.