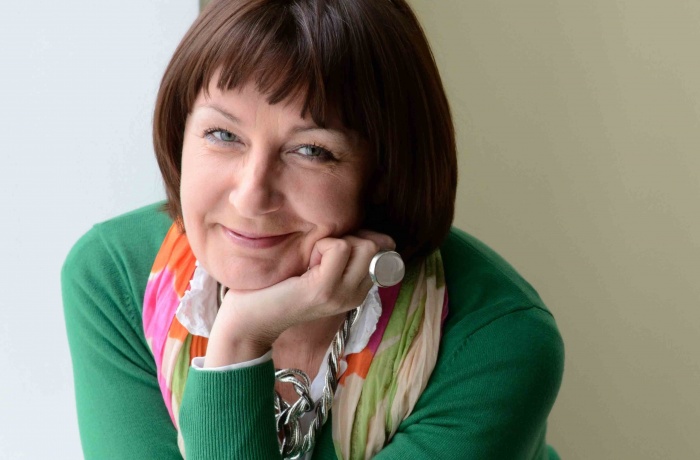 Ukraine started talking about the Estonian filmmaker Marianna Kaat after last year’s scandal at the Docudays UA festival: her film Pit No 8 about child labor at an illegal Donbas pits was excluded from the competition program DOCU/RIGHT at the request of Olena Fetisova, the Ukrainian film producer of the film, allegedly because the story was staged. This year, Marianna Kaat is taking part in our festival as a jury member, and will hold a workshop on fundraising for Eastern European documentary makers.

Marianna, you not only direct films, but also produce them, correct? What are you working on now?

This year, I am starting production on a new documentary about Estonian dissidents of the 1970 and 80s. By the way, one of the characters, unfortunately already deceased, is a Ukrainian dissident, Artem Yushkevych, who lived in Tallinn at that time.

Please tell us about fundraising mechanisms for films in Europe, including co-productions.

Two options are available here. The first one is to get help from the big European fund ‘Media’, where you can submit applications for development and production. But they have very strict requirements: for example, your project has to have potential for distribution in Europe, and this has to be confirmed by letters from potential distributors, such as TV channels. Besides, you have to have support from your own country which will sponsor part of the project. Even if the fund approves your application, it will still only cover part of your budget.

Participation in competition for a ‘Media’ grant is not only open to European Union countries, but the applicant country must be a participant in the International Media Program. When a country becomes a member of this program, it pays an annual fee: only then can production companies from this country compete for financing. On one hand, this is a rather bureaucratic system that doesn’t allow much flexibility – you receive an answer six months after submitting the application. In the case of documentary films, which usually cannot wait, this is not very suitable. However, if you succeed, financial support from the fund is really essential.

The other way is co-production. You find a producer who is interested in your project in another country (or he finds you), then he finds money for your film. After the film is released, the rights to it are distributed according to investment distribution.

You’ve had co-production experience with Ukraine (while working on the film Pit No 8); what problems did you face?

The thing is that you differ from Europe, as officially you have only one source of state financing – Derzhkino (the State Film Agency) at the Ministry of Culture. If a producer fails to agree with the officials, he has nowhere else to go to. In addition to that, if the system is not transparent, so things become very complicated.

In Estonia, for example, we have three sources which finance films at government expense: the former Film Fund, which this year became an In- stitute; the Ministry of Culture, which allocates money for co-productions or children’s films; and the independent Culture Capital fund. None of them demand the rights to your product, while your Derzhkino, as far as I know, becomes the owner of any film it gives money to. This situation is absolutely unacceptable in Europe. Because if the Ministry of Culture owns the rights to a film, it has absolute control over it, and I as the producer have no right even to sign a co-production agreement, in which the rights are given to Derzhkino. For me, this automatically closes the door to other funds. I think it is this factor that prevents your entering Eurimages – another European fund where your filmmakers could get money for their films.

You were talking about distribution – in principle, what are the distribution channels for documentary films? It is rare that such films reach the big screen.

I would say that documentary filmmaking is now on the rise: different Internet platforms are developing fast, and the number of documentary film showings in cinemas is also rising rapidly. But if you are making a documentary for film theaters, you need to realize that the requirements are very different, as your film will have to compete with feature films.

In Estonia cinemas also show documentaries. Pit No 8 was shown there. Every month documentaries are shown at our Arts Museum – viewers know about it and they are interested. Besides, our television has developed under the influence of Finnish television, where there is traditionally great respect for documentary films.

One more channel for distribution is film festivals, which also have their own audiences and keep involving new people. Your film festival has also probably increased its audience in 10 years. Another thing is that for such a big country as yours, one film festival is not enough.

In your opinion, what has led to the current rise in popularity for documentary films?

For a long period of time people have lived within the boundaries of their cities, or even countries, and could not perceive the world as a whole. Today, in the era of Internet and blurring boundaries, people feel that they are involved not only in local issues, but they also see the world in a more holistic way, and so they want to know more about it. Documentaries give them this opportunity.

Are you talking about a kind of the Age of Enlightenment reloaded?

Absolutely. These are the new stages of human history. People’s interest will keep growing, as nowadays young people know far more about the world than we did at their age. People start understanding the world better. And documentaries help bring that about: it is their ultimate task – to show people places they haven’t visited, but want to find out about.