March 24: what is worth watching 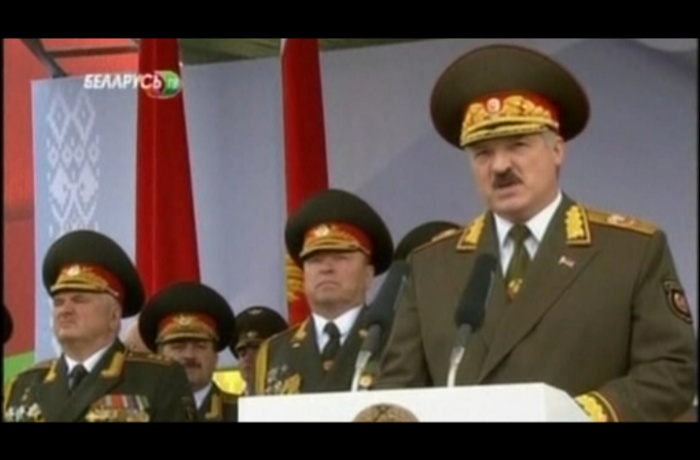 Except for the competition screenings, the detailed information of which you can find on our web-site, Docudays UA offers numerous out-of-competition events. The online guide will help you to manage the extensive festival program.

Ukrainian premiere of the youth documentary almanac BEYOND THE EUROS.

The Ukrainian directors present their newest films, look behind the scenes of the Euro 2012 champoinship. What happened in Ukraine beside soccer?

The world premiere of the new film by a Ukrainian director Roman Bondarchuk. The stories of Roma people who are trying to overcome the discriminatory stereotypical treatment of their people, while still aiming to preserve their cultural identity. What is Roma dream? What do we daydream about? Q&A session after the screening.

The Tunisian filmmaker shows her country through the prism of Aida’s suffering. This homeless woman, without much education, and in the same way as thousands of other Tunisians, suffers from injustice and disregard of the law.

Minsk. December 19, 2010. After the Belarus government blatantly hijacked the results of the presidential election, tens of thousands of Belarusians came out on the streets in a peaceful protest… Curator of the program is Nataliya Gumenyuk, independent journalist specializing in foreign affairs. Q&A session with the director after the screening.

Macedonians would do anything for the EU passport. They would even buy a wife. But it is not an easy task to find an Austrian woman who would agree to marry under such conditions. A funny and honest film tells a story of two friends who try to scheme their way to the EU.

DOCU/ART. This Is Not a Film. Directors: Jafar Panahi, Mojtaba Mirtahmasb

Acclaimed director Jafar Panahi is sentenced to six years in prison and banned from film-making for 20 years. But censorship only inspired this Iranian artist. Screened at the 2011 Cannes IFF

Attention! Changes in the festival schedule. Instead of the Lyubov Arkus workshop Vitaliy Manskiy will hold a lecture.

His works were presented at more than 400 international film festivals, including festivals at Cannes, San-Sebastian, Rotterdam, Berlin, Amsterdam, Moscow, Oberhausen, San-Francisco, Lokarno, Munich, Toronto, Montreal, Turin, Krakov, Rio de Janeiro, Yamagata, and Lisbon.  Vitaly Manskiy will devote his workshop to the topic “Documentary in Russia: Myth or Reality?” and will tell about his Artdocfest.

A Polish producer, scriptwriter and director, Associate Professor at the University of Warsaw. Worked as an expert at the Polish Film Institute until 2011. He’s prepared this lecture especially for the Kyiv audience. Kopczyński plans to talk about financing and producing films in Europe using his own works as an example, including Dybbuk, a new film project about the painful relationships between different ethnic groups in Ukraine, namely Hasidic and Orthodox Jews and Catholic Ukrainians.