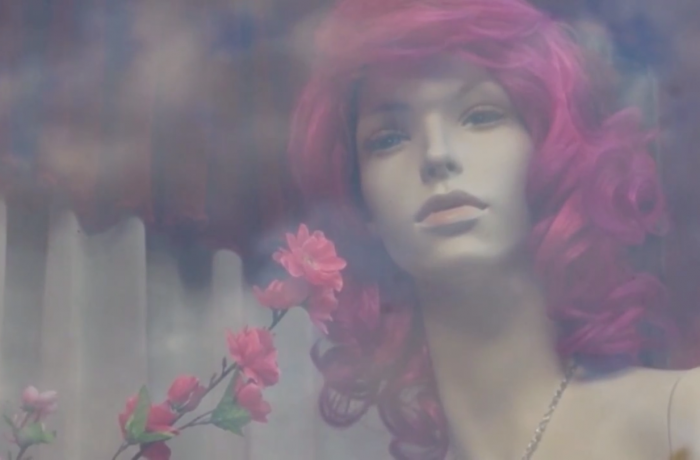 We have been waiting for this year’s works for the Ukrainian competition of the festival even more impatiently. Because the reality reflected in them tells what we are feeling about our country nowadays. This year’s DOCU/UKRAINE includes "the devil’s dozen" 13 movies by young filmmakers who are viewing the thorns, people, and roads of Ukrainian reality through their own optics.

What has changed during the year? What are Ukrainian documentary filmmakers dealing with? Finally, why do they choose these specific characters and “realities”? Darya Bassel, Yuliya Kovalenko, and Maryna Stepanska are sharing their thoughts.

“What interests me the most in cinema (as well as in everything else) is the way reality is reflected in it. Or, rather, our image of reality, to be more precise. In this sense, the movie collections that share a common feature are very interesting.

The national competition includes 13 movies that were created in Ukraine in 2016 – 2017 by young filmmakers. Six of the movies are related to decommunisation issue; five are following the attempts of our compatriots (ordinary people) to go through the thorns of devastation, poverty and total indifference to something bright (whether in personal life or in the lives of others); and the other four movies are telling us about the personal experiences of their characters with the language of intimate diary entries, Skype conversations, and traditional observation on the character, which creates portraits of people that are not, from the first sight, related to any social or political problems. 6 + 5 + 4 gives us more than 13: the movie themes are intersecting. While concentrating on something particular, the filmmakers eventually pick up and carry on much heavier cargo than they were planning initially. What image of contemporary society and current moment rises from this collection?

What questions and thoughts arise after watching these 13 films? I am looking forward to the screenings and discussions after them. We at Docudays UA devote special attention to discussions after screenings, and in case with the national competition they are probably the most important reason why we started all this”.

"During the recent few years, what is feeling more and more intense in Ukrainian cinema is search. The names of new directors appear at the festivals, and many of them came to cinema from other spheres. But this evident reactivation seems to lack confidence. There is certain reluctance towards making experiments, speaking on urgent issues, being outspoken. These hesitation and fear are caused by understandable reasons – lack of experiences of critical thinking and dialogue in our society. Events around the screening of “People Who Came to Power” by Oleksiy Radynski and Tomasz Raff in Mykolaiv last autumn are a direct illustration of this.

The programs of both last year’s and this year’s DOCU/UKRAINE show that many filmmakers are looking for topics of expression, trying different forms, but at the same time they remain in the safe zone, articulating common sense social axioms, resorting to neat formal methods, rather than experimenting and provoking viewer’s reactions. All of this results in the tendency towards journalism mimicry of documentary cinema, which becomes more and more prominent. Besides, due to such hesitance, the possibility of copycatting also grows. Under such conditions, every case of director’s freedom in working with forms, courage to ask questions rather than state truths, is a small victory. That is why this unconfident search of contemporary Ukrainian documentalists may as well be a way to gain experience, which is necessary for construction of dialogue between the viewer and the author, dialogue with the other, dialogue about the other".

“Documentary cinema does not keep the monopoly on reality anymore: an ordinary stream from smartphone beats any documentary, which has only one aim – fixation of an event, or “the life of a hero”. Documentary cinema has to go beyond the act of capturing, it has to acquire an opinion and to manipulate, which is actually a characteristic feature of every act of (re)making.

The most interesting thing is that, the filmmakers who win on this field of reflection of reality are precisely the ones who do not hide the “manipulations” and the voice of the author, no matter how it is expressed: in the way the material is edited, or even in the refusal to give voice to the “material”, that is, to the surrounding reality captured with camera. The reality in form of captured realness somehow does not connect me to the screen; it does not become my experience of learning. On the other hand, when the reality is filtered through the author’s feelings and is transmitted intermediately, it immediately becomes a part of my own life experience.

One of the trends in contemporary art includes transmission of sensual experience as opposed to “objective”, “factual” truth – “post-truth” versus the factual truth.

A character of one of this year’s DOCU/UKRAINE program movies said that “matter is the objective reality which is given us in sensation”. It seems that this year’s Ukrainian documentary cinema competition is a good opportunity to answer the crucial question: “What is the contemporary relation between the reality and the documentary cinema?”.

"The Fall of Lenin" by Svitlana Shymko

"The Diary" by Olexandra Chuprina

"See You Later" by Yulia Kochetova-Nabozhniak

"Coffee vs. Barbecues" by Dmytro Burko

"Alive and Undefeated" by Darya Hirna,