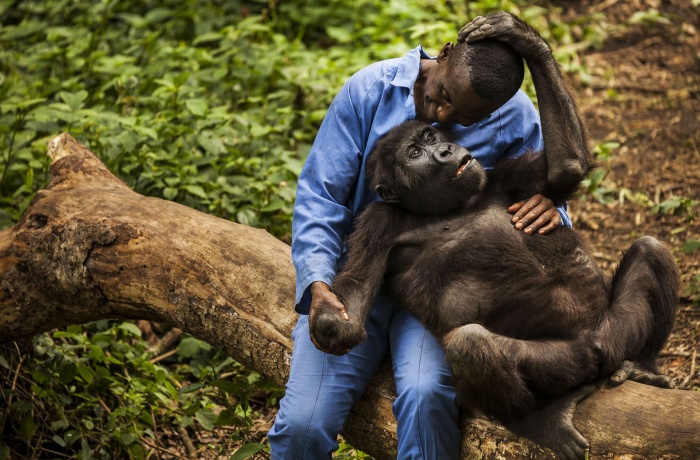 GOGOLFEST is opening in Kyiv this Thursday, on September 7th. As usual, Docudays UA is presenting its documentary screenings at this Contemporary Art Festival. The screenings include unbelievable story about the activists from Virunga Park and the most skeptical film about the culture of consumption.

“The theme of the latest Docudays UA - environmental protection — surprisingly overlaps with the theme of this year's GOGOLFEST," commented the festival’s program coordinator Darya Bassel. “In March, Docudays UA realized the consequences of human activities for the planet in the nearest future and said "Farewell, Human!”. And this September, GOGOLFEST gathers everyone on the "Ark". How can we survive and what can become our salvation? We suggest to look for the answer in the environmental field. Of course, the issue is not limited to the environment in its usual sense. It also includes ecology of existence, ecology of consumption, ecology of social relations, encology of our day-to-day decisions and choices. Ecology is synonymous to the conscious attitude towards life. This is why we have prepared the screenings of the two films that, in our view, should be taken to the Ark if we want to have an ecological future."

On September 8th, we present to our viewers “Virunga” by Orlando von Einsiedel, which was nominated for an Oscar in 2015. This is an incredible story about the Virunga National Park, which hosts the last mountain gorillas remaining on our planet and many other animal species. For the desperate activists, Virunga turns into a battleground against poachers, armed militias and dark forces from the West, all of which are struggling for the control on the country’s rich mineral resources.

The characters of the "Bugs" movie by Andreas Jonsen (screening on September 12th) offer the viewers to switch to a new diet, whose menu exclusively consists of the insects. While we are still considering the almond milk a wonder and pondering on the decision of giving up on meat, European researchers argue that eating insects is not only tasty and healthy, but also can save us from global hunger. The insects are not exactly the main issue, the authors emphasize, inviting us to pay more attention to the activities of large corporations.

The GOGOLFEST will also feature "Ukrainian Sheriffs" by Roman Bondarchuk. Prior to the movie screening on September 10th at 5:00 pm, the director’s master class will take place. In 2016, "Ukrainian Sheriffs" represented the country at the Oscar competition. The film plot is centered on the southern village of Stara Zburyivka, where the police almost never trod. Therefore, the task of public security protection is performed by two local residents, whom other locals call “the sheriffs”.

Like the last year, the Docudays UA Festival will choose its winner in the non-fiction film section of the CUC National Contest. For three years now, the young filmmakers union CUC (Contemporary Ukrainian Cinema) organizes the GOGOLFEST competition for short films. In 2015, Yuriy Shylov received the award in the Docudays UA nomination for his film "Panorama".

GOGOLFEST will be taking place from 7th until 17th of September at the premises of the Expocenter of Ukraine, Dovzhenko Center, and the "Dakh" Center for Contemporary Art. The festival traditionally comprises theater, cinema, academic music, visual art, sculpture, performances, alternative music, dance, literature, as well as fashion, children's program and educational platform. Please see the site for the detailed schedule and conditions for admission.