Who creates our bodies? The QUEEREALITY Program 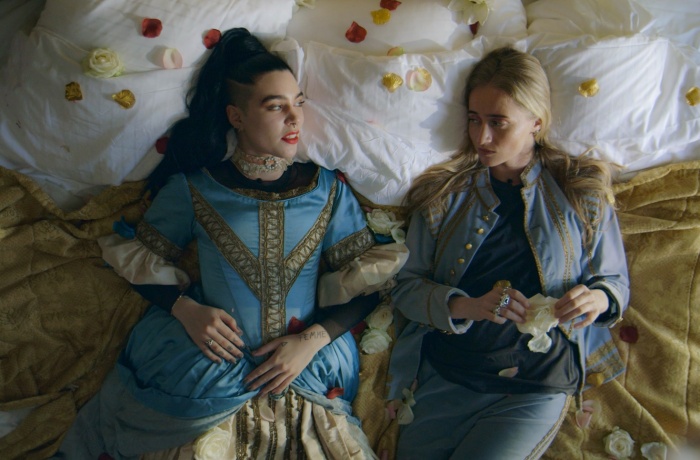 QUEEREALITY is one of the six Docudays UA special programs. This year, to undermine numerous stereotypes that exist in our society, we want to look at the most widespread inequalities from different viewpoints. What determines us, our desires, thoughts and feelings, our relationship with the surroundings and the world, and, ultimately, our future? We will have a chance to ask ourselves and the others all of these questions while watching and discussing tis program. Oleksandra Nazarova, the program moderator and LGBT activist, tells about the special screenings of the festival.

Ever since we come into this world, society puts us into certain frames: the doctors define our sex, and then – the shops offer clothes and toys of particular types (pink doll houses for the girls and Lego for the boys), the school teachers expect particular behavior (stating that “boys have better orientation in space”, and “girls are more tidier”), and, subsequently, the state decides whom we can get married with. Ignoring the influence of this separation is a privilege of the majority. The experience of being Others and the feeling of interconnection between the personal and the political are everyday reality of the minorities. How about the people who do not fit into this system or do not want the choice to be made for them? This is the theme of the QUEEREALITY special program at Docudays UA-2018.

This year, we will have a chance to look at the world with the eyes of those whose life includes not only household chores, work, and communication with their loved ones, but also constant struggle for the right to be themselves.

Queer is often defined as a term used for any model of behaviour and identity that differ from the traditional ones. What does it mean for us, though?

In “My Body is Political” by Alice Riff, we meet four transgender people – Fernando, Lynn, Jou, and Paola, who live in the poor suburbs of San Paolo. How to get to a doctor if your documents do not correspond to your body, what the survival stories of the transgender and black-skinned women have in common, and what should one do while growing up in a strictly regulated religious community, which rejects the LGBT?

Silvana is a well-known rapper residing in Sweden, who writes songs about resistance to eo-Nazism and partiarchy. She is a feminist, lesbian, and an anti-racist of Lithuanian-Syrian origin. In Sweden, Silvana receives prestigious music awards and is referred to as the icon of feminism; however, while attending her relatives in Lithuania, she somehow prefers to keep most of her life details secret. In their full-length debut, Swedish directors Mika Gustaffson, Olivia Kastebring, and Christina Tsiobanelis explore the destruction of norms and stereotypes while telling a universal love story, which will not leave anyone indifferent.

Cleopatra was forced to flee from Uganda with her partner William after publication of an article dedicated to her on the front page of a local tabloid. Cleopatra was described as gay instead of transgender – either way, staying in a country, which passes a bill on death penalty for homosexuals is deadly. The travels to Thailand and to Kenya become parts of her travel towards herself, followed by the director of “The Pearl of Africa” Jonny von Wallström.

At the discussions after these screenings, we will have a chance to talk about each of these films and to decide whether their plots are really remote from Ukraine and from our lives.