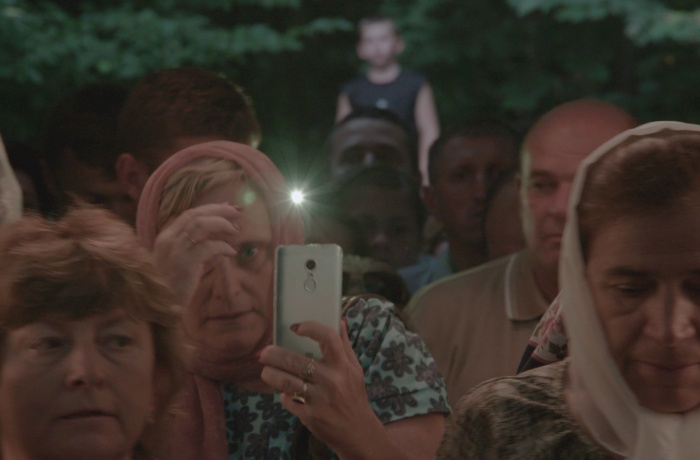 This year marks the first iteration of the Ukrainian Doc Preview, a presentation of Ukrainian documentaries in post-production at our film industry platform, DOCU/PRO. The goal: to help Ukrainian filmmakers find their way into the international market.

Seven projects have been selected to feature at the Ukrainian Doc Preview. The event’s format is peculiar, as the teams will not demonstrate trailers. Instead, they will be presenting 15-minute fragments from their rough cuts. Apart from that, the directors and producers will have the chance to continue their conversations with the invited experts in the course of individual meetings.

Following the presentations and the private meetings, the Head of Industry at the Beldocs International Documentary Film Festival will award a special prize to the best Ukrainian Doc Preview project. The winners will receive an invitation to participate in the Beldocs in Progress International platform, where they will have the chance to present their project to a yet wider international audience. The organizers of the Beldocs festival will cover accreditation, accommodation and meals for the winning team.

Cinéma vérité, following 7 actresses from the freak cabaret Dakh Daughters Band on their path to rapidly growing fame against the background of the revolution and an undeclared war against Ukraine. ROSES is a coming of age story - both for the young female artists, and for their re-born country.

After returning from war three young Ukrainian war veterans try to find their place in the civilian life.

Valentin is a projectionist, who for 44 years worked in one of the oldest movie theaters in Kyiv. One day, on Valentin’s 60th birthday, a fire happens at the movie theater, and he’s forced to retire. The man struggles to find a new meaning to his life in a rapidly changing country.

Story of one big kurdish family from Syria, spread by the world because of war, shown through the perspective of its young son. Living in Ukraine, Iraq and Germany, they try to find their place and save the contact between each other, fighting this huge black and white war machine in each own way.

This story is about Nina, who lost her husband in the war between the Soviet Union and Afghanistan, and her elder son because of Russia’s invasion of Ukraine. Will she ever find peace?

Throughout the journey of pilgrims in Western Ukraine the film expose contradictions between secular and sacred.

The documentary film is about challenging becoming an adult of a Rom named Roma from age 13 to matureness.

The presentation is scheduled for March 24th, 10:00 to 14:30, at the “Zhovten” cinema, “Anshlag” hall. Admission is free to all accredited festival participants, holders of an Industry or Media Pass. Industry Pass holders are also free to sign up for individual consultations with the Ukrainian Doc Preview experts as part of MEET PROFESSIONALS. Learn more about the event here.