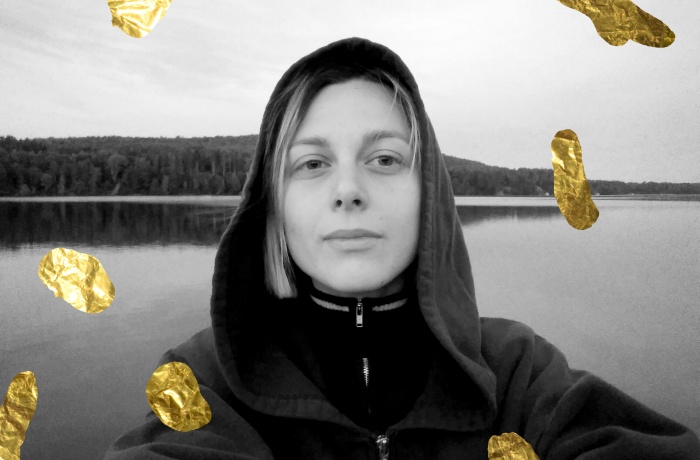 We have asked Oksana Karpovych to tell us more about her film Don’t Worry, the Doors Will Open that takes part in the DOCU/UKRAINE national competition this year.

In the 1990s, suburban electric trains were a significant component of reality and the main means of transportation for my parents, just like the majority of ordinary Ukrainian workers in the regions. These trains have left strong tactile and audial memories which started to come to the surface after I moved abroad. A suburban train attracts me with its wretchedness and beauty at once; it’s a space of many contradictions and a bundle of absurdity which fills our daily life in Ukraine. Strangely enough, when I was far from home, it became interesting and valuable for me to understand my post-Soviet identity and the identity of my country.

I started to work with suburban trains in 2016, back when I didn’t even understand that this idea may grow into a film. The same year, I unexpectedly (even to myself) found a producer. In 2017, I spent two months riding suburban trains, talking to people and collecting various materials. The main shooting took place in the summer of 2018, the editing and post-production took another year. 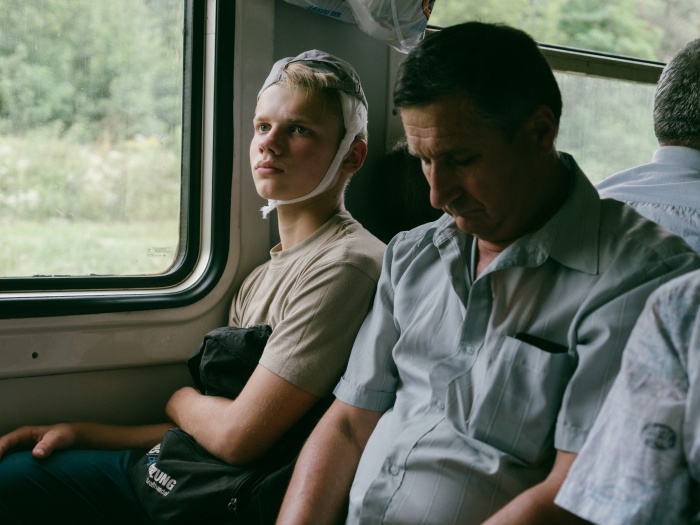 A still from Don’t Worry, the Door Will Open

It was quite fun. The same people who, at the beginning of the process, tried to send me and my camera to the remote and unpleasant Mordor, later laid out a makeshift table on the train benches to honor my arrival, with sandwiches and brandy. In all these four years, the most difficult thing was to just continue to believe that my work has a meaning.

Its non-judgemental, understanding view of the society and reality which is often unfair and harsh. Its love and respect for the human being who doesn’t lose their dignity and self-irony when all the possible conditions have been created to make them lose it. Its attentiveness and intimacy in the portrayal of it all.

Enjoy the process, because it can become unexpectedly long. Today, constant productivity is inevitably seen as the sign of success. But I recommend that you don’t be in a hurry: perseverance is a rare and valuable quality. Work with people for whom the project means something more than work, and who trust you. These people will support you when it seems that everything is hopeless.