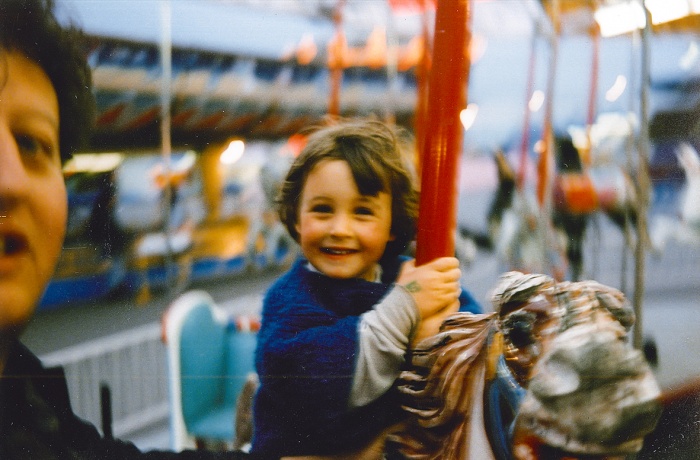 In a tumultuous time, among waves that are shaking the cultural coordinates of human coexistence, the issue of memory always comes to the surface. In all of its possible forms: from the honoring of heroic deeds and tragedies of the previous generation by the whole society, to local passing-down of memory within a single family. Today, in the age of post-truth, the invisible memory, too fragile in itself, seems to break up and exist in multiple mirror shards – some things disappear forever in website and social media archives or get wiped off the city landscape, other things are suddenly actualized, still other gain a completely different context. How do we deal with this, we who are charged with preserving the memory of the time of our parents, our ancestors? The film critic and festival programmer Yulia Kovalenko contemplates this in her overview of the DOCU/ART programme.

Art gives us a diversity of languages, sign systems to distinguish problematic fields in the flow of everyday life, to search for answers to them – often in our entirely personal experiences. The films of this year’s DOCU/ART programme, in one way or another, raise the question of passing memory down from parents to children, from the older generation to the younger. How do we escape oblivion, how do we build a new future based on the past, how do we avoid the hermetic trap of conservation of memory?

The protagonist of Our Time Machine is the Chinese artist Maleonn, the son of an accomplished art director of the traditional Peking Opera in Shanghai. When he realizes that his father has been diagnosed  with Alzheimer’s disease, which is ruthlessly destroying the man’s memory, Maleonn takes on his father’s job and decides to create a play featuring human-sized puppets. Although they depart from the traditions of the national Chinese theatre, these magic moving  figures on stage also care about heritage – and they invent whimsical machines intended to save us from oblivion. Of course, reality is much more complex and merciless than the world of puppets, where you can easily go back to the past or evoke memories. Nevertheless, the process of creating the play itself gradually becomes a way to escape oblivion for both protagonists – a way to preserve the family memory, which is rapidly falling apart, to preserve and inherit the father’s experience.

The film Wintopia shows the audience a story of similar careful preservation of memory and its comprehension, gaining one’s own new experience from the array of knowledge of the older generation. When her father died and she inherited a box full of his tapes filmed for an unfinished film project titled Utopia, Mira Burt-Wintonick decided to create a film out of them – a kind of study of her father’s worldview and reflections, a search for the ‘utopia’ Peter Wintonick was chasing. In the end, the filmmaker creates Wintopia – a film full of family archive footage, recordings of conversations and letters, scenes from Peter’s previous films, which becomes the daughter’s sensitive journey tracing the memories and experiences of her father. The Utopia conceived by Peter Wintonic will not be created, unfortunately, but her father’s unfinished project gives a start to the daughter’s new creation.

But does the aspiration to honor memory always become something that connects generations? Unlike the previous two films, Pure Art by Maksim Shved deals with the issue of heritage at a much wider level than a local family. The director films a city which cares about preserving a stable order of things, opposing changes brought by the young generation. Pure Art is set in Minsk. Respect for the memory of the heroic deeds of the previous generations during World War II, of the way the city looked decades ago, of the youth of those who are now sermonizing to the young, and of various other images of the past, causes very specific communal decisions: painting over any writing or graffiti on the walls, regardless of its content, with neat rectangles which are often in a colour very different from the building’s facade. Trying to conceptualize these processes, the abstract artist Zakhar Kudin starts his series of paintings in the city streets, inviting passers-by to co-create and have a dialogue.

In the end, maybe the preservation of memory is also turning into actual art today?

Main photo: a still from Wintopia