Full Recovery is not canceled: 18 Docudays UA will be held online! 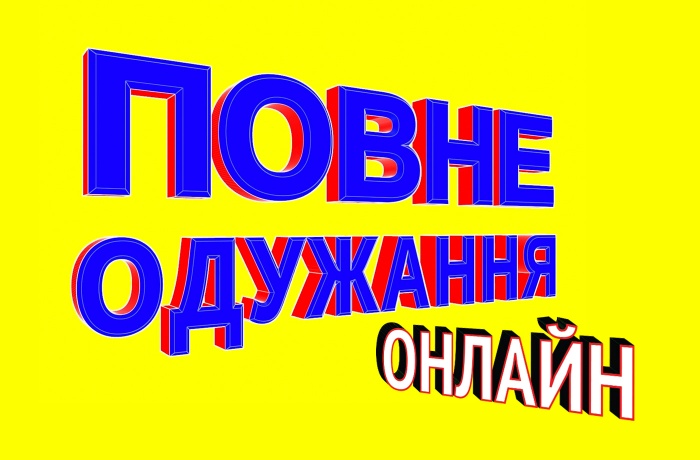 Due to the coming lockdown in Kyiv, 18 Docudays UA will be held online on 26 March — 4 April. It’s been the second year in a row when our festival was supposed to happen against the backdrop of COVID-19 exacerbation, so from the very beginning, we were ready to move all our festival activities online. The main platform of 18 Docudays UA is going to be the DOCUSPACE online cinema (docuspace.org), which enables you to join our festival discussions along with workshops and watch more than 80 films from the competition and non-competition festival programs.

DOCUSPACE platform will hold the following:

I. Screenings of films from the competition and non-competition programs, along with the retrospective of Anatolii Surma’s animation.

II. Live Streams of human rights public discussions from the RIGHTS NOW! Program, lectures, DOCU/CLASS meetings, discussions with directors of festival films from Tête-à-tête, and discussions with artists of the DOCU/SYNTHESIS program.

III. Welcome, No Entry online exhibition and an online part of Well-trodden Connections exhibition (within the DOCU/SYNTHESIS program).

IV. Live Streams of the opening and concluding ceremonies of the festival.

Additionally, some events will happen on Zoom, such as:

I. Ukrainian Doc Preview and DOCU/PRO TALKS, accessible exclusively for holders of Industrial accreditation DOCU/PRO. Ukrainian Doc Preview is a presentation of some current Ukrainian documentaries on the stage of production to the film industry experts. It was realized in cooperation with the Ukrainian Institute. DOCU/PRO TALKS is a series of workshops and lectures covering professional topics ranging from designing a project to forming a sales strategy.

II. Conversation with ‘books’ from our Living Library.

III. Online Documentary Studio DOCU/CAMP that provides children with the guidance of directors and an animator and gives them an opportunity to create their own documentaries.

The online festival will keep all the competition programs: DOCU/UKRAINE, DOCU/WORLD, and DOCU/SHORT. As is customary, the programs will be judged by a jury composed of foreign and Ukrainian experts, documentary filmmakers, and human rights advocates. Ten films are nominated, and the winner will be awarded RIGHTS NOW! Prize. It shall be given to a creative documentary film that explores the contemporary world and greatly contributes to a discussion about human dignity, freedom, and equality.

Tickets, passes, and festival accreditations allow for watching films of the competitive and non-competitive program on docuspace.org. Joining Livestream discussions is free of charge. The program Film Troubadours: Scotland and Ukraine is accessible in our online cinema and is also free.

We appreciate the importance of collective experience when watching films, so we hope to see you in Zhovten cinema halls on the offline screenings of 18 Docudays UA after the epidemic situation gets better. Besides, on 10–18 April, Dymchuk Gallery is holding a full version of the multimedia exhibition Well-trodden Connections, which is a part of the DOCU/SYNTHESIS program.

Those who bought a festival pass which enables visiting online and offline screenings, we invite you to join 18 Docudays UA in the DOCUSPACE cinema, collect a face mask with the festival brand identity and festival brand calendar. Elsewise, you may return the pass and get a full reimbursement.

We remind you that 18 Docudays UA is dedicated to the human right to health. We invite you for a deeper exploration of unfamiliar processes of unknown events and for assessing the scale of the changes the world has been undergoing from the outset of the pandemic.