Four months with the 18th Travelling Docudays UA. How was it? 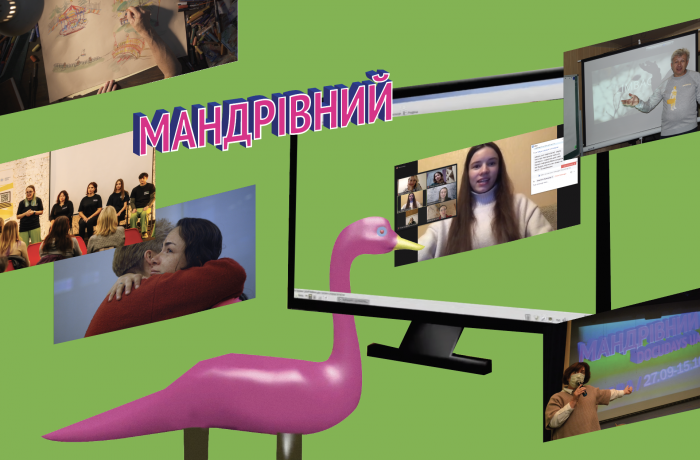 The 18th Travelling Docudays UA International Human Rights Documentary Film Festival had drawn to its close. From September to the end of December, residents of 149 cities and towns of 21 regions watched offline and online the most interesting documentaries from around the world, created over the past two years. They also joined the discussions and human rights events within the festival. We want to summarise and share the highlights of the Travelling Docudays UA 2021.

This year's programme of the Travelling Festival included 18 films from 18 countries. Film screenings were the driving force behind human rights events and discussions held by the festival's partners from all over Ukraine.

In total, during the Travelling Docudays UA 604 screenings in online, offline and combined formats, 71 human rights and cultural events were held.

The theme of this year's festival "Full Recovery" was dedicated to the human right to health. We reflected on how the pandemic has changed us, our society, and the world. We talked about healthcare system issues that emerged due to the COVID-19 crisis and worked together to find solutions. We discussed human rights and whether it was possible not to restrict them in terms of public health.

Since 1 September, five films from the programme of the 18th Travelling Docudays UA have been available at the DOCUSPACE online cinema. Also, four discussions from the RIGHTS NOW! human rights programme and a series of lectures DOCU/CLASS: What Films Do We Watch? were held on DOCUSPACE within the festival.

The journey of the Travelling Docudays UA began in September in Poltava with the film Beautiful Something Left Behind. Also, a special event took place in Poltava for the first time in the history of the Travelling Festival — the opening of the VR photography exhibition by Oleksandr Chekmeniov Welcome, No Entry within the DOCU/SYNTHESIS interdisciplinary programme. The project presented two series of works created in a closed psychiatric hospital in Ovruch in the late '90s: a colour series (reportage) and a black and white one (staged portraits). The exhibition raises the issue of respect for human rights in closed institutions. The exhibition was held in Kirovohrad region: Yuzhnoukrainsk, Kompaniivka, and Kropyvnytskyi. Visitors reevaluated their own experiences and reflected on the respect for human rights in closed institutions. The VR format of the exhibition complemented the concept and reinforced the impression of the photos. 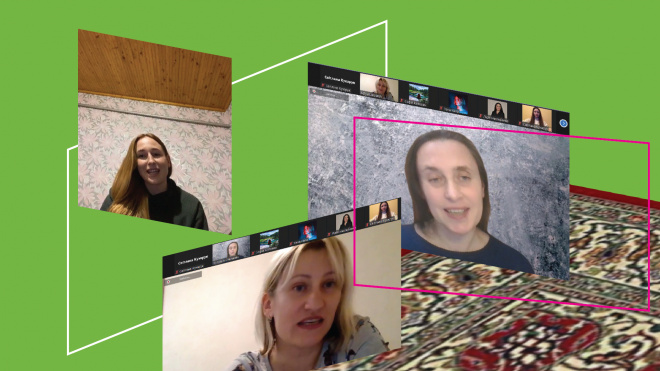 Another key event of this year's Travelling Festival was the arrival of Slovak director of the film Unseen Maia Martiniak to six cities: Zhytomyr, Kropyvnytskyi, Kompaniivka, Dnipro, Ivano-Frankivsk, and Kolomyia. Maia visited several regions within the framework of the NGO Docudays' Nationwide Campaign Together for Safe Childbirth! During her visit, regional partners of the Travelling Festival held a series of human rights events together with experts on the difficult topic of rights violations during childbirth. The campaign also launched a website for the audience to learn how to protect rights during pregnancy and childbirth.

Quarantine restrictions have brought many changes, but partners of the Travelling Docudays UA managed to adapt to the new rules quickly. Despite the "red zone" restrictions, it was possible to hold offline film screenings in compliance with all quarantine requirements in Zaporizhzhia region. The audience watched nine documentaries from the programme. In Kharkiv, Playback Theater  Zhyve Dzerkalo («Живе дзеркало») held performances in an online format. The actors worked with the issues of human rights during childbirth, as well as attracted the attention of the art community. The event followed the screening of the film Unseen.

Many closed events took place during the festival. The Travelling Docudays UA was also held in Horodyshche penal colony in Rivne region. Two screenings of Petit Samedi for prisoners who live in housing units and for persons sentenced to life imprisonment took place in the colony. After the screening, a lawyer, coordinator of the Public Reception of the Ukrainian Helsinki Human Rights Union in Rivne Region, and a regional representative of the Ukrainian Parliament Commissioner for Human Rights in Rivne Region joined the discussion. During the discussion, the audience talked about life sentence review and other related issues in the Ukrainian penitentiary system.

Partners of the Travelling Docudays UA from different regions held several joint events to allow audiences from different parts of Ukraine to join the events. Volyn, Lviv, and Rivne Regions held a large joint online discussion Give Birth With Dignity! Women's Rights to Safe Childbirth. Maia Martiniak, director of the film Unseen, Uliana Stefak, head of the Centre for Free Legal Aid in Lviv, Serhii Bahalika, author of the column #dadcandoanything (#татоможевсе) on 1+1 TV channel and ambassador of the campaign Together for Safe Childbirth!, Ksenia Shymanska, director of the Human Rights Department at the NGO Docudays and Yevhenia Kubakh, expert of the campaign Together for Safe Childbirth! joined the event.

Kharkiv and Donetsk regions held a joint press conference, which united the two regions thanks to the hybrid format. Regional partners from both regions worked together during human rights events and film screenings. Kharkiv Region held an impressive number of film screenings – 26 screenings in small towns of the region.

The journey of the Travelling Festival to Ternopil was full of interesting events like the photo exhibition Our Others — the Multicultural Heritage of Ternopil in Photos. The authors of the works aimed to draw attention to preserving the cultural heritage of the ethnic communities of Ternopil Region. 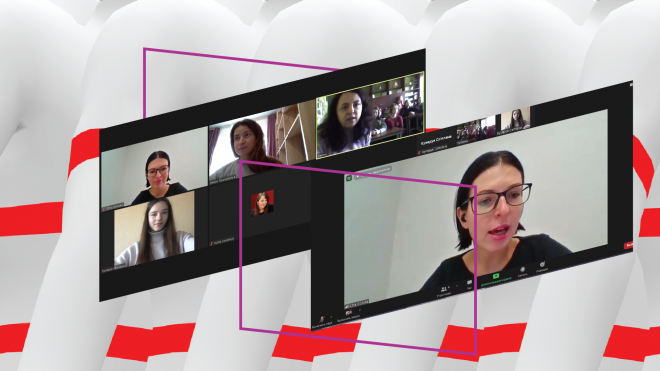 Despite the pandemic this year's Travelling Docudays UA turned out to be very rich in experimental formats. For example, an online quest for schoolchildren on the basics and principles of human rights was held in Kremenchuk. The development of the online format of the Living Library also has continued in Kremenchuk. This time, readers were discovering the issues related to the right to health. In Uzhgorod, young people reconsidered the pandemic through photography and joined the competition Pandemic: Life Beyond.

A number of master classes on drawing on the right hemisphere of the brain took place in Berdiansk. During the creative process, the participants discussed sensitive and difficult topics: violations of rights during pregnancy and childbirth, ways of protecting the rights of mothers, fathers, and newborns.

The Travelling Docudays UA ended with a screening in a hybrid format of the film Riders Not Heroes in Chernivtsi just before New Year’s Day, on 30 December. The audience also had a chance to attend a series of webinars on the importance of taking care of your mental health, stages of professional and personal burnout.

This incredible and large-scale festival, despite a large number of adjustments, was made possible thanks to the work of our regional coordinators from 21 regions of Ukraine and the entire Docudays UA team.

In total, 43 NGOs and 434 Docudays UA human rights media education film clubs across the country are the partners of the Travelling Docudays UA. We are sincerely grateful to our colleagues for their efforts! We wish to organise even more high-quality and important events within the Travelling Festival next year!

The Travelling Docudays UA International Human Rights Documentary Film Festival is supported by the Embassy of Sweden in Ukraine, International Aid Fund for Cultural and Educational Organisations 2021 of the Federal Foreign Office, the Goethe-Institut, Embassy of Denmark, the Ukrainian State Film Agency.