Meet the international jury of the competition programmes of Docudays UA 2022! 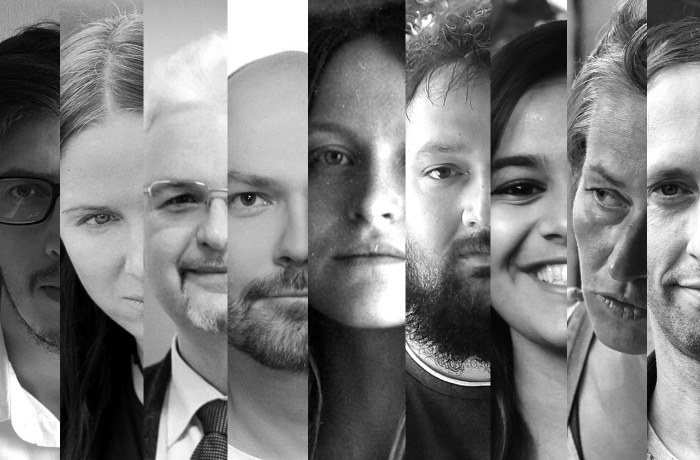 At Docudays UA 2022, the festival jury will, traditionally, choose the films that will win the three competition programmes: DOCU/WORLD, DOCU/SHORT and DOCU/UKRAINE. They will also award the prize in the special nomination RIGHTS NOW!.

Alina Horlova is a documentary and feature film director, editor, producer, co-founder of the Tabor film company.  Her documentary No Obvious Signs won four awards at the Docudays UA festival and the Best Eastern European Film award at DOK Leipzig. Her latest film, This Rain Will Never Stop, premiered at IDFA, where it won the main award in its section. The film received numerous awards at festivals, and received the CURRENT TIME award in the RIGHTS NOW! nomination at Docudays UA last year.

Marko Grba Singh is a Serbian filmmaker and the Artistic Director of Beldocs. His short documentaries At Least We’ve Met (2012) and Pale (2013) premiered at Visions du Réel. His first mid-length film Abdul & Hamza (2015) got a Special Mention at FIDMarseille. His short film If I Had It My Way I Would Never Leave was screened at the Cannes Film Festival in the ACID Section in 2017. Marko’s first feature film Rampart premiered at Locarno Film Festival in 2021.

Petra Seliškar is a filmmaker, producer, lecturer, art director and programmer at the MakeDox festival in Macedonia. She is a member of the Balkan Documentary Distribution Network MOVING DOX, the European Film Academy and the Documentary Association of Europe. She works as a consultant and tutor and has been a member of juries and selection committees for many international festivals. The films she has worked on as a director and producer were screened at many festivals, won international awards and were sold to European broadcasters.

The best films in the DOCU/SHORT international short film competition and the national DOCU/UKRAINE competition will be determined by Daniel Abma, filmmaker, teacher and member of the selection committee of the DOK Leipzig festival; Devika Girish, co-deputy editor of Film Comment magazine and a Talks programmer at the New York Film Festival; and Stanislav Bytiutsky, filmmaker, curator of the Kyiv Critics’ Week festival and the head of science programming at Dovzhenko Centre.

Daniel Abma is a director whose feature-length documentaries Beyond Wriezen (2012), Transit Havana (2016), and Autobahn (2019) were shown at film festivals worldwide and won several audience and jury awards. Abma focuses on observational, character-based documentaries about social issues. Since 2017 he has worked at Film University Babelsberg Konrad Wolf, the oldest and biggest film school of Germany. Furthermore, he works as a tutor at pitching workshops (e.g. Baltic Sea Docs Riga, CineDOC Tbilisi, Docudays UA), and has been part of the selection committee of the DOK Leipzig film festival since 2018.

Devika Girish is the co-deputy editor of Film Comment magazine and a Talks programmer at the New York Film Festival. She is also a contributor to the New York Times, the New York Review of Books, Sight & Sound, Reverse Shot, the Criterion Collection, the Village Voice, and other publications, and has served on the selection committees of the Mumbai Film Festival and the Berlin Critics’ Week. Her work has been recognized with a 2018 National Arts and Entertainment Journalism Award and a 2019 Southern California Journalism Award, among other honors.

Stanislav Bytiutsky is the curator of the Kyiv Critics’ Week festival and the head of science programming at Dovzhenko Centre. As a director, he debuted in 2014 with the documentary Goodbye, Cinephiles. He won the Kyiv International Short Film Festival in 2017 (24) and received the Kinokolo award for Best Short Film in 2020 (Intolerance).

The RIGHTS NOW! award will be given to a documentary film which explores the modern world and makes a significant contribution to the discussion of human dignity, freedom and equality. Ten films from all Docudays UA film programmes will be nominated for it. The winners in the RIGHTS NOW! nomination will be determined by Maciej Nowicki, President of the Board of the Helsinki Foundation for Human Rights; Mykola Hnatovsky, human rights advocate and expert in international law; and Yevhenia Zakrevska, lawyer and head of the Attorney Advisory Group.

Maciej Nowicki is the President of the Board of the Helsinki Foundation for Human Rights, Poland, co-founder and Director of the International Film Festival WATCH DOCS. Human Rights in Film in Warsaw. Author of the concept behind FUTURE DOCS, an international platform for creative encounters between human rights defenders and documentary filmmakers. Expert on human rights, the rule of law, and documentary film. He has conducted training sessions, served on several juries, and participated in various panel debates at several international film festivals.

Mykola Hnatovsky is a member of the Intersectoral Commission on the Application and Implementation of International Humanitarian Law Regulations in Ukraine. Since 2021, he has been a member of the International Council of Experts on the Crimes Committed During the Armed Conflict under the Office of the Prosecutor-General of Ukraine, and the president of the European Committee for the Prevention of Torture and Inhuman or Degrading Treatment or Punishment. Member of the Expert Advisory Board of the Ministry of Reintegration of the Temporarily Occupied Territories of Ukraine, expert in international law (Committee on Migration, Refugees and Population, Parliamentary Assembly of the Council of Europe). Member of the European Society of International Law and the American Society of International Law.

Yevhenia Zakrevska is a lawyer, Head of the Collegium of the Attorney Advisory Group, which has been defending the rights of the victims of Euromaidan since 2015. Yevhenia represents the victims’ interests in Ukrainian courts and the European Court of Human Rights, defends the victims of Russian aggression in Crimea and Eastern Ukraine at Ukrainian and international courts. She has a private legal practice.