We invite you to the opening of the 10th Docudays UA 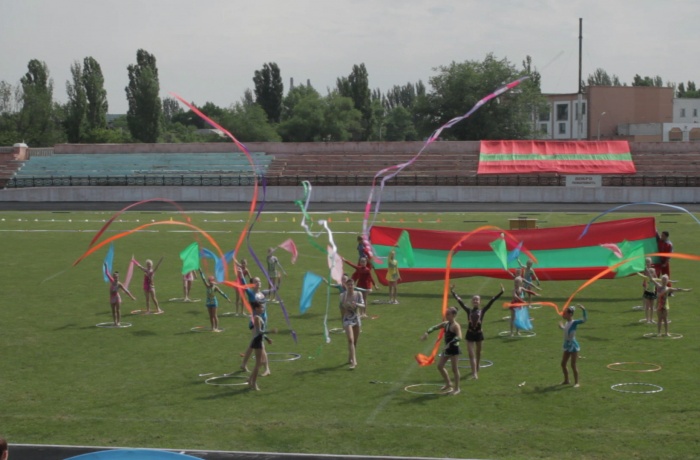 Today, March 22 at 7 pm, is the grand opening of the 10th International Human Rights Documentary Film Festival Docudays UA. After the opening ceremony in the Red Hall of Cinema House we invite you to the screening of the opening film Fortress. In this ironic Czech film the directors Klara Tasovská and Lukáš Kokeš will take you on a tour of Transnistria, ‘an open air museum of totalitarianism’, where people balance between existence in ‘non-existing country’ and European Union. Fortress was recognized as the best 2012 Czech documentary at Jihlava Film Festival.

Entrance is free, as usual.

To find out more about the opening film read an article by film-critic Ihor Hrabovych The Transnistrian Fortress.

The film Fortress by the Czech filmmakers Klara Tasovská and Lukáš Kokeš looks like a video report by a private tourist, almost intimate, a trip undertaken to Transnistria by some unnamed people, but in reality it was made by the filmmakers, whose status remains unclarified till the very end.

The filmmakers’ status is very similar to the status of Transnistria itself – an unacknowledged republic with an unclear political and economic model, which is treated differently by different characters in the film. In an interview for Radio Free Europe, one of the film directors, Lukáš Kokeš, said that after talking to local policemen who had become interested in the work of the filmmakers, he and his colleagues became very cautious in their actions, trying not to provoke the local authorities.

Free people from a free Europe were turned into typical Transnistrians, after just one conversation at the police department. That indicates not so much the Europeans’ weak spirit, but the special magnetic air of Transnistria, which irresistibly influences everyone. The source of this magnetism is named in the film – a representative of the power structure explains that the reason for the low rate of crime in the republic is the large number of policemen – there is one policeman for each Transnistrian. In effect, the police are protecting the citizens from the citizens, from their imaginary criminal impulses. This is different from simply running away from freedom; this is the philosophy of Transnistrian life, the essence of which is to specifically remove themselves from history.

Creating Transnistria was the manifestation of this removal. In the film, the origin of this republic is explained by the necessity to protect the local Russian-speaking population from the need to learn the Moldavian language and from becoming part of a new country and new times. Surely, such a removal couldn’t have happened only due to internal needs; even less so can it be supported exclusively by domestic resources, without external help. This help has traditionally been provided by Russia. Simple people in the film call Transnistria a heavenly place, thanks to its climate and social life. “There are no alcoholics or drug addicts here, unlike in Russia,” says one girl. “I couldn’t live in a big city,” says another one.

And yet, it’s hard to imagine these people as the ‘last people’, the way Nietzsche and Fukuyama meant it. They are very different from relaxed Western citizens, who consciously avoid political opposition and grand ideas. The reason is, of course, not their choice, but the secret character of Transnistria itself. The removal of Transnistria from history not only confi rms the status quo and the constant revival of Soviet lifestyles and forms, but also brings the Transnistrian people down to the status of homo sacer, pure life, which can be terminated any moment upon the wish of this or that prince from Moscow. In this context, the Transnistrians’ peaceful routines look especially creepy.