May 10-23: DOCU/RIOT at the Master Klass rooftop 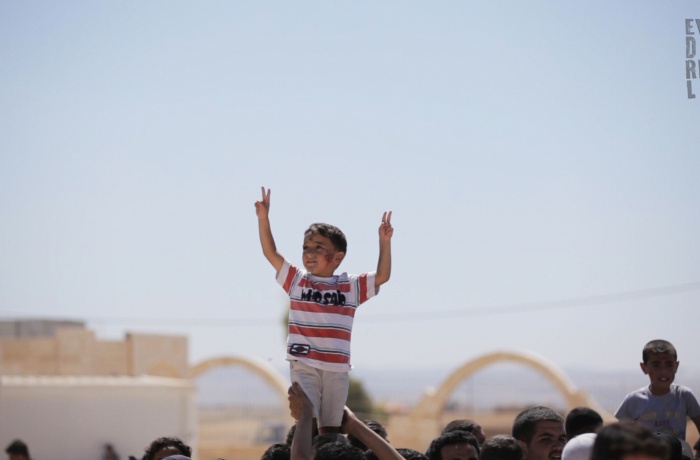 From May 10 till 23 the Docudays UA International Human Rights Documentary Film Festival invites to an open air screenings of this year’s DOCU/RIOT program. The events will take place at the Master Klass House of Education and Culture rooftop with a view on picturesque Kyiv cityscape (vul. Lavrska, 16-A). These screenings are a part of the Artforum program (April 27 – May 23).

Entrance is free! The number of seats is limited: please, register online for the first screening (Everyday Rebellion) before May 8 (6 pm). Check our website later to find the information on further screenings registration.

The Artforum also includes such events as jazz, academic, and alternative music concerts, exhibitions of paintings, graphics, and art photography, theater shows and literature meetings, and film screenings. The audience can participate in educational and discussion programs.

When you consider that your experience is unique, you feel good as long as there is progress and success. “The reasons why people are rising up around the world – tyranny, corruption, a disregard for what the public thinks – are linked. But when difficulties arise, you seek a way out based on experience,” says Natalya Gumenyuk, moderator of the DOCU/RIOT program. We invite you to reflect on the Ukrainian experience during the screenings:

What does the Occupy movement have in common with the Spanish Indignados or the Arab Spring? Is there a connection between the Iranian democracy movement and the Syrian struggle? And what is the link between the Ukrainian topless activists of FEMEN and Egypt? The reasons for the various uprisings in these countries may be diverse, but in their creative nonviolent tactics they are strongly connected.Everyday Rebellion is a documentary and cross-media project celebrating the power and richness of creative nonviolent protest and civil disobedience worldwide.

Bahrain, the forgotten country of the Arab Spring, is a small monarchy in the Persian Gulf with a population of 600,000. The local inhabitants rose up simultaneously with their Syrian, Egyptian and Tunisian counterparts in February 2011, claiming the same values – democracy, freedom and dignity. The world didn’t notice the Bahraini uprising, seeing the country as a rich and modern Western ally. Moreover, it is closed to journalists, so there was no one to show the world what was happening there. Stephanie Lamorré managed to enter the country as a tourist and to shoot footage of the bloody uprising. Over 70 people were killed during demonstrations, in prison, or in villages attacked by police. A female doctor who took care of the rebels is faced with 15 years in jail. All this contrasts starkly with the sparkling new shopping centers rising up all over the country.

On March 29, 2012, Spain experienced mass strikes against the government’s far-reaching austerity plans. In the center of Barcelona, the protests got out of hand and a small army of police armed with rubber bullets was needed to subdue the crowd. Remarkably, the doors of the Opera House, where that day Léon Minkus’sDon Quixote was on the program, remained open. On this day, 32 film students from the Master of Creative Documentary course at the PompeuFabra University also took to the streets with their cameras, and in the company of Russian documentary maker Victor Kossakovsky, to make a movie about the events of that day. The end result is a ‘film ballet’, consisting primarily of footage of the streets shot from various perspectives, accompanied by Minkus’s music.