March 23: What is worth watching 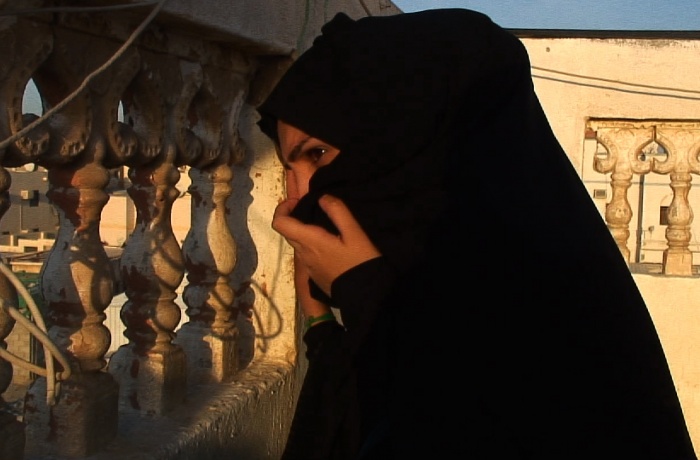 The regular working day of Dr. Krassi, nurse Mila and driver Plamen, a team working on an ambulance – one of 13 in Sofia with population of several million. Struggling against an avalanche of absurdities in a crumbling medical system and scarcely earning enough to make a living, these three are simply trying to do what they do best – save lives.

Bahrain, the forgotten country of the Arab Spring, is a small monarchy in the Persian Gulf. The local inhabitants alro rose up in 2011. But the world didn’t notice them, seeing the country as a rich and modern Western ally.

‘Loli Kali Shuba’ is the name Roma kids in Transcarpathia call a ladybug. They play with it, hold it in their hands and sing songs. Time goes by and the kids grow up. Where are they now?

Two deals with the everyday life and struggles of the widowed artist and architect Mikhail Schigol after his wife’s death in a car crash, and his son Daniel, who suffers from deafness and cerebral palsy.

This Freudian feature documentary, produced during perestroika, introduced the world of Freud’s ideas to audiences in the former Soviet Union for the first time, since his works had been banned by Communist Party censorship. The film is structured as a journey through time starting from the Lumière brothers’ Arrival of a Train, presented in 1896 (the year when Freud published his Interpretation of Dreams) to 1939, when Freud died. The film juxtaposes a dialog between the filmmaker and the patriarch of psychoanalyses himself with the history of the Soviet Union and Europe.

Film director and producer. He has made a number of feature films: Vasia (2002), Kostantin and Mouse (2006), Orange Winter (2007), and My Father Evgeni (2010). The latter won the Laurel Branch national prize as the best international film in Moscow. Currently he is working on a feature dedicated to Vahrych Bakhchanian, Vahrych and the Black Square.

Dmytro Tiazhlov’s workshop will be based on the experience of the Indie Lab project – a two months practical course in documentary filmmaking held by American and Ukrainian professionals. The project resulted in the almanac of documentary shorts “Ukraine_Voices”. At the workshop you will understand why an edited video is not yet a film, learn to prepare for a documentary shooting, create an episode plan and process lengthy daily rushes, as well as start a distribution of your film.