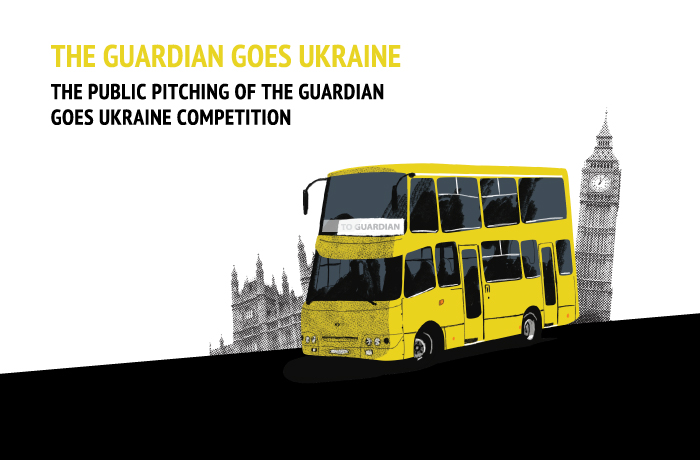 Six projects on the shortlist of The Guardian Goes to Ukraine contest were selected from among 97 applications received from all over Ukraine. They completed a training course where they learned all the tricks of pitching, and now they are ready to tell their stories to the whole world. Every team will have only 10 minutes to prove to the jury that it is their project that deserves funding. The jury will announce their decision at the closing ceremony of the Docudays UA festival. One winner will receive a £5000 grant, and two others will receive grants for £3000 each.

A story of an 18-year-old football player, a member of the girls’ football team  Ateсks from Kyiv. The author says that football is probably the only thing that makes this girl happy. The director wants to answer the questions of why the girls choose to do sports professionally, how it happens, and how our society influences their choices.

A documentary project about the construction of a ferry across the Danube in Orlivka, Reniyskiy district. This location witnesses a clash between civilisations, nations and cultures. The question is whether the life of the citizens of this Bessarabian village is going to change, who will be the first to cross the river, and whether the relatives are going to meet after 70 years of separation.

Svitlana Shymko says that this film demonstrates two ways of handling the Soviet heritage. Her aim is not to oppose or compare these two ideas, but rather to show the ambiguity of the de-Communisation process and of the way in which independent Ukraine is dealing with these ghosts from the past.

A story of Denys Surkov, a doctor who teaches the military and volunteers how to give emergency medical aid in battle. The director says the film is about love, friendship, civic position and saving people’s lives on the battlefield.

A documentary about the flower pavilion of the former Exhibition of Achievements of National Economy (VDNH), and the ambivalent feelings at the heritage of the former Soviet Union. Some of the VDNH employees support the space with all their hearts, but the changes come suddenly.

Anna Akulevich describes her documentary about the Ukrainian singer Jamala as a story of success, a story of a talented musician whose calling has taken on a messianic meaning due to the difficult political situation in the country. For the author, however, it is first of all “an intimate story of a tender woman with an eagle’s heart”.

The members of the jury:

Christine Bardsley has been a Film Advisor at the British Council since 2001, following a varied career including working overseas on aid-funded development projects. In the British Council, Christine designs film projects, curates programmes and advises on the selection of British short and feature films at international festivals and events. She also leads the British Council’s work on documentaries.

Roman Bondarchuk has been the Art Director of Docudays UA since 2011. He graduated in film directing at the Karpenko-Kary National University of Theater, Film, and Television in Kyiv (Yuriy Illienko’s workshop). Winner at international and domestic film festivals.

Serhiy Bukovsky is a Ukrainian documentary filmmaker. He studied directing at the Karpenko-Kary National University of Theater, Film, and Television in Kyiv. He worked at the Ukrainian Studio of Documentary Films for more than ten years. His 9-episode documentary series War. Ukrainian Count (2003) won the Taras Shevchenko National Award of Ukraine.

Charlie Phillips is the head of documentary purchasing and production department at the Guardian Documentary. Earlier, he worked as the executive director of Sheffield Doc/Fest.