Pamela Cohn: “It's important to allow yourself to be bored” 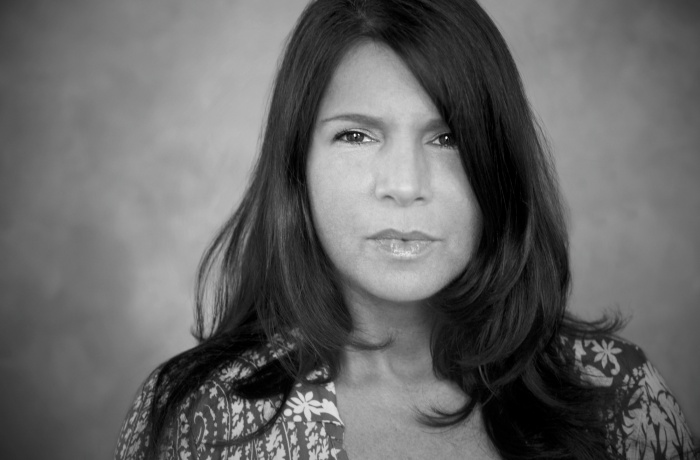 How can you find a good film? How can you make one? And how can you make people watch it? The American filmmaker, writer, and curator Pamela Cohn knows the answers to all these questions. At Docudays UA she will judge the DOCU/LIFE competition and present a program of films from the True/False festival in the US.

As a fest programmer you watch tons of films every year. I noticed that on Facebook you post about various clichés you meet in documentaries, like “repeated scenes of white freshly laundered bedsheets hanging on a clothesline blowing in the wind with wildflowers in the background in slo-mo”. Could you provide us with some more examples?

I was actually referring to that repeated scene in terms of one film where the director used this image literally over and over and over again throughout her story, until it lost all meaning and value in being there at all. Or maybe she was just in love with the beauty of it. I’m not sure.

There’s nothing wrong at all in using certain imagery as shorthand language – that can be very powerful. But there are makers who use a certain image repeatedly, it seems, just in case no one gets it. I think this reliance on certain visual tropes is lazy, and can also be an unintentional condescension to viewers.

It is the rare ‘eye’ that will seek out fresh and innovative ways of seeing the world to express what is living within the frame of his or her camera lens.

You also work as a documentary story consultant.

It’s tricky work, particularly in documentary. But more and more filmmakers kept asking me to look at cuts and give notes, and that’s really time-consuming and a lot of hard work if you do it assiduously and with a lot of care. It’s not so much about improving things as trying to help someone find their story and the best way to tell it.

What are the most common problems that you’ve met so far?

The most common issues have to do with the way in which the director and protagonist(s) have negotiated with one another during the shooting. Is there authentic collaboration? Is there resistance? Are their different agendas being played out? All of this is fascinating to play with. I think most filmmakers are worried that what they intend won’t come across and they’ll get muddled in terms of all the choices that face them dramaturgically, stylistically, and otherwise.

I think I told you I liked boring films in a bit of a tongue-in-cheek way, but I feel like it’s important to allow yourself to be bored. What I meant by that is in the way I encounter work that doesn’t engage me right away in any facile way – it’s a bit difficult or distant and maybe sometimes a piece of work is asking me to come closer, to step in and engage, rather than sit passively and let something wash over me. There is pleasure in that, but personally, I want something more substantive, and that comes from being patient sometimes for whatever riches might be there to unearth. I like mystery; I like being disoriented and a bit bewildered; I like being surprised. If you are intent on watching lots of good films, you have to hone the fine art of being bored.

How did you start your Albanian/Kosovar project Hearth | Homeland? Why do you only have male subjects?

Since 2010, I had been working in Kosovo with Veton Nurkollari who runs DokuFest, and one day he asked me if I’d like to take a ride to Albania to take someone home to Tirana. It was like I was being asked if I wanted to take a trip to Mars, even though the Albanian border from Prizren is only about 20 minutes away. But Albania seemed like such a mythical place for some reason – and in many ways, for me, it still does even after living there for a year.

My subjects are a handful of Kosovar and Albanian men of various ages, most of whom have become close friends and all of whom are excellent storytellers. Each guy holds a fascinating personal history, but also a way in which he relates to the landscape around him. It’s a very mysterious project and much of it is somewhat intuitive. Most of my friends there are male simply because as a single middle-aged Western woman living in a very traditional society, I can move around like a man and be in the company of men without a problem.

A co-founder of the documentary school in Moscow, Marina Razbezhkina, once said that the most important quality for any documentary maker is curiosity.

I would agree with Razbezhkina. But I also think a good film director needs to have vision, a bespoke way of seeing and interpreting the world that he or she works extremely hard at realizing. They are patient with their process, and they are looking and listening for what speaks to them, and then they go about the hard work of figuring out how to make that into a movie. It’s the hardest thing in the world and, lately, for some strange reason, a lot of people think they can do it too!