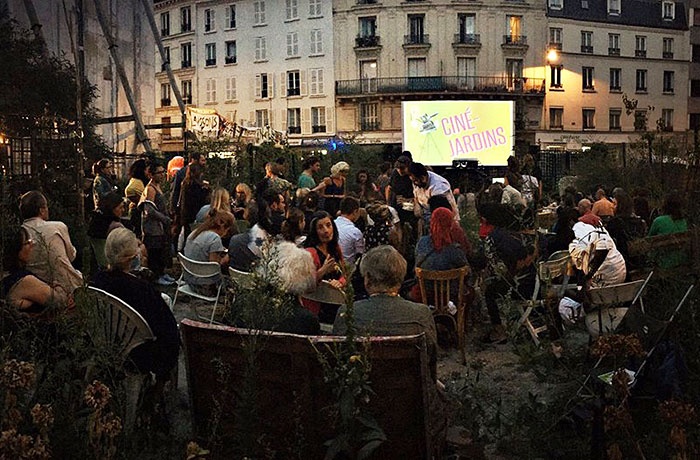 As Docudays UA celebrates the fourteenth year of its existence, it’s about time for the festival to become much more mature. This year, the festival is launching its own industrial platform. DOCU/PRO is the special section, purposes of which are to connect young documentary filmmakers with the leading international players on the field of documentary film production, to share experiences of movie promotion on different stages of production, to teach them to present their film projects at pitching sessions, to help them find international partners and deepen their knowledge of film production process in general. Yuliya Serdiukova, coordinator of DOCU/CLASS and festival’s photo exhibitions, tells what to expect from DOCU/PRO platform.

This year’s industrial platform consists of two blocs. The first bloc includes professional lectures and presentations, which will take place in the location that’s very well known to our regular viewers – in the DOCU/CLASS auditorium on the second floor of the Cinema House.

The program opens with the meeting “Festival promotion and film publicity” with Thessa Mooij, American publicist who is also a jury member of DOCU/LIFE program. The lecture will include examples of successful PR campaigns of the films, and will also provide an opportunity to discuss applications for film festivals, work with the festivals, and PR process – both for cases of promoting your own movie and of cooperation with a PR manager.

Three presentations will help young filmmakers to navigate the world of international industrial platforms during the process of movie projects development and search for financing. Head of the industrial section at one of the world’s biggest documentary film festivals DOK Leipzig, Brigid O’Shea (also a member of DOCU/SHORT jury), will introduce this festival’s opportunities for international film projects development, and will tell about illusions and realities of being a part of the international film market. Miriam Ryndova will talk about various initiatives by the Czech Institute for Documentary Cinema, such as East Doc Platform, East Silver, Ex Oriente Film, and others (teaching you to tell the difference between them once and for all), and will also conduct a short guided tour around television slots and other possibilities of coproduction of all the European countries. Finally, Latvian producer Uldis Cekulis, who worked on this year festival’s closing movie, will share his subjective experience of navigation through different pitching forums and international workshops, as well as secrets for finding partners during the film production process.

French team of documentalists La Fabrique Documentaire will share its experience of participation in the full cycle of documentary activism: from creation of critical documentary works through educational screenings on the periphery to creation of programs for well-known film festivals. Alexia Muíños Ruiz, filmmaker and deputy director of EWA (European Women’s Audiovisual Network), will present the main results of the European Women Filmmakers Research (which includes not only statistics, but also information on problems and barriers against access to film industry and work in it that are encountered by women) and will tell how young women filmmakers can survive with help of technologies and networking. Agata Etmanovicz will discuss the importance of the audience evolution as the crucial factor for development of the unique identity for cultural institutions.

The second bloc of DOCU/PRO industrial program is the final stage of three long-term workshops – DocWorks: UA/UK, Warscape, and Youth about Ukraine that have been conducted during one year by Docudays UA together with its partners: British Council in Ukraine, Sheffield Doc/Fest, the International Red Cross Cross Committee Delegation in Ukraine, and the French Embassy in Ukraine. These three very different programs had a common purpose, which is primary for most Docudays UA side projects: development and support of Ukrainian non-feature films. During the festival, closed intense trainings will be held for the participants of these workshops. On 30th of March at 10 AM in Cinematheque hall of ”Kyiv” movie theater, 15 projects from Ukraine, the United Kingdom, and Georgia, will be presented to the audience and the jury board at the open pitching session. The best projects will receive money prizes. The winners will be announced at the festival closing ceremony on 30th of March.

Please follow the link for detailed descriptions of all the festival events. See also the interview with festival programmers, Gennadiy Kofman and Olga Birzul, about the reasons why Ukrainian documentary needs its own industrial section.